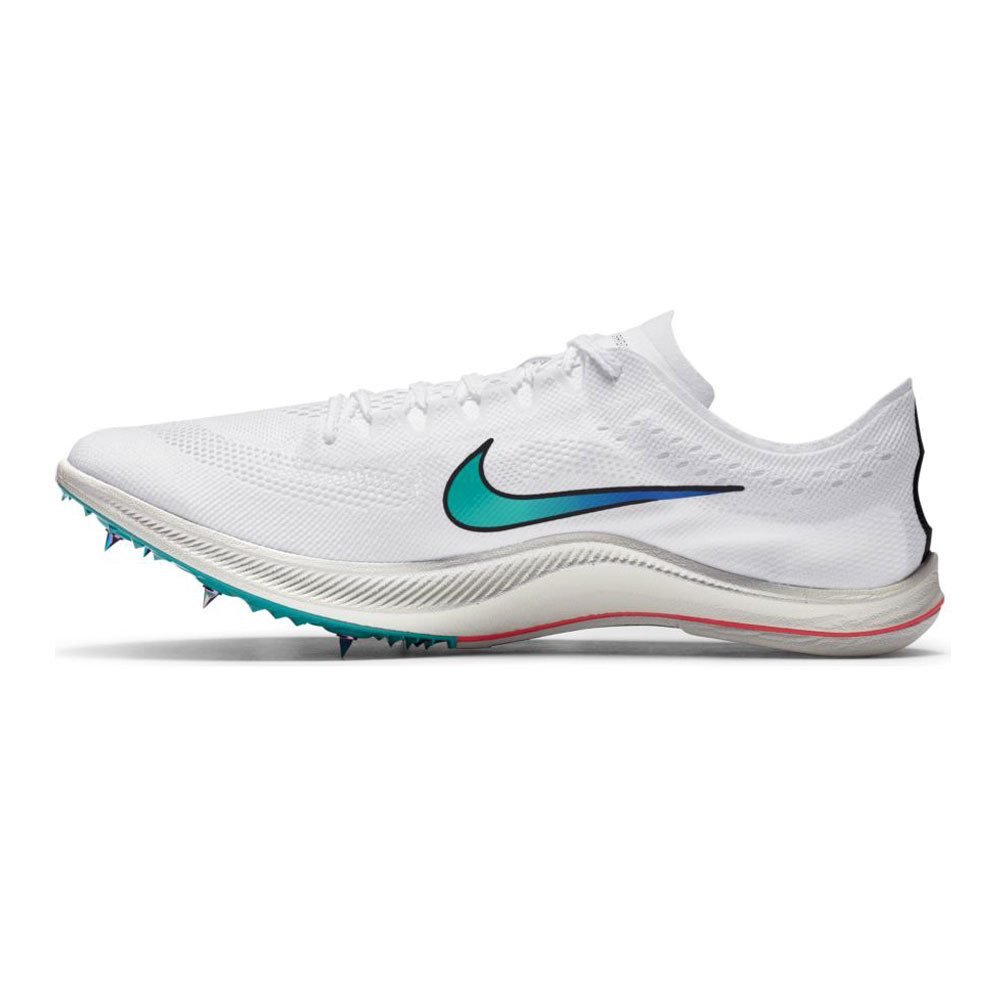 Sebastian Coe is not concerned about the advantage that Nike spikes bring to the track nor any of the carbon-plated road shoes — he cites the gregarious advances as innovation.

During 2020, there were several world record performances on the oval by athletes wearing Nike-branded shoes. For example, Ugandan Joshua Cheptegei took both the 5000m and 10,000m world records. Both records were previously owned by Ethiopian Kenenisa Bekele. Cheptegei ran 12:35.36 and 26:11.00. He also took the world 5K road record in Monaco with a 12:51 performance. The two former records sat for 16 and 15 years, respectively.

Ethiopian Letensenbet Gidey broke the 5000m record with her Valencia performance of 14:06.62 in October. She also set a national record in the 3000m at Cobb Track in Palo Alto, CA with an 8:20.27 clocking. Tirunesh Dibaba, also of Ethiopia had the previous 5000m record from 2008 at 14:11.15. These — including Dibaba’s and Bekele’s records — are stunning achievements.

Coe told the Guardian in an article (Sebastian Coe shrugs off concerns that Nike track spikes give unfair advantage, Sean Ingle Jan. 3, 2021), “I remember a period in the mid-2000s where Adidas were the kings of the podium, particularly in distance. So these things come in cycles. And there is a built-in dynamic where shoe companies mercifully are still investing a lot of money into the research and development of shoes. And I’m pleased they’re doing that.”

Both Cheptegei and Gidey competed in the Nike ZoomX Dragonfly.

Kenyans Kibiwott Kandie and Peres Jepchirchir not only won the 2020 World Athletics Half Marathon Championships on Dec. 6, but they also improved on the world records. Not only did Kandie break the former world record, but so did the next three athletes who finished behind him. The four recorded times of 57:32, 57:37, 57:49, 57:59. It was a jaw-dropping display of shoe technology. All four are the first to break the 58-minute benchmark. The performances leave former record holder Geoffrey Kamworor (58:01) of Kenya rendered as a near-forgotten man — he just set the record in 2019. The fifth-place finisher from that race now owns the sixth-fastest performance all-time at 58:11.

Jepchirchir twice took the world record for the women’s only half-marathon. She has run as fast as 65:34 and 65:16. The latest was run during the 2020 World Half Marathon Championships in Gydnia, Poland in October. Like the men’s race, the next three women that finished behind Jepchirchir were under the previous record, and all under 66-minutes.

If former world record holder Haile Gebrselassie (Gebr) who ran a 2:03:59 in 2008 wore super shoes, would he have run as fast as Eliud Kipchoge’s current world record of 2:01:39?

In 2008, Adidas launched the adizero adios designed for Gebr, the fastest man in the world. He set 26 world records (not all of them in that shoe). As Coe suggested, from 2008 to 2017 the adios was the shoe you had to have.

In 2018, Kipchoge, the fastest man in the world, strides onto the scene. He is a Nike athlete and hence the Vapor Fly 4% was created. Kipchoge lowered the marathon world record that year in Berlin to 2:01:39. Prior to that, he struggled to get after the world record that was then owned by Kenyan Dennis Kimetto at 2:02:57 — what would Kimetto have run in super shoes?

The effect is broader in scope than just at the world record level. The roads and tracks were filled with national records and Olympic qualification performances during 2020. Some or many of those performances may never have been achieved if not for shoe innovation. Are better athletes potentially missing the Olympic Games? Well, they better start shoe shopping, rather than sponsor shopping.

World Athletics (WA) had first ruled against shoes that offered a measurable advantage over others, provided they were available to everyone. Prototypes were not allowed. Then interestingly, WA changed that rule to allow prototypes. It was the shoe manufacturers who lobbied the worldwide governing body — no surprise there, follow the money trail — it’s as long as an ultramarathon.

Apparently, all major shoe manufacturers and the World Federation of the Sporting Good Industry lobbied hard. They represent a lot of sponsorship dollars.

It is debatable whether WA followed their own rules anyway, so not much has changed.

Article: Shoe doping: World Athletics is not enforcing the rules that they publish

Is it fair that an athlete may receive a four-year ban from a grain-of-salt-sized volume of steroids when consuming meat from steroid-fed cows? Yet wearing shoes proven to give up to a 4 per cent performance improvement is perfectly okay? Athletics Illustrated is not defending any amount of steroids found in test results. And, of course, the World Anti-doping Agency doesn’t preside over shoe technology limits, but you get the gist.

None of this makes any sense whatsoever until one considers the dollars that are at stake for the sport of Athletics. For example, the United States Track and Field (USATF) team is sponsored for 23 years (starting in 2014) for half a billion dollars by Nike. For context, Nike turns over approximately $30-billion USD in total sales annually. It’s a lot of money for USATF, not so much for Nike.

Apparently now is not the time to say no to sponsors. Adidas ended their long-term deal with WA three years early due to widespread and systematic doping in Russia, which led to their ban. The former President Lamine Diack is in jail and his son, Papa Massata Diack has been charged and convicted but remains in his native Senegal, having avoided extradition. Adidas wanted to walk away and in their wake ran in Japan-based Asics who are now sponsoring until 2029, to the tune of more than $100-million USD. There are only so many shoe companies to burn through.

In the race to build a better shoe, far be it for World Athletics to get in the way of innovation when so many dollars are at stake. Expect the super shoes to continue to run away with the major sports awards and for the athletes who wear them to continue to rewrite the record books. It will keep our minds off of the doping albatross that has nearly sunk the near-niche sport.