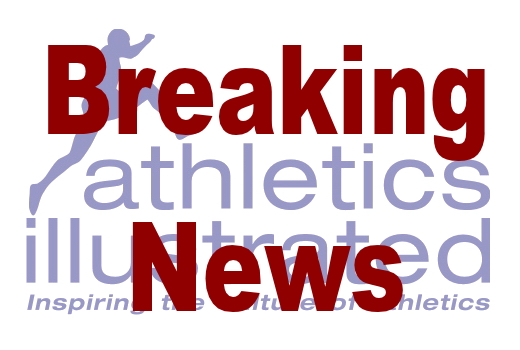 The number of athletes suspected of doping is higher than had ever been thought – that is the conclusion reached by the world’s leading blood doping experts in the ARD documentary “Doping – Top Secret: The Shadowy World of Athletics”, following the analysis of a secret database of the World Athletics Federation IAAF.

The list of more than 12,000 blood tests from around 5,000 athletes in the years 2001 to 2012, including
numerous Olympic and World champions, was initially statistically analyzed by the ARD Doping Editorial Team which is based in the WDR, together with the British newspaper the Sunday Times, and then passed on to leading blood doping experts for their review.

With the Australians Michael Ashenden and Robin Parisotto, two of the world’s most experienced scientists in the field of blood doping were commissioned with the analysis by the WDR. Ashenden and Parisotto, both co-inventors of the EPO detection method, came to a sobering conclusion: A total of 800 athletes in disciplines from 800 metres to the marathon register values which, according to the definition of the Biological Passport of the World Anti-Doping Agency (WADA) are regarded as suspicious or even highly suspicious. In the analysis of the blood levels of the medal-winners at World Championships and Olympic Games between 2001 and 2012, in the same disciplines that expert judgment is even more alarming: according to the figures, every third medal was won by athletes, for whom one or even both experts had identified suspicious blood values in the database. For every sixth medal winner at least one of the scientists is even as good as certain that the athlete has doped in the course of his/her career.

“Often two out of the three medallists had probably engaged in blood doping during their career. In one event the entire podium was comprised of athletes, who in my opinion had most probably doped at some point in their career”, according to Michael Ashenden.

What is striking, is that the great majority of the athletes who appear in the database with suspicious blood values, have not been sanctioned. A process is only running against one-third of them, or they have already been suspended. The remaining two-thirds have never been found guilty. A disparity that is even greater among the medal-winners: of 46 medals which were won by athletes with suspicious values, only four have been disallowed. Michael Ashenden criticizes the anti-doping policy of the IAAF: “For the IAAF to have harvested millions of dollars from the broadcasting of athletics competitions around the world year after year yet only devotes a relative pittance of those funds towards anti doping, when they must have seen the terrible truth of what lay beneath the surface, is in my opinion a shameful betrayal of their primary duty to police their sport and to protect the clean athletes.”

Robin Parisotto also sees the World Federation, in particular, as being responsible: “So to me whoever within the IAAF and national Federation is responsible for managing those results, according to his assessment, have obviously done not a very good job.“The world athletics governing body IAAF rejects any criticism about its results management and emphasizes that methodologically reliable for the detection of doping are only analyses which follow the strict testing requirements of the Biological Passport for Athletes. “Any other approach, in particular, the use of data collected over a longer period for different purposes, with different objectives and with different methods of analysis, is nothing more than speculation”, it claims in a written statement.

Robin Parisotto and Michael Ashenden know these requirements and have worked with the same methods of analysis which are also used in official detection methods. They stand by their assessment.

A comparison of the results of the evaluation of the database for cycling makes it clear that the share of striking blood values in athletics in several years was even significantly higher in than it was in cycling, which has long been considered sport’s biggest doping problem. Robin Parisotto: “To put it simply, the prevalence of doping in track and field is alarming, despite the criticism in a sport of cycling in comparison has responding well to the challenge, that they faced back in the late 90s and early 2000s. That is the challenge now, that it seems to be confronting the IAAF. So in terms of where they are, they probably ten or fifteen years behind cycling.” Michael Ashenden: “(…) it suggests to me, that athletics is in the same diabolical position today, that professional cycling was in 20
years ago.”

For a series of athletes in the database, the blood values were even life-threatening, in the opinion of the experts. Michael Ashenden makes the comparison with the deaths of young cyclists in the nineties as a result of the alleged use of EPO: “In the database it wasn’t just the medal-winners who had extreme blood values. If it is true there was a spate of deaths in professional cycling, when EPO first appeared during the early 1990s, then I worry there may have been a larger hidden trail of death in athletics.”

The ARD documentary “Doping – Top Secret: The Shadowy World of Athletics”
(Saturday, 1 August 17.05 hrs. Das Erste) can be found under the following link in the
Mediathek Das Erste:  www.daserste.de/information/reportagedokumentation/
dokus/sendung/geheimsache-doping-110.html

Watch the German documentary here. English will be available here.