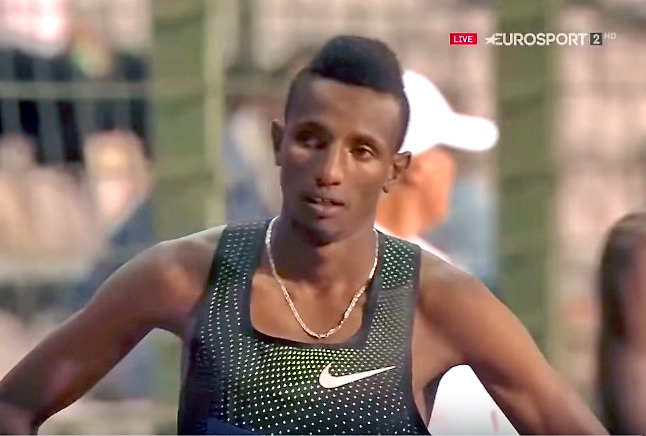 Only Ethiopians Kenenisa Bekele and Haile Gebrselassie as well as Kenyan Daniel Komen, have run faster than 18-year-old Selemon Barega of Ethiopia in the 5,000-metre event, all-time.

The top Canadian was St. Catharines, ON native Mohammed Ahmed who finished eighth overall in 13:03:08, less than two seconds from the current Canadian record of 13:01.74, which he set two years prior.

Barega opened with a 2:32.80 first km. With confidence, he followed Kejelcha to a 7:44.60 3,000-metre split. Kejelcha’s sacrifice put him third in the race and 12th all-time. Barega’s performance was sixth all-time, while Gebrhiwet’s is 10th.

Two of the top-five performances all-time are by Bekele and Gebrselassie with two each and Komen’s 12:39.74.

Fourteen of the top-20 performances all-time are owned by Ethiopian athletes, four by Bekele, three by Gebrselassie, two by Gebrhiwet, while Komen owns three of them.

In Lausanne last year, he broke the 13-minute benchmark with a 12:55.58 performance.

Barega is the U20 defending IAAF World Track and Field Championships gold medallist from Bydgoszcz, Poland two years ago, where he finished in the time of 13:21.21.

He is also the U20 African Games champion and has won two other Diamond League meets this year.