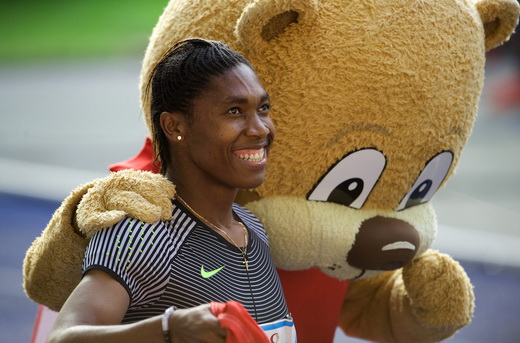 Caster Semenya has lost her landmark case against the International Association of Athletics Federations (IAAF), meaning she will have to take medication to reduce her testosterone if she wants to continue running on the world stage.

The Court of Arbitration for Sport (CAS) has been deliberating on what it has labelled one of the most “pivotal” cases in its history and has announced the verdict today.

Semenya, a double Olympic and triple world champion over 800 metres, was challenging the IAAF which had been hoping to bring in new rules on female participation.

The IAAF claimed the South African and other female runners with high testosterone levels, who compete between 400m and the mile, must either take medication or compete against men.

According to the world governing body, this was to create a level playing field but the 28-year-old Semenya and others argued the testosterone in her body was naturally occurring and so to ban her would be unfair.

In October, the IAAF delayed the implementation of the new rules until the proceedings had concluded.

Semenya is by far the most high-profile athlete who the rules will impact.

The case has provided heated debate, with Athletics South Africa (ASA) and the United Nations Human Rights Council both publicly criticising the IAAF.

The former had accused the IAAF of breaking rules related to the case last month.

“The arbitration procedures concerned the ‘IAAF eligibility regulations for female classification (athletes with differences of sex development)’ (DSD regulations) that were due to come into effect on November 1, 2018 and which are currently suspended, pending the outcome of the CAS procedures,” a CAS statement reads.

“The CAS has dismissed both requests for arbitration.

“Caster Semenya and ASA requested the DSD regulations be declared invalid and void with immediate effect.

“They consider them as being discriminatory, unnecessary, unreliable and disproportionate.

“The IAAF contended that the DSD regulations do not infringe any athlete’s rights, including the right to equal treatment, but instead are a justified and proportionate means of ensuring consistent treatment, and preserving fair and meaningful competition within the female classification.

“There is no dispute that there should be a separate classification for female athletes – a binary divide between male and female.”