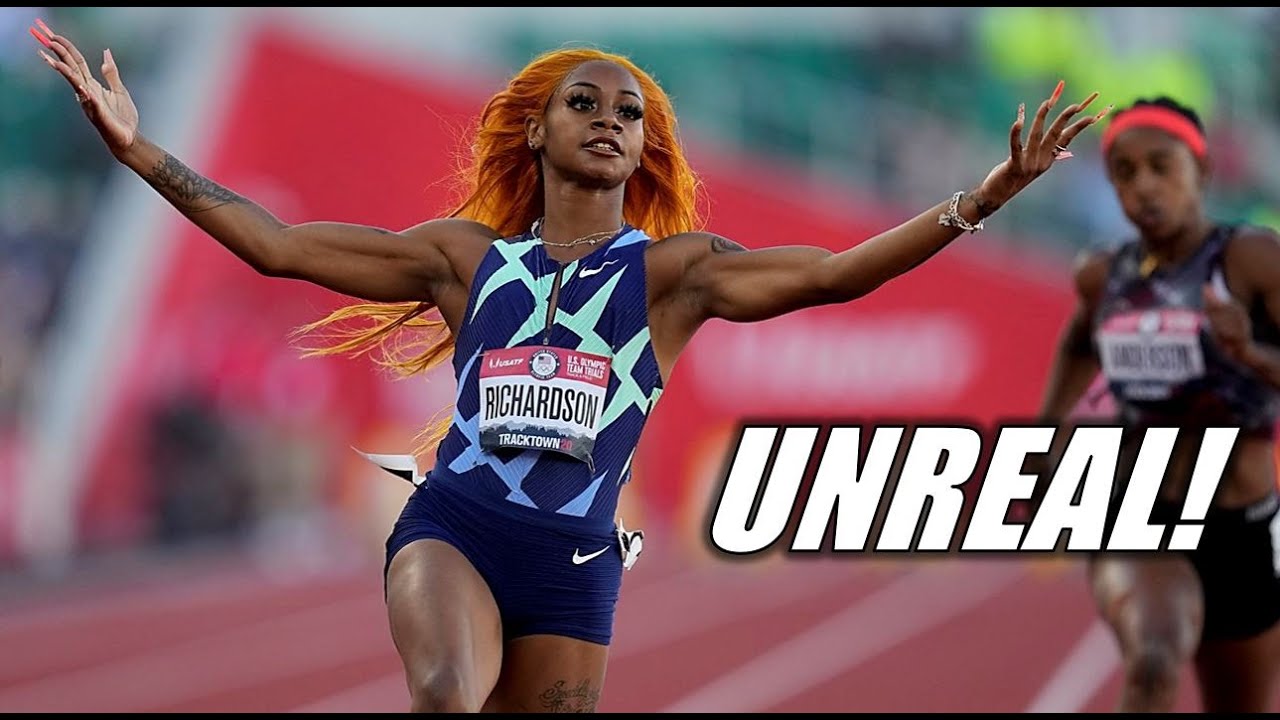 The well-documented one-month suspension to American sprinter Sha’Carri Richardson for testing positive for THC continues to reverberate throughout social media. It is seen as an injustice to the flamboutant 21-year-old who recently lost her mother. She may still be able to compete in the 4 x 100 metre event. There are basically two camps, there are those that suggest rules are rules – ala President Joe Biden – or that THC is not a performance enhancer in events such as the sprints. A number of American athletes have publicly supported Richardson and feel she should be able to compete.

But majority of y’all rule makers smoke and probably are investors in THC companies. Let’s stop playing these games https://t.co/hT3H6kw45T

Rwandan marathon runner Félicien Muhitira has been thrown off the team after breaching COVID-19 rules during a training camp.

The Rwanda National Olympic and Sports Committee (RNOSC) said Muhitira had left the camp at a hotel in Nyamata without permission.

“Muhitira was deliberately violating the rules and regulations of the training camp by leaving it without permission and especially violating the countermeasures taken to prevent the spread of COVID-19 as requested by Tokyo 2020”.

Brianna McNeal was found to have been tampering with the anti-doping process and was banned for five years. She appealed the Athletics Integrity Unit’s (AIU) suspension to the Court of Arbitration (CAS) however, the suspension was upheld. She will not be competing at the Tokyo Olympic Games.

This suspension will effectively end the 29-year-old’s career. She competed in the 2016 Rio Olympic Games winning a gold medal in the 100m hurdles event in the time of 12.48. Her personal best is 12.26.

McNeal, (nee Rollins), competed in the U.S.A. Olympic trials while her appeal was being heard by the CAS. She finished second in the time of 12.51 behind world record-holder and world silver medallist Kendra Harrison. The Trials performance would have qualified her for the team if the CAS overturned the AIU suspension.

Unbeknownst to Christine Mboma and anyone around her, she lives with a difference in sexual development (DSD) which causes high natural levels of testosterone. This is similar to the Caster Semenya story, an athlete who lives with Hyperandrogenism and self-identifies as a woman.

A Namibia National Olympic Committee (NNOC) statement confirms the finding after World Athletics conducted tests on Mboma as well as Beatrice Masilingi, both 18 in Italy.

“It is important to understand that both our athletes were not aware of this condition neither did any family member, their coach, or the NNOC-CGA were aware of it,” read the NNOC statement.

Kenya is a Category “A” country on the World Anti-Doping Agency watch list. Therefore all the athletes hoping to participate in major world athletics championships must go through three out-of-competition tests within 10 months before the events.

On Facebook, the 20-year-old Mpoke wrote, “I am so sorry that i can’t compete at Tokyo Olympics 2021 even though I have been preparing well despite all the challenges I went through towards the event and meeting qualifying Olympic standards.”

Apparently, the tests were conducted by an NCAA university, not by a World Anti-Doping or United States Anti-Doping Agency-approved lab or process, therefore, he is out.

Kenenisa Bekele has been left off of the Ethiopian Olympic team heading to Tokyo. Choosing not to nominate Bekele may come back to bite the Ethiopian Athletics Federation.

Complaining on the Ethiopian Athletics Federation, Kenenisa announced he will not participate in the Ethiopian Olympic Trial to be held on Saturday because the time gap between the qualification race and the #Tokyo2020 is too short
He also claimed he's in a good health condition pic.twitter.com/wcrsfsovH3

Bekele is the second-fastest marathon runner all-time with his personal best of 2:01:41 which he set during the 2019 Berlin Marathon. Only Eliud Kipchoge has run faster with his 2018 Berlin performance of 2:01:39. Bekele’s time is the national record, Kipchoge’s is the world record. Bekele’s performance may arguably be better considering the weather conditions were poor for his race.

Bekele had tweeted two weeks prior to the Ethiopian Marathon Trials that he will not compete as it is too close to the Olympic Marathon. Traditionally, EAF has selected their athletes based on time run during the qualification window. Bekele ran his 2:01:41 during the initial qualification period before the COVID-19 pandemic was declared. EAF switched gears and decided to hold a trials.

A number of athletes from various countries are unable to compete in the Tokyo Olympic Games starting on July 23. Meanwhile, suspended Russia is sending a delegation of 335 athletes and coaches. Some athletes are competing under a neutral flag.

A number of athletes from various countries are unable to compete in the Tokyo Olympic Games starting on July 23. Meanwhile, suspended Russia is sending a delegation of 335 athletes and coaches. Some athletes are competing under a neutral flag.

With a sprinter suspended for smoking marijuana, at one end of the spectrum and at the other, a banned nation gets to send one of the largest delegations, neutral or otherwise, is wrong.