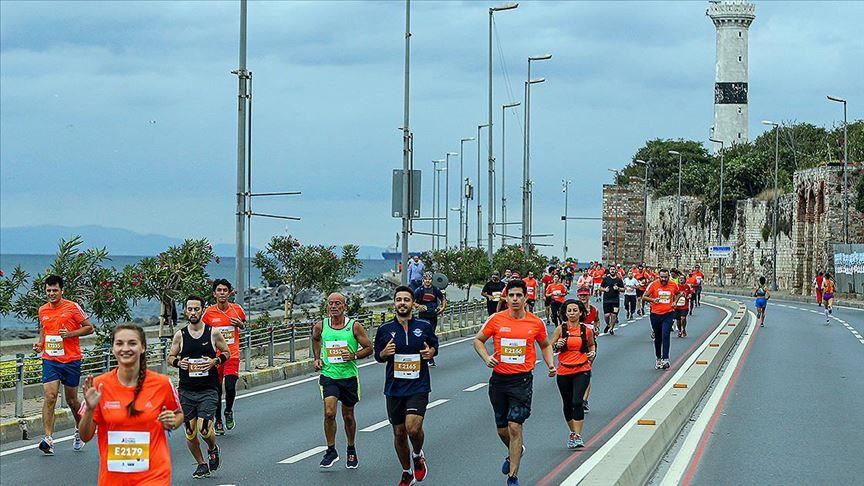 Sezgin Atac and Fatma Demir won the Istanbul Half Marathon on Sunday. The race was able to be run with just elite athletes. A total of 47 toed-the-line.

There was a close finish with Spanish runner Adel Mechaal finishing less than a second behind Atac for second 63:17, while Kenyan Benard Sang finished in third position, 35 seconds back.

Kenyan athlete Daisy Jepto Kimeli finished in second place, back at 73:29. The third-place finisher was Turkey’s Esma Aydemir who finished in the time of 75:40.

The 24-year-old Demir also ran a half-marathon in Zagreb, Croatia in August, finishing in the time of 73:48.

In a unique social distancing measure, apparently athlete wore masks at the start and removed them at various points early in the race, then were handed new ones at the finish.

Only Turkish citizens and foreigners who happen to live in Turkey were permitted to compete in the race.