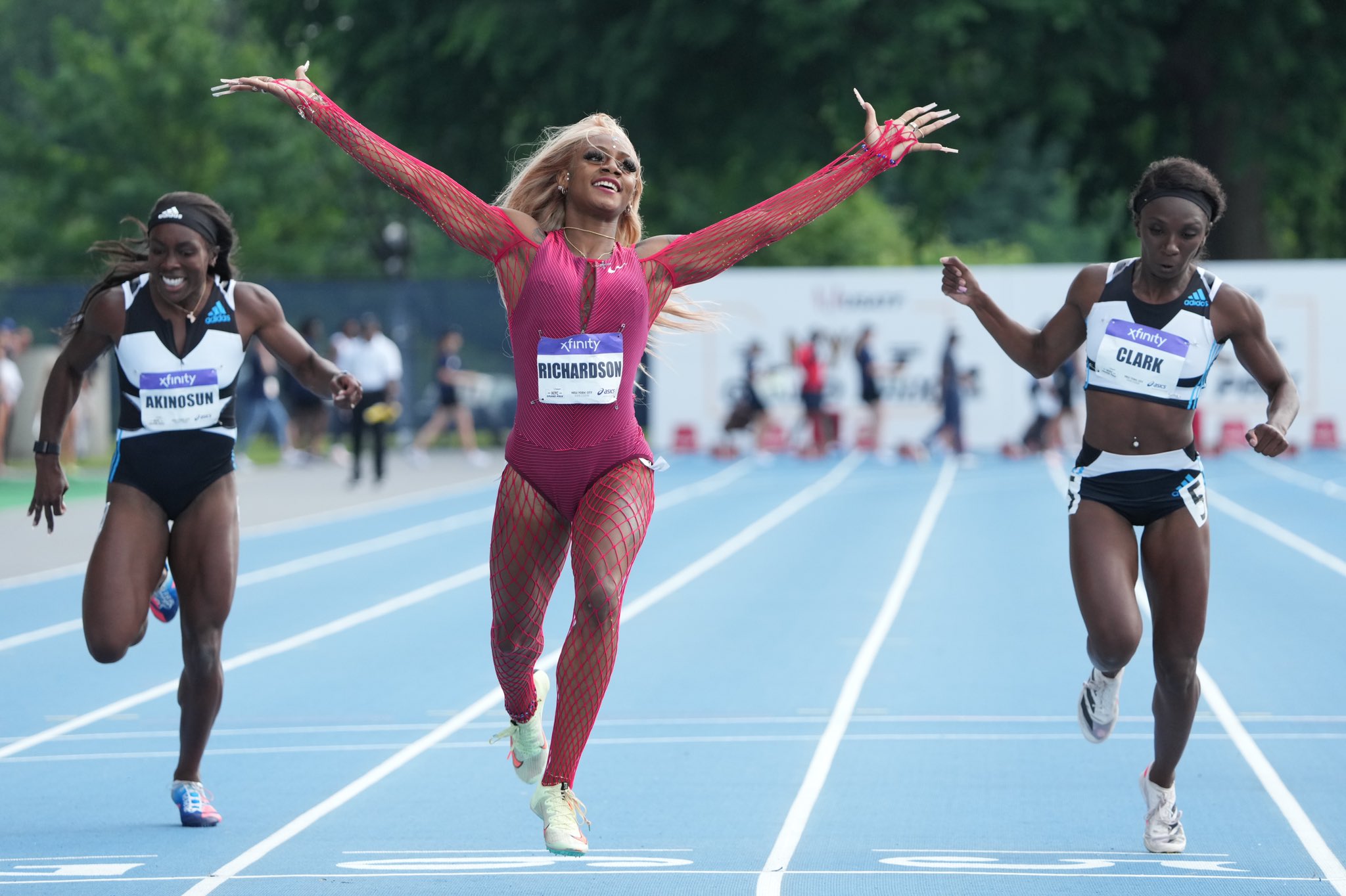 The USATF New York Grand Prix took place Sunday at Icahn Stadium in Manhattan, New York, and some stars came out to shine.

As expected, Noah Lyles won the 200-metre event in a season’s best seconds 19.61 seconds. He made it look easy.

Lyles was the only one in the race to breach the 20-second barrier. Coming close to the benchmark, Kyree King, finished in second place clocking a 20.02 performance. Meanwhile, Brandon Carns took third in 20.07.

The 24-year-old Lyles — the Tokyo Olympic bronze medallist with his 19.74 performance — has run as fast as 19.50 three years ago at the Stade Olympique de la Pontaise in Lausanne. For King and Carnes their performances are new lifetime personal bests.

Lyles, who was wearing a mic before the race was heard saying, “I’m obviously in shape. It’s over, it’s already cemented, we’re just going to have fun.”

In case you didn’t know, @LylesNoah is FAST! 💥

If Lady Gaga and RuPaul had a baby, it would be whoever Sha’Carri Richardson was channeling on this day. The 22-year-old sprinter won the 200m in the time of 22.38.

Potentially for a crowd-pleaser, her attire was more outrageous than the last time she raced when she wore a tiara. This time it was blonde hair, fishnet stockings, and a one-piece reddish, pinkish suit. Her trademark 200m eyelashes came around the bend to the straightaway well ahead of the field.

Entertainingly, post-race she said, “It feels peaceful, it feels fulfilling, I’m glad that I made the fans happy but it feels so much better being back at home within myself, my heart, my spirit, and I just want to continue to just thrive, that’s all.”

She was feeling good after finishing second in the 100m and taking the 200.

As expected, Americans swept the podium in the 100m event with Richardson clocking a season’s best 10.85 but was beaten by Aleia Hobbs who clocked a 10.83 time with a meet record and personal best performance for the win. Teahna Daniels took third in 10.99.

In the 200m, American Tamara Clark took second in the time of 22.62. The third-place finisher was Tynia Gaither of the Bahamas in 22.66

After her season's best in the 100m, @itskerrii clocks 22.38 FTW in the 200m to round off her USATF NYC Grand Prix double in style.#ContinentalTourGold pic.twitter.com/8cO1fxSMOQ

The legendary Aries Merritt holds the world record in the 110m hurdles at 12.80 seconds — for some time the performance seemed insurmountable. Nearly a decade ago, he set the mark in Sept. 2012 in Brussels, Belgium. American Grant Holloway has come very close to that mark. As it stands, for now, he holds the second-fastest time in history at 12.81.

Interestingly, on Sunday, Philadelphia Eagles wide receiver Devon Allen clocked a meet record, a personal best, and the third-fastest performance of all time with a 12.84-second sprint. He defeated Holloway who was well back at 13.06. Daniel Roberts finished third in the time of 13.17.

Allen’s performance should not really be a surprise as the did finish fifth in the Rio Olympic Games and fourth in Tokyo. However, in NY, Holloway was pedestrian in comparison. Watch out for Allen in Eugene in July, where he may finally earn a global championships medal.