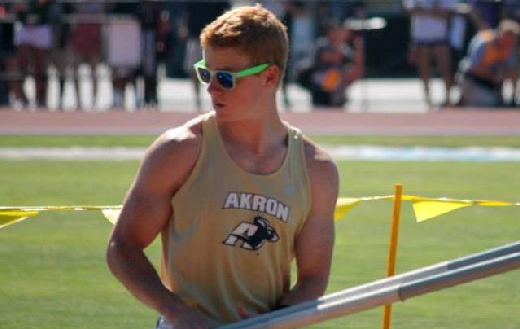 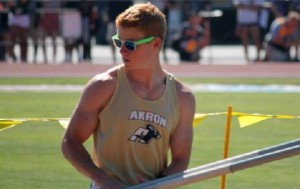 Toronto, Ontario’s Shawn (Shawnacy) Barber has firmly established himself as a serious threat to medal at the 2015 Pan American Games that will be taking place this summer in his home town from July 10th to July 26th. He also appears to be a medal threat for the 2015 IAAF World Track and Field Championships happening in Beijing, China, from August 22nd to the 30th.

The 21-year-old student at the University of Akron set the top outdoor pole vault mark in the world for 2015 in Austin, Texas on Saturday, May 2nd. With this performance he ties his own Canadian record of 5.90-metres. He also owns a personal best indoor jump record of 5.91m, which is both an NCAA and Canadian indoor record. He set that height this year on March 13th.

Barber won a bronze medal at the 2014 Glasgow Commonwealth Games with his 5.45m performance. He also owns a gold medal from the Junior Pan American Games of 2013 with his jump of 5.35m. In 2012 he earned a bronze medal in Barcelona, Spain at the IAAF World Junior Track and Field Championships.

Renaud Lavillenie of France is the only active pole vaulter in the world who has achieved a greater height than Barber and none have done so during 2015 for outdoors.

Only 31 athletes in history have vaulted to a greater height than Barber has outdoors with the world record of 6.14m,  achieved by Ukranian athlete Sergey Bubka.

Only 13 men in history have achieved a higher pole vault performance in indoor competition than Barber. The current indoor world record is 6.16m set by Lavillenie on February 15 in Donetsk, Ukraine.

Barber appears to be a serious medal threat for the 2016 Rio Olympic Games as well.