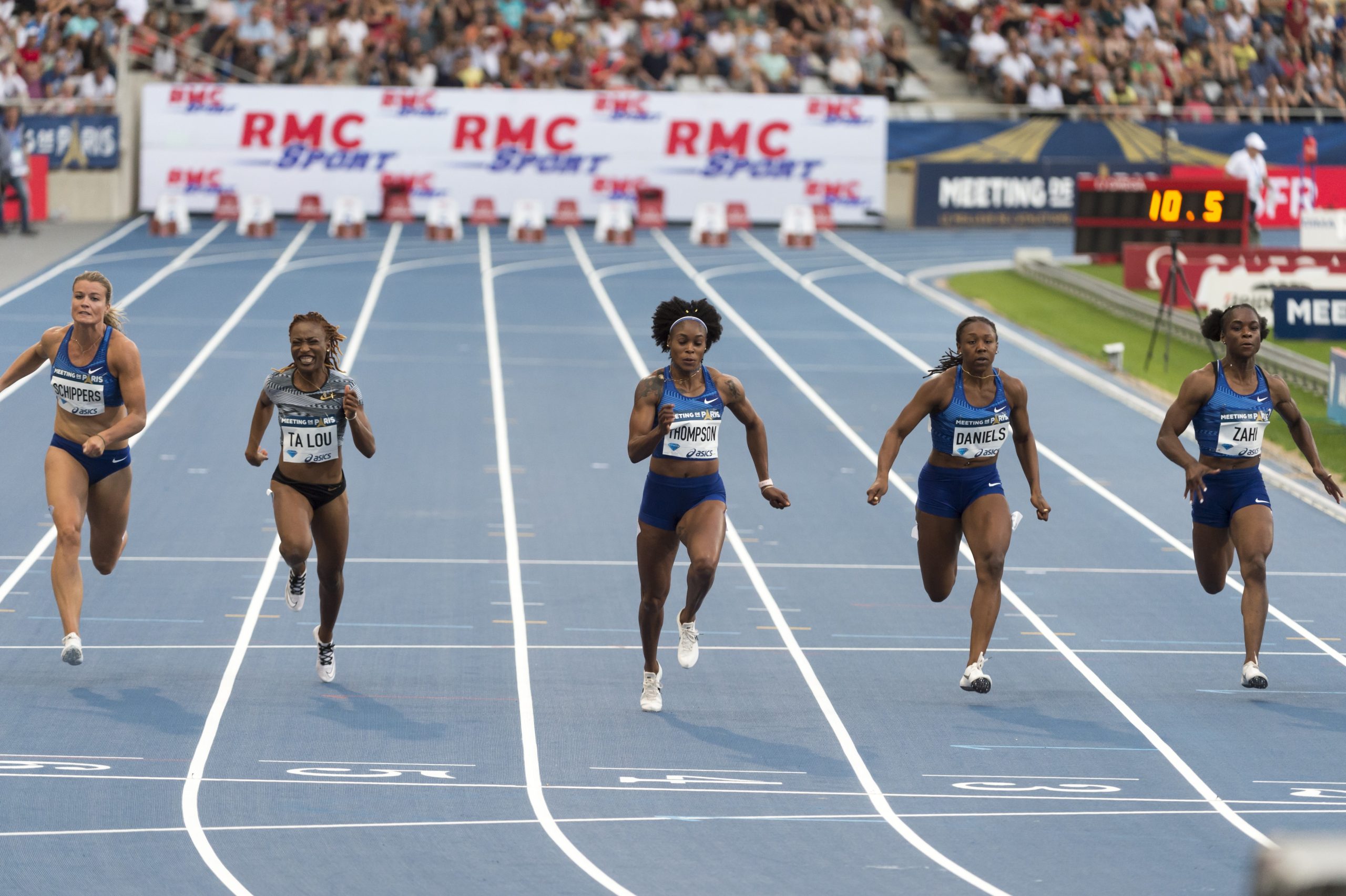 Three Olympic golds, nine world titles, twenty medals at major outdoor championships. Look no further. It doesn’t get any better than this in the history of women’s sprinting and she’ll be on the track again at the Charléty Stadium, on Saturday 18 June, for a truly epic 100 m.

At 35 years of age, Shelly-Ann Fraser-Pryce is still hungry for more and running very fast. During her racing comeback, contested at altitude in Nairobi (Kenya) on 7 May, she posted a time of 10’’67. It was the third fastest time in her career and just seven hundredths of a second shy of her personal best. ‘Mommy Rocket’, a Jamaican idol whose statue has pride of place outside the national stadium in Kingston, is continuing to push the envelope. In addition to her stellar performances and her longevity, she has become a role model for a great many athletes by giving birth to her first child in 2017 and then making a resounding comeback at the highest possible level just a year later.

The third best performer in the world of all time in the women’s category, some eleven hundredths of a second behind world record holder Florence Griffith Joyner and six hundredths of a second shy of her compatriot Elaine Thompson-Herah, Shelly-Ann Fraser-Pryce dreams of raising her game just a little bit higher in the world ranking. The ultra-quick blue track at the Charléty Stadium, which was renovated in 2019, will give her the perfect platform.

The Europeans in a relaxed frame of mind

The petite Jamaican (1.52 m) with her electric stride will also be able to count on a very high calibre line-up to push her to the limit. Her competition includes two supremely talented European runners, Mujinga Kambundji and Dafne Schippers. The first was crowned World Indoor Champion in the 60 m in March, to widespread surprise, in a stratospheric time of 6’’96. Bronze medallist in the 200 m at the Doha Worlds in 2019, the Swiss athlete, who will toast her 30th birthday the day before the race, could well treat herself to a sub-10’’94 time, her personal best, in celebration.

Meantime, Dafne Schippers has been a bankable athlete on the global sprinting scene for nearly a decade. Double World Champion and silver medallist at the Olympics over the half-lap of the track, the Dutch runner has plenty to bring to the 100 m.

The opposition will come from Europe then, as well as the African continent, with a well-known face signed up to compete in France. That of Marie-Josée Ta Lou, who was a member of the Stade Français Paris until last year and will have the support of the Ivorian community, which is always out in force in the capital to cheer her on. Third in the 100 m at last year’s Tokyo Games, having equalled the African record in the series in 10”78, the 33-year-old sprinter is yet to have her final say. Something she has every intention of proving in Paris