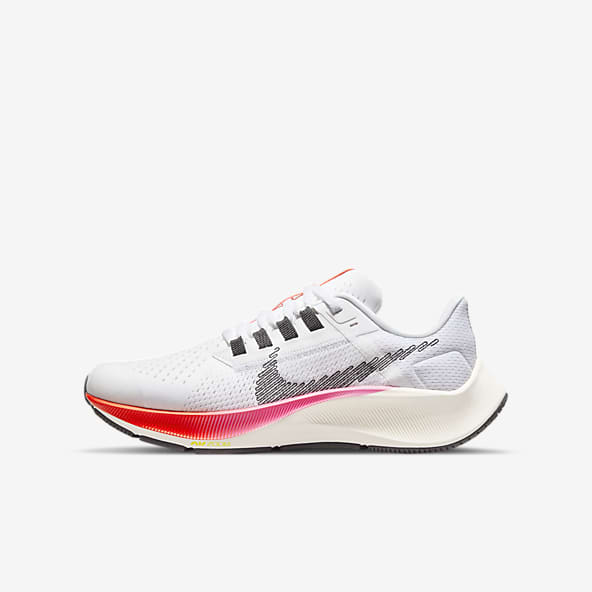 In keeping with Greek mythology, Nike’s Pegasus model of shoe is named after the white-winged horse, the alleged son of Poseidon and Medusa. Nike of course is a Greek goddess who personified victory; the giant corporation’s manifest destiny, if you will. Regardless, they have a winner here in the Air Zoom Pegasus 38.

The 38 at $120 to $160 (CDN/USD) is more than fair value for the trainer. As technology has advanced so much over the past few years, it turns out that these cushioned shoes are not your old heavy and clunky trainers (remember that ancient history?). The 38s, in addition to all regular training, happen to be useful for road time trialling, tempo runs, progression runs and even not-too-serious racing from 5km to the half-marathon.

Those familiar with the 36 and the 37, will find the refinements to the 38 borrows from both predecessors as well as incorporates changes in line with typical evolutionary advancements. They should always be improving, right; to fulfil the manifest destiny? There is also a 38 Flyease model with the no-tie lacing system, not sampled here.

The mind wanders over to the question of longevity when testing shoes. Should a shoe be given to reviewers six months in advance of the release to accurately report the mileages that the model will withstand, say after 300 miles (500kms)? That is a high risk/high reward scenario to engage in. The auto industry reviewers nipped the issue in the bud by referring to “quality” or “reliability” as “initial quality” or “initial reliability.”

As a writer, who also copy edits for other brands, I heard the phrase “initial quality” and immediately bristled at it. And I still hear it during the commercials loud and clear — the reviewers take the responsibility of quality and reliability and place it tidily right back onto the manufacturer’s docket.

I am going to go out on a limb and suggest that the Nike Air Zoom Pegasus 38 is well made and will last as long as just about any shoe on the market under typical road, trail and track running conditions and usage.

After 200kms, I often begin to see some light wear on the outside of the sole, mid-foot. I pronate enough that by far the greatest wear is on the outside edge, so much so, that the rest of the sole will appear unscathed, when it is time to toss the shoe into the trash. So far, nothing. I have worn the shoe on asphalt, concrete, gravel and soft trail as well as rough, rocky, rooted and somewhat nasty vertical up and down. No apparent wear.

The cushioning has not changed, yet.

Size matters. Various sizes will obviously weigh different from each other and the heel to toe drop can be affected.

I read another review where the writer indicated that the shoes fit small. Contrary, I wear a men’s size 9 (US) without exception. Well, oddly this 8.5 fits. Even with a heel lift, the shoe fits as my 9s do. Go figure.

*I would argue that the arch support is not quite neutral. So, it is probably a good idea to go to your local shoe store and try them on before buying. Or, be okay with a return via mail. I prefer the in-store interaction on something as personal as a running shoe. The arch support is there towards the heel and gently so, but it is not completely neutral. In fact, I provoked a small tweak in the plantar fascia after the first few runs (which has since gone away). PF can often niggle-up (new word) when I wear a shoe with arch support.

The 38 fits more like the 36 than the 37. The toebox is bigger than the 37 and the general fit is the same. The 38 offers more foam than the 36 and 37. It’s soft, yet allows for a snappier recoil. Nike is using React Foam here. There is also more foam added to the tongue. Perhaps if you are Kenyan, you may bring the heel up to your buttocks; now that would be tongue-in-cheek.

Nike also uses the Zoom Airbag that they used in the 37, however, the specs vary between the men’s and women’s shoes. Apparently, there are slight differences in the way the two genders run.

The outer sole is similar or the same as the 37, making use of the waffle technology, which honours the great Bill Bowerman when he would use the waffle iron to make soles for the Blue Ribbon shoes that Steve Prefontaine and others would train in 50 years ago.

Shoe fit is a personal thing, so as mentioned, try a pair on at a local store. This is a trainer that seems to borrow a little from the 36, 37 as well as channelling super shoe technology. However, it is still a trainer with a classic Pegasus feel.

Also, if you are a super shoe wearer, the 38 is a wonderful compliment as the feel and foam are similar to the various Flys. There is little to no adjustment required from trainer to super shoe and back again. Save some dollars and keep the super shoes for your super races and use the Pegasus for most of your training; fly like the winged horse that these shoes — the 38th edition — are named after.