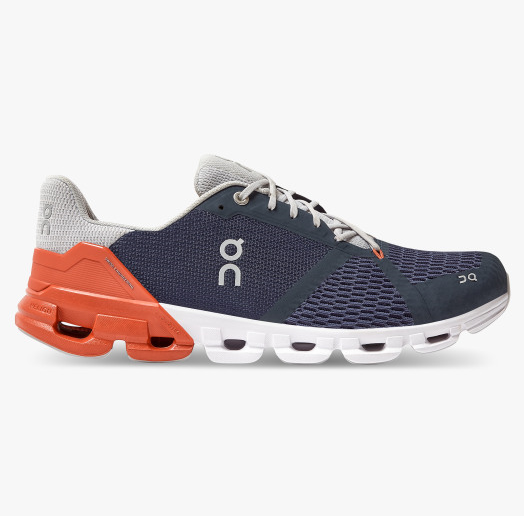 The On Cloudflyer is a controlling training shoe with a good level of pronation support while offering some cushion.

The Cloudflyer is On’s light stability trainer. The shoe offers a firm, and stable ride. The Cloudflyer differs from the Cloudmonster in that the Cloudmonster is one of the market’s all-time best shoes for protection from asphalt and concrete while providing limited control. This trainer also differs from the Cloudboom Echo, which to On’s credit is one of the market’s best supershoes that can be used as a lightweight trainer and you don’t have to break the bank to purchase them.

It would be a stretch to say that On Running has done it again. However, the Cloudflyer is a well-designed shoe. The stiffness — for those who seek out a firm, controlling shoe — will correct supination and pronation, keeping the strike, landing, and toe-off in a straight line. For those who need that help. This is the shoe. For those with varying needs may find the Cloudflyer, just a little bossy.

The author personally finds the Cloudmonster a saving grace from the unforgiving asphalt and concrete roadways and sidewalks.

However, the added Helion™ Superfoam in the midsole aids in dampening the foot strike.

My attention was grabbed quickly as the shoe indeed controls the foot from rolling one way or the other. The fit (men’s size 9) is perfect. The heel didn’t slip and the impact with the asphalt was moderate — it is certainly not a minimalist’s lightweight trainer, but avoids the super stacked ultra cushioning that some runners want to avoid.

I ran 5K on a hard-packed gravel path with some asphalt, dead flat. It was a moderate-effort run on a hot day. The shoe’s uppers let most of the heat escape. There were no repercussions from wearing this very different shoe. Sometimes when reviewing a shoe that offers a very different ride than the daily choice in footwear, the following day (or due to DOMS) two days later, there is lingering stiffness. Not this time.

The second run was over 21 kilometres at easy to medium efforts, I went up and down many hills (and enjoyed my friends’ porch-beer stops, shhhh).

Other than carrying some lingering metatarsal issues that the shoe does not ease, the Cloudflyer was very enjoyable, and again there were no repercussions the day after or the following day.

There is a sense of propulsion, not as much as the Cloudboom Echo, of course, but for a non-supershoe and really not a racer, there was a sense that the torsion in the toe-off was going to be good. It is. Perhaps in a Park Run race or a time trial, these shoes would be a good choice. In this case, during the warm-up and warm-down, there will be no need to take a break and swap out trainers for racers and back again.

Certainly, they will stay in the rotation for this “mature” runner as a middle-length effort shoe, meaning 10-20K of easy-to-steady effort runs. For the long runs, I will stick with the Cloudmonsters and for time trialling and racing, I will be reaching for the Cloudboom Echo.

Either way, you win.