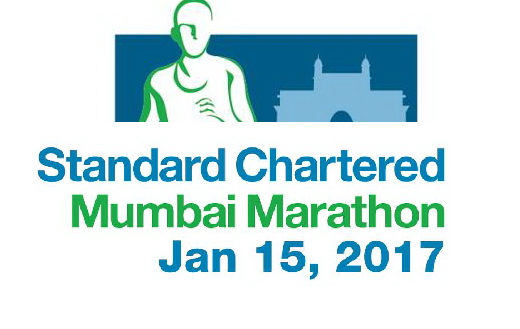 Tanzania’s Alphonce Simbu and Kenya’s Bornes Kitur triumphed at the 14th edition of the
Standard Chartered Mumbai Marathon 2017 on Sunday, winning in 2:09:32 and 2:29:02
respectively to take home first prize cheques of USD$42,000.

Simbu, fifth at the Rio 2016 Olympic Games, confirmed his rising status in the world of
marathon running by hitting the front with 800 metres to go and sprinting away for victory
after a duel over the last five kilometres with Kenyan surprise package Joshua Kipkorir.
After a large group of 13 had passed through the halfway point in 1:04:49 the pace stayed
steady to 30km, with the predicted finishing time remained close to 2:10:00, and seven men
were still in the leading group at that point.

However, Kipkorir almost immediately injected a change of pace and quickly broke up the
pack.

By 35km, Simbu was his only remaining rival. Kipkorir continued to push the pace with Simbu
resolutely staying tucked behind him all the way, much to the Kenyan´s frustration as he
started to periodically zig-zag across the road from 38km in an attempt to encourage
Simbu to the fore.

However, with two kilometres to go, Kipkorir started to look visibly tired while the slighter
figure of Simbu was noticeably far more relaxed and apparently just waiting for his moment
to strike.

Simbu finally swung past his rival just inside the final kilometre immediately it was obvious he
was going to clinch his first international win since 2012.

“I got my tactics from my coach, he said: ‘Use your brain, you don’t have to always lead’”
reflected Simbu, explaining his race plan which led to him equalling the second-fastest
winning time in the history of the race.

“I prepared well so I didn’t fear anything, whether we were running on the hills or on the
flat. This course has some hills and quite a lot of turns so I didn’t break my personal best (of
2:09:19) but what was important today was my position.”

Kipkorir finished second in 2:09:50, taking more than three minutes off his previous best of
2:13:25; third was Kenya’s Eliud Barngetuny in 2:10:39, a personal best by five seconds.
Kenya’s Levy Matebo, the fastest man in the race and one of the pre-race favourites, was
one of the victims of his compatriot’s surge just after 30km and drifted back to eventually
finish eighth in 2:13:05.

By contrast to the thrilling two-man battle over the final seven kilometres, Kitur stamped her
authority on the women’s race soon after the halfway point and ran the majority of the
second half on her own.

Four women, including Kitur, passed the halfway point in 1:14:03 but the 21-year-old Kenyan
had opened up a lead of around a minute by 30km and kept on extending her advantage
over the remainder of the race.

“I was confident I could win because I knew the course after finishing second here last
year,” commented the quietly-spoken Kitur after going one better than 2016.
Ethiopian runners took the next two places behind Kitur, albeit at quite a distance.
Chaltu Tafa was more than four minutes in arrears but took second in 2:33:03 while Tigist
Girma was third in 2:33:19.

Ethiopia’s Dinknesh Mekash, the pre-race favourite and fastest women on the start line as
well as being the 2014 and 2015 Standard Chartered Mumbai Marathon champion, started
to struggle just before the halfway point and finished a disappointing fifth in 2:36:44.

Promoted by Procam International, the Standard Chartered Mumbai Marathon is one of
the largest sporting events in Asia and India’s biggest platform for charity.

With total prize monies of $387,000, the Standard Chartered Mumbai Marathon 2017 is
India’s richest road race. A full prize list can be seen here.

In addition, there were four other associated races on Sunday morning and an estimated
42,000 runners took to the streets of Mumbai in what has become an annual event on the
third Sunday of January.
*