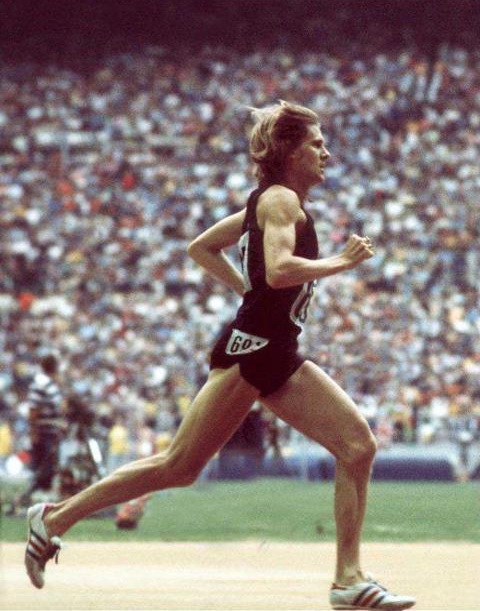 The late Peter Snell was named patron in 2019, however, he passed away one month later.

“It’s a great honour to be named Patron of Athletics NZ,” Walker said.

Walker was the first person to run a mile in under 3:50 when he ran 3:49.4 at Gothenburg in August 1975. It was a world record that stood for four years until it was broken by the current president of World Athletics, Lord Sebastian Coe.

In addition to his Olympic gold, he won three medals at the Commonwealth Games, including a silver at the 1974 Christchurch Games.

Walker is also a member of the New Zealand team that won the senior men’s title at the 1975 World Cross Country Championships that took place in Rabat, Morocco.

In 1996, Walker was diagnosed with Parkinson’s disease.

The duo were awarded for their outstanding performances in athletics that have helped cement Kenya’s sports prowess in the world.

Nderaba, who is also the Assistant Commissioner of Prisons, received the Moran of the Burning Spear (MBS) award while Cheruiyoit was awarded Order of the Grand Warrior (OGW).

The 48-year-old Ndereba is the first African to win a marathon title at the World Championships and the first woman to win it twice after her exploits in 2003 Paris and 2007 Osaka.