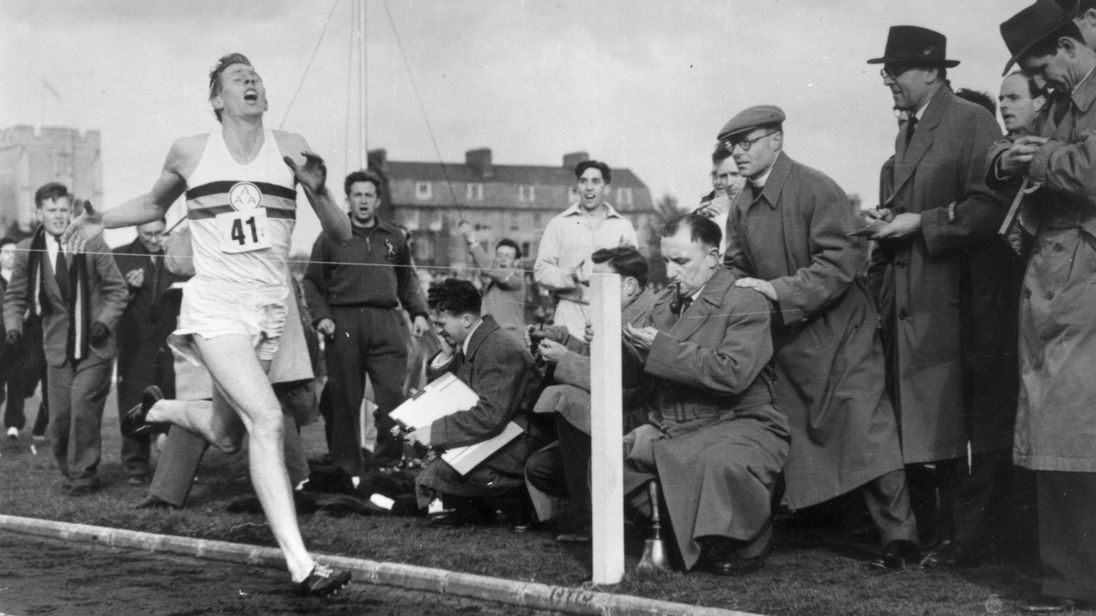 Sir Roger Bannister, the first person to run the mile (1609m) under the four-minute barrier, has passed away; he was suffering from Parkinson’s disease, which was diagnosed in 2011. He was 88 years of age.

The current mile world record is held by Moroccan Hicham El Guerrouj, who ran a time of 3:43.13 seconds in Rome in 1999. Sir John Walker of New Zealand ran the most sub-4:00 miles and was the first to break the 3:50 barrier.

Bannister won gold in the mile at the 1954 Vancouver Commonwealth Games in the legendary race where Landy made the tactical error of looking back on the inside for Bannister, only to be passed on the outside. It forever spawned the phrase, “don’t look back,” at school and run clubs throughout the world.

A statement from his family said: “Sir Roger Bannister, died peacefully in Oxford on 3 March, surrounded by his family who were as loved by him, as he was loved by them.

IAAF president Lord Coe, who ran a mile world record of 3:47.33 in 1981, Tweeted: “This is a day of intense sadness both for our nation and for all of us in athletics.”

“There is not a single athlete of my generation who was not inspired by Roger and his achievements both on and off the track.”

Bannister was helped by Sir Christopher Chataway – who beat Bannister to the inaugural BBC Sports Personality of the Year Award later that year – and Chris Brasher, who acted as pacesetters on that fateful day that forever defined the man.

Bannister went to the University of Oxford, where he studied medicine, then joined St Mary’s Hospital Medical School in west London as a junior doctor before becoming a neurologist.

On the 50th anniversary of his record-breaking achievement, he said he was prouder of his contribution to academic medicine, in which he researched responses of the nervous system, than he was for running the first ever sub-four-minute mile.