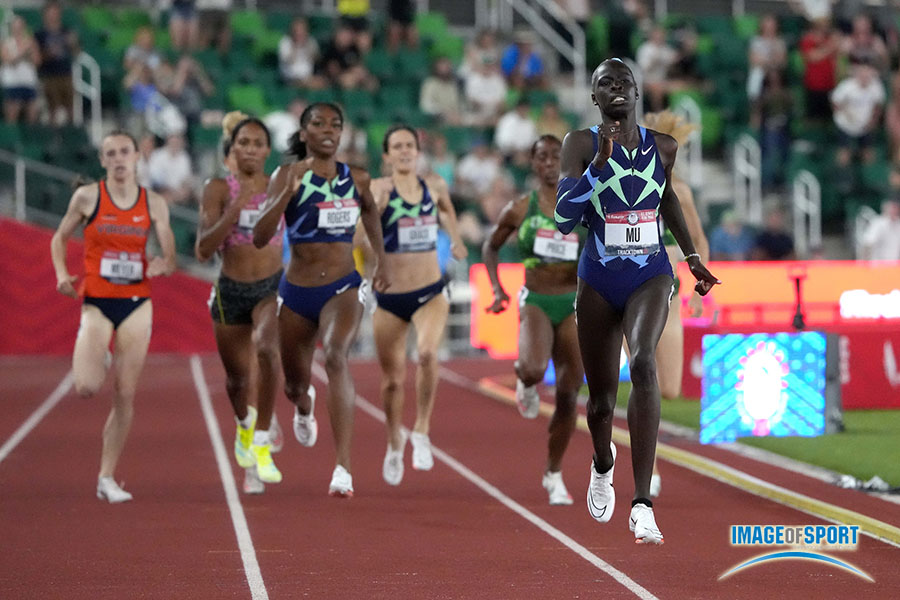 American, Raevyn Rogers, clocked a 1:56.81 for bronze. Rogers is the veteran of the three at 24, while Mu and Hodkinson are just 19-years-of-age; it’s a youth movement of sorts.

Athing Mu is an Olympic Gold Medalist in the women’s 800m. #TokyoOlympics pic.twitter.com/bHEj1SvdKB

Mu sprinted the first half of the race clocking a 400m split at 57.90. In an event that typically sees a bigger positive split, the final result is surprising. Hodgkinson was a step back at the 400m mark clocking a split of 58.4, where the chasers were likely thinking that Mu would return to them after 600m – not a chance. Her race was never in doubt.