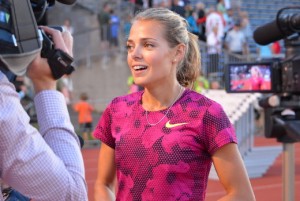 Canada has two women competing in the 800m distance event at the 2012 London Olympic Games. They are Melissa Bishop of Eganville, Ontario and Jessica Smith of North Vancouver, BC. The competition starts with six heats on Wednesday, August 8th, at 11:35 GMT.

Smith is a graduate of Vancouver’s Simon Fraser University and one of only four Canadian women to ever break the two-minute barrier at the distance. Bishop, a graduated of the University of Windsor also ran faster than two minutes. Both achieved their personal best times during the 2012 track season.

The first Canadian to break two minute benchmark was Charmaine Crooks who ran as fast as 1:58.52 in 1990. The other is current Canadian record holder Diane Cummins, who owns a personal best time of 1:58.39, which she achieved in 2001. During 2012 that number doubled when Smith and Bishop each ran their bests of 1:59.82 and 1:59.86, respectively.

Smith and Bishop both have had good final training camps in Germany, “the camp in Germany was a great opportunity to get away from all the hype and to focus on training. I enjoyed it, but also am excited to be back in the village,” said Bishop when asked about her camp. Smith said, “the training camp has gone well, I’ve had a great week of training and looking forward to getting back to London.”

The 800m is arguably the most competitive distance of all track events with 28 of the 48 known competitor’s times breaking the two-minute barrier, ten under one-minute and fifty-eight seconds. “At the end of the day its about the heats and who’s in them. Do you have a front runner? Will anyone take it out? Will you risk coming last just to get a good time to qualify? When a 1:58 runner is in a 2.03 race, it is anyone’s win,” said Cummins, referring to the highly competitive sport and the variables that can take place in any 800m competition.

The favourites according to personal best times are:

Cummins said, “Francine Niyonsaba of Burundi is a wild card for me.” Niyonsaba owns a personal best of 1:58.68, however unlike most 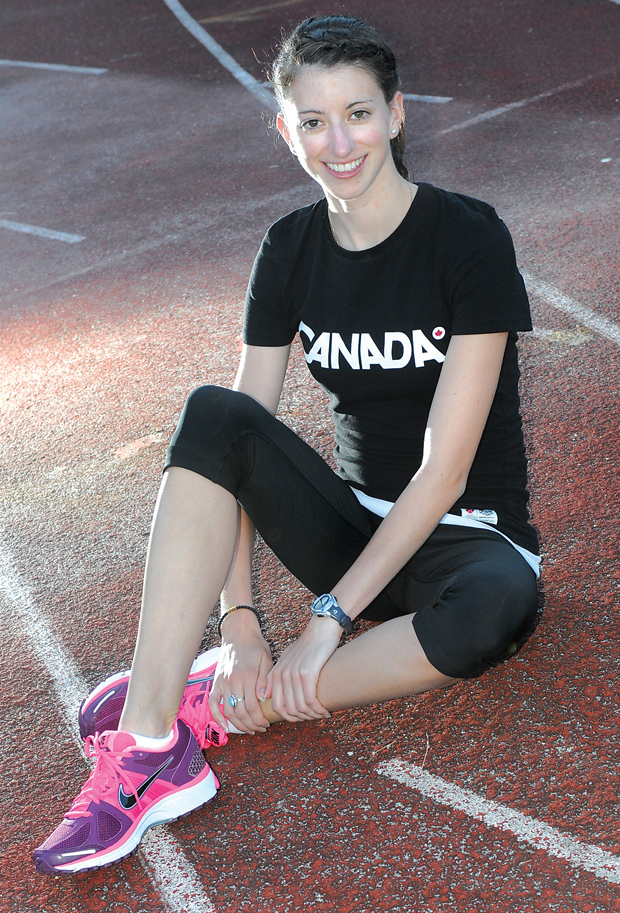 personal best performances of the 50-plus listed athletes, Niyonsaba’s personal best is from 2012. “She is young and has nothing to lose by just going for it, added Cummins”. She also said, “Jelimo has also looked good all year, it’ll be interesting to see if she can handle the pressure as she is obviously the favorite.”

As for the Canadians, Cummins is more familiar with Bishop than Smith but said, “we know they can both make the semi-final and then its going to take a PB to get to the final. Its been done before and both Melissa and Jessica are hungry. It wouldn’t surprise me if they run a one-minute and fifty-eight seconds at least, just to make the final.”

The competition starts with six heats on Wednesday, August 8th, at 11:35 GMT.

The draw to determine which heat athletes run in is decided by their initial seedings (based on previous performance) for the first round, and then their performances after that. This ensures that the highest seeded athletes are not drawn in the same heat.