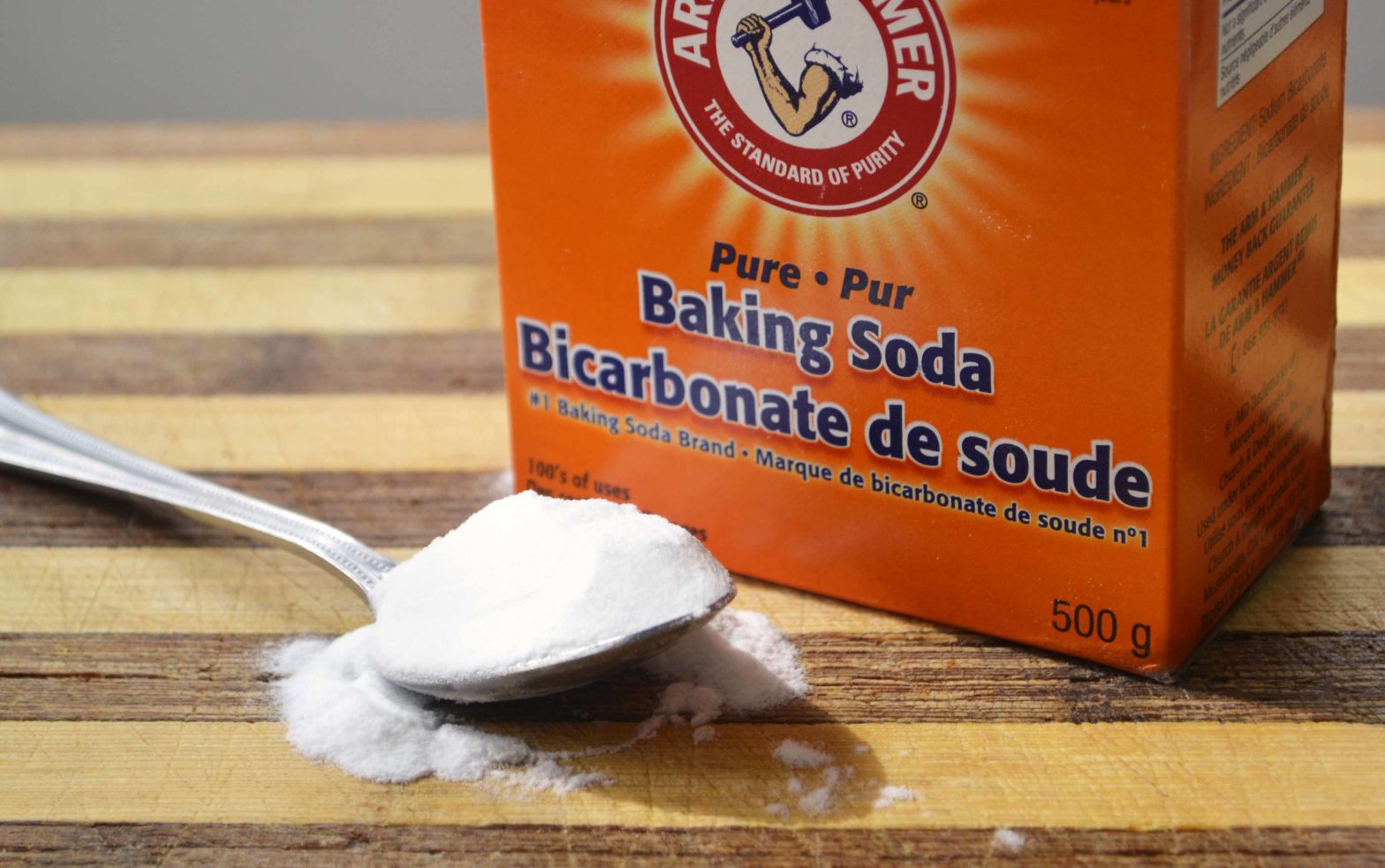 Sodium Bicarbonate, known around the kitchen as baking soda, has long been thought to provide a performance benefit for athletes. Long have distance runners wondered whether it provides a benefit to them.

A brand new, not yet published paper on the primary ingredient to the household cleaner, air freshener, and baking aid indicates some performance benefits. 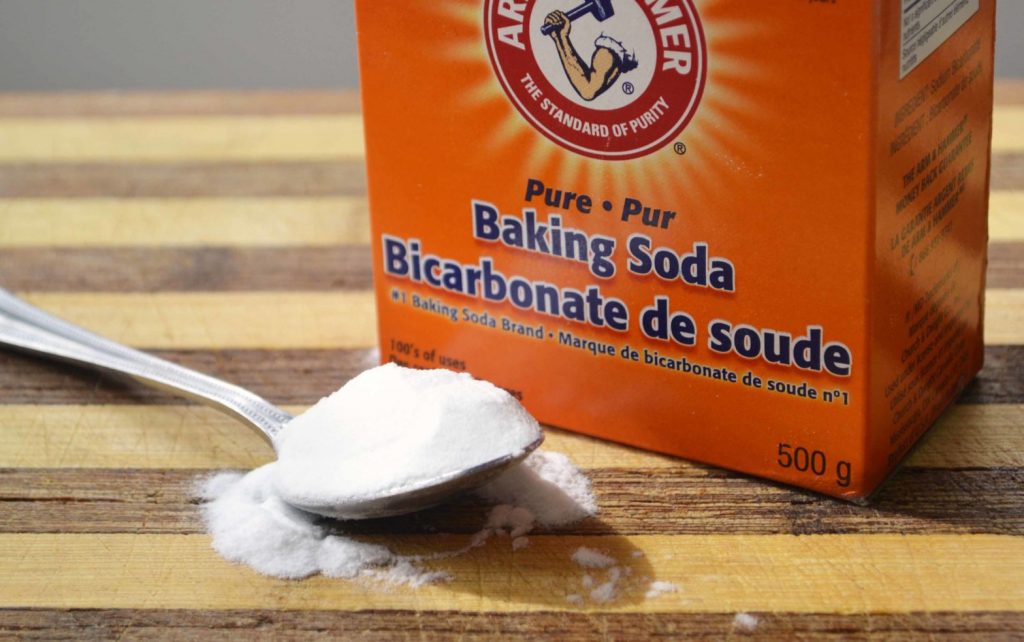 However, the bad may literally outweigh the good, specifically for runners. The performance benefits may be best suited for non-weight-bearing athletes.

Canadian Exercise Physiologist Dr. Trent Stellingwerff with Canadian Sport Institute-Pacific (CSI) was part of an international six-person team that took on the study.

The paper is titled: The impact of individualizing sodium bicarbonate supplementation strategies on world-class rowing performance.

At CSI Pacific, Stellingwerff focusses on providing his physiology and nutrition expertise to Canada’s national track and field, mountain bike and triathlon teams, as well as helping to lead CSI Pacific’s Innovation and Research division.

Christopher Kelsall: There are already extensive studies on bicarb, and the use of NaHCO3 has been around a long time, so what is unique about this study?

Trent Stellingwerff: Indeed, the first studies of bicarb supplementation and its impact on high-intensity performance have been around for nearly 40 years, with rumours of athletes using NaHCO3 for even longer. That said, there is still a lot of unknown about the most ideal and optimal use of bicarb. For example, in the past decade, there has been evidence on how to best minimize gastro-intestinal (GI) side-effects (e.g. consume with a snack and plenty of time prior to exercise) as well as other concepts around individualizing the timing of the supplement. This was what our study primarily examined: we looked at each individual athlete’s blood responses to increasing blood bicarbonate, and then in subsequent trials had the athlete either use their individually assessed timing for peak sodium bicarb right at the start of a rowing performance 2,000m time-trial, or a standard 60-minute approach. As you can see from the paper, we found a very small effect that individual timing was slightly better than the standard 60-minute approach. However, we have also highlighted the concept that there might be a time range of opportunity, and not a set-single time to best take bicarbonate.

CK: You said (off-line) that supplementation can cause water retention in some subjects, and therefore perhaps for a gravity-fighting athlete like a runner, it may not be as beneficial due to acute weight gain. But what about a case for a runner to only supplement before one-off competitions, not done in an ongoing basis?

TS: It is pretty well established that due to the high solute (sodium) content of the supplement, and the fact that most athletes have to take 15 to 25g (0.3 grams per kg BW is the ideal dose) of it to get an ergogenic effect, it does cause, in most individuals, an increase in acute bodyweight of ~1 to 2%, most of which is acute water retention (acute meaning, over several hours post-consumption during a time-trial or race). Therefore the performance benefit in runners is potentially less (and there are way fewer studies in runners) than in sports that are more bodyweight supported, such as cycling, rowing (current study), or swimming. Also, it seems that due to the dynamic and bouncing nature of running, that negative GI side-effects may also be more prevalent in runners than, again, in other sports where the body is supported.

Long story short, accordingly, sodium bicarb as an ergogenic aid tends to be used much more extensively in sports like cycling (sprint/track), rowing and swimming, and is rarely used in runners (I am unaware of any use in runners actually).

CK: Your paper was initially rejected. On what grounds?

TS: Ha, this happens all the time in research. If you work in science you get rejected all the time, and you learn from it and re-write a better paper. One also tries to submit to the very best journals, and they get a lot of papers. Some journals have >80% rejection rates. In this instance, the initial journal had some issues with study design, as they wanted a third performance trial that included nothing (our two performance trials were based on the timing of individual timing vs. 60-min timing). Since we were using very elite athletes, we only had the opportunity for two trials.

CK: A great performance would be sub-6:00 for men and sub-7:00 for women, yes? In that case, the results suggest that it will benefit 1500m to 3,000m athletes, but every distance 800m and longer are more aerobic in nature than anaerobic. So weight gain aside, do you think supplementation will aid all distance athletes?

TS: As analyzed in several meta-analyses, the best performance effect sizes with sodium bicarbonate supplementation tends to be over repeated sprints of ~1 to 2min in duration (so, as you have highlighted, very anaerobic in nature). There is still an effect from 2 to 10min, but it is smaller.

CK: Was there a placebo given?

TS: Good question. Given several existing meta-analyses, each with nearly 100 or more cited publications, generally showing a high-intensity positive performance effect of sodium bicarbonate supplementation compared to placebo, we did not use a “classic” placebo (an inert substance) in this study design. Instead, the ‘control’ condition was the 60-min timing (which is within the standard typical recommended condition) and we compared this against the individualized timing.

CK: How long did the study take?

TS: Studies like this in elite sport take a long time. First off, many of us are not full-time academic researchers – so we pursue research only when it “fits” with our servicing of athletes and teams. Secondly, in elite athletes, you might only have one or two short “windows” per year to actually do athlete testing; as otherwise they are in important training or racing phases. Thirdly, by the time one is done and you have to do all the analysis, statistics, make the graphs/tables and write the paper, this can take a while too. In summary, this project took about 3.5 years from idea to implementation, to data collection, to analysis to paper writing to publication.

CK: You were part of a team that includes co-authors from Canada and Australia, listed are: Susan Boegman, Gregory Shaw, Nick Clarke, Kenneth Graham Rebecca Cross, and Jason Siegler. How did that come about?

TS:  Susan, Nick, and I are all from CSI Pacific, while all the others are from Australia – both working directly in sport, but also representing academia. Susan is the lead registered dietician with Rowing Canada and had an interest in doing a sodium bicarbonate project in the elite rowers. So, she reached out to Jason Seigler, one of the most published in the world on sodium bicarb research, and had some initial discussions. Out of this spanned a collection of individuals and a “team” to pull off this research. This project was also a multi-center trial, meaning we used the exact same methods, but tested athletes in Canada, as well as in Australia. By the very definition of “elite” it means there are very few of them in the world, so to get this elite cohort, we had to recruit in two locations. I should note, that there were multiple Olympians and world-champs team members, and even a world record holder in this cohort of athletes – this is rare and impressive for a publication, which is typically done in average university males.

TS: Absolutely essential! As described above, to even get enough elite subjects, you have to sometimes use multi-center trials. With a diverse collaboration, everyone also brings different skills and expertise to the table. For example, on this paper, we had several Registered Dietitians involved, who brought great insights into dietary controls. We had individuals stronger in statistics and analysis, we had individuals strong in laboratory methods (to do the study), and finally, some of us were strong in paper writing and analysis.  It was a team effort all around, and great continued learning for all of us.