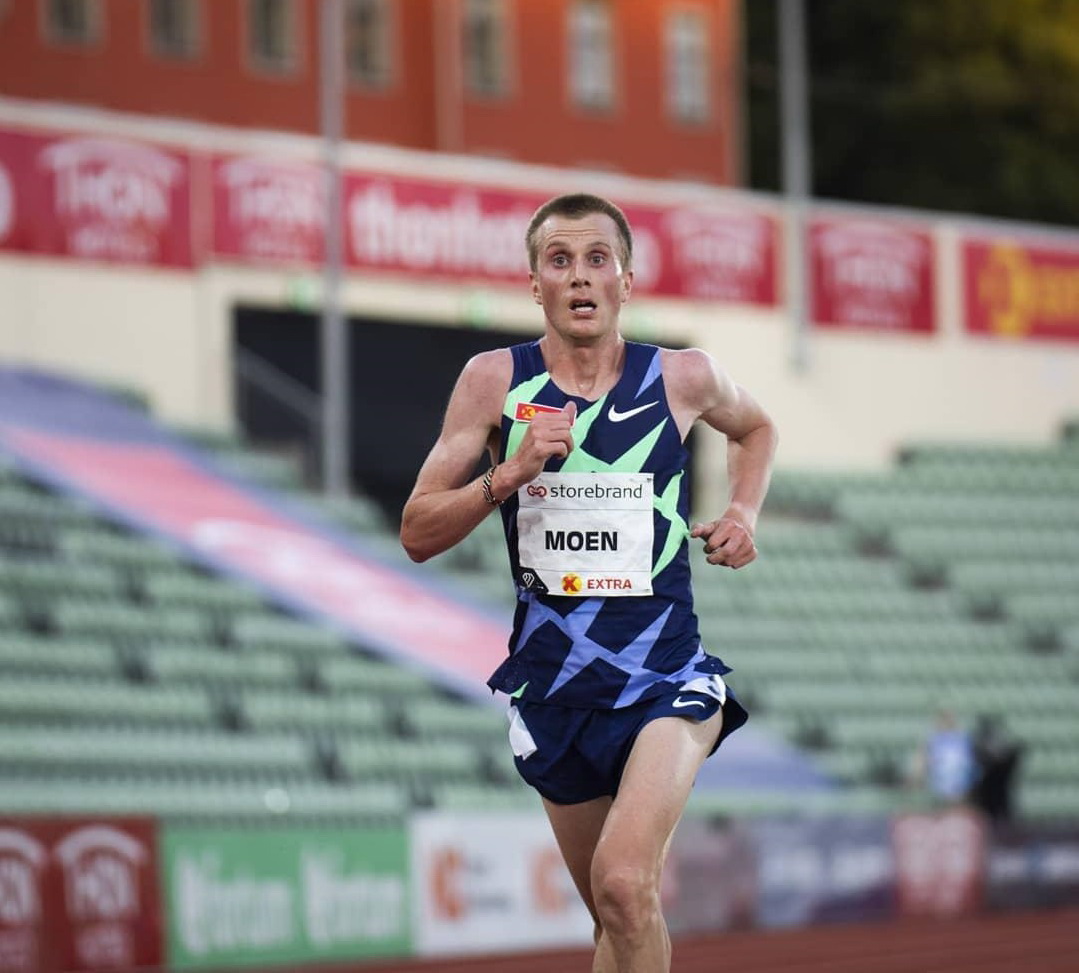 Norway’s Sondre Nordstad Moen will continue taking aim at Europe’s distance running records when he attacks the longstanding continental one hour mark on home soil in Kristiansand in exactly one month’s time on Friday 7 August.

Moen’s target is the distance of 20,944m set by the Dutch runner Jos Hermens back
in 1976, almost 15 years before Moen was born. It has stood the test of time and is the
second oldest official European athletics record.

“I went close to it en route to breaking the European 25,000m record in Oslo last
month, I was 241m short when 60 minutes were up. If I am honest, it’s a bit more
meaningful to me than the 25,000m so I’m very motivated,” commented Moen.
“I’m going to talk to my coach Renato Canova but it’s possible we might modify my
tactics a little for this race. However, I will have pacemakers for the first 10-12
kilometres and hopefully they can take me a bit further.

“Then comes the hard part. I know I will probably be running for about 20-25 minutes
on my own. It will be tough but Hermens set the record without pacemakers.”
Despite coming down from altitude for his races, Moen has been putting in the
kilometres at around 1800 metres and training around Juvasshytta, just a few
kilometres from the ascent to the highest mountain in northern European,
Galdhopiggen.

“I’ve been here for just under a month already and I’ll be here for another month,
until just after the record attempt,” added the 29-year-old former European
marathon record holder.

Moen was the first European to run under two hours six minutes for the classic distance
when he won the 2017 Fukuoka Marathon in Japan in 2:05:48.

“I was aiming for the London Marathon in April but when that race got cancelled
and overseas travel became complicated because of the COVID-19 situation, I
started looking for other targets.”

“Training where I am at the moment is different to when I am at altitude in Kenya or
Sestriere (in the Italian Alps) but it is still very enjoyable in so many ways. When I’m out
running, I can turn around and see a glacier (the Styggebreen glacier). However, it
can get colder than you might imagine. A few days ago, the temperatures went
down to minus two or three (degrees Celsius),” joked Moen.

Moen has an affinity for Kristiansand Stadium where he will attempt the one hour
record. At the same venue in August 2019, he broke the Norwegian 10,000m record
with a time of 27:24.78, the third-fastest time by a European last year.

The double 5,000 metres and 10,000m champion from London 2012 and Rio 2016 will attempt to break the record at the adapted version of the Diamond League meeting on Sept. 4 and will race against European 10,000m silver medallist Bashir Abdi of Belgium.

Haile Gebrselassie set a distance of 21.285 kilometres in Ostrava in 2007.