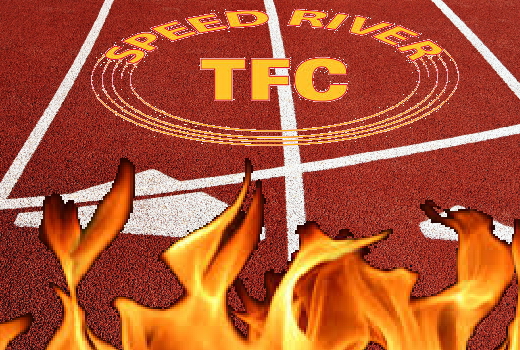 The Speed River Inferno Track and Field Festival Presented By New Balance is thrilled to announce that double Olympic bronze medallist Lalonde Gordon has been added to this year’s May 31st track meet.

The Trinidadian will face a loaded field that also includes Akheem Gauntlett of Jamaica, who won a bronze medal in the 4 x 400 metre relay at this winter’s IAAF World Indoor Championships.   “Adding two athletes of Lalonde and Akheem’s calibre further legitimizes the meet. Our men’s 200m is going to be an outstanding event with a number of athletes that we will be racing for gold at next summer’s Pan-Am Games,” commented Meet Director Chris Moulton.

Also joining this year’s Inferno field is Panama’s Rolanda Bell.  Bell will contest the women’s steeplechase, an event in which she holds the Panamanian record.  With the additions of Bell and Gordon, athletes from 10 different countries will be competing in this year’s Inferno.

Tickets for the Speed River Inferno Track and Field Meet Presented By New Balance can be purchased at Guelph area Scotiabank locations or online at www.Speedriverinferno.com.