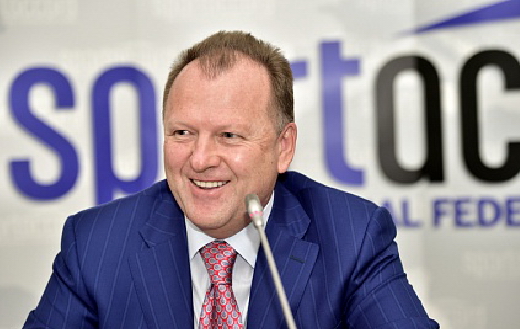 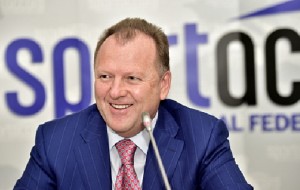 The SportAccord convention that is staking place in Sochi, Russia produced a controversial speech of vitriol by its President Marius Vizer to the International Olympic Committee and Thomas Bach, the President.

Vizer said, ‘‘I always tried to develop a constructive collaboration with the IOC and with President Bach. A collaboration based on respect towards the Olympic Movement, its members and the values in which I believe. Unfortunately, it never became a reality. I made a number of proposals in favour and for the benefit of IFs and SportAccord but we have never received a positive reaction.”

This resulted in the International Association of Athletics Federations to cancel its membership with SportAccord in support of the IOC and in protest of the messaging delivered by Vizer.

A letter of protest was signed by twelve sport bodies and delivered, it read, “We the undersigned Members of the SportAccord Association are expressing to the SportAccord leadership our disagreement on the opinions expressed this morning by the SportAccord President during the opening speech which do not reflect the views of the International Federations.”

SportAccord’s mission is to UNITE and SUPPORT its members in the co-ordination and protection of their common aims and interests, while preserving and respecting their autonomy.

We encourage and facilitate knowledge sharing among members and provide resources and expertise in relevant areas such as anti-doping, integrity, good governance, social responsibility and digital media.

By establishing several premier multi-sports games that group together similar sports, we aim to promote our members and increase their visibility and resources.

As an organisation, we identify with the key values of neutrality, transparency and accountability while promoting sport’s ability to contribute to positive change in society.

During Vizer’s address, he said that the power of the Federations are the engine of sport.

The final portion of his speech he suggested that President Bach allow greater autonomy among the federations, “Mr. President, stop blocking the SportAccord strategy in its mission to identify and organize Conventions and Multi-Sport Games. Do not try to create a theory around which sports are and are not eligible for Multi-Sport Games. Do not try to impose the organizers of SportAccord events how to distribute funds generated and earned by ourselves. Do not interfere in the autonomy of the sport organizations.”

It was those very organisations that apparently disagree with Vizer in support of Back.