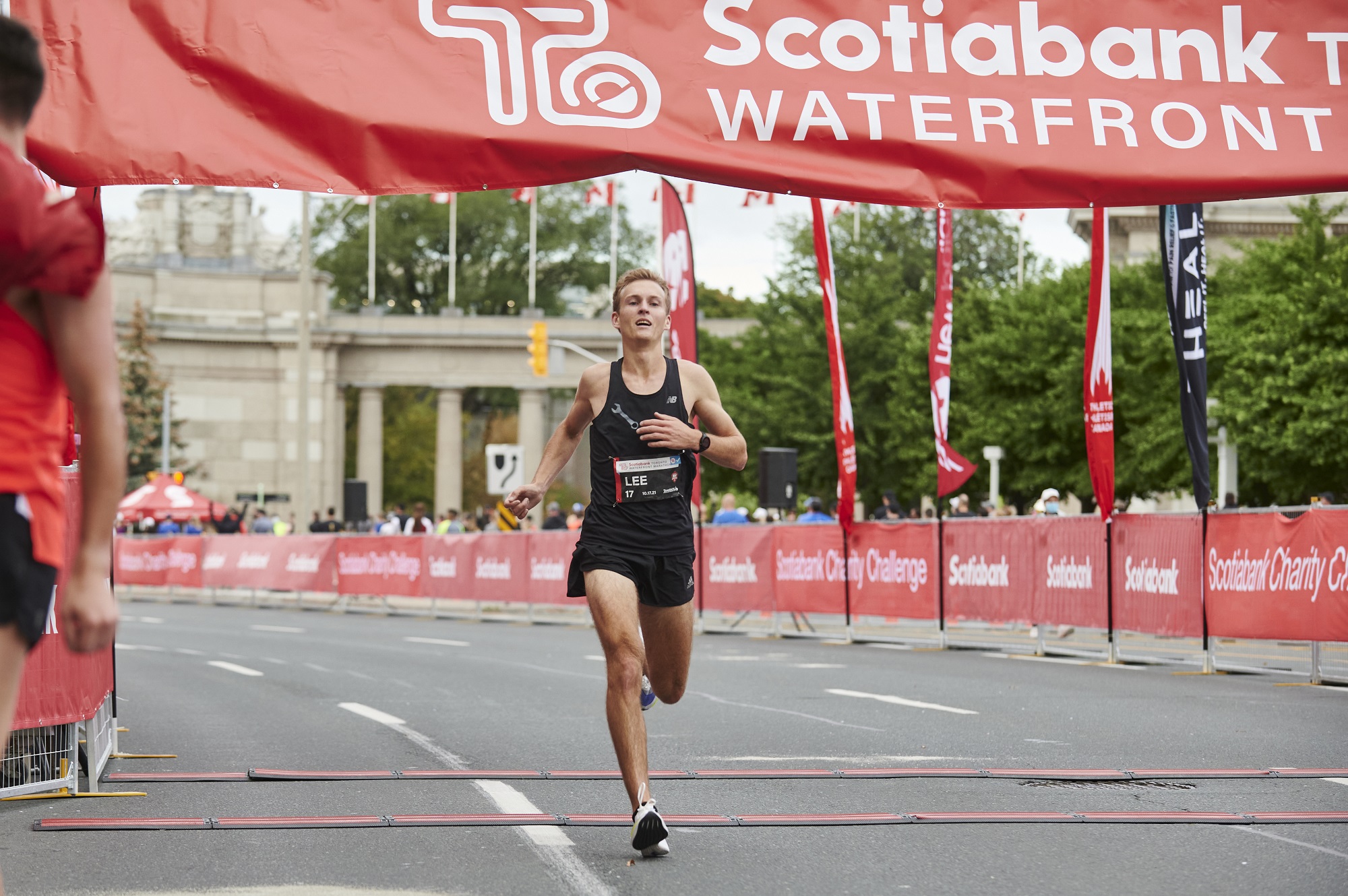 Lee Wesselius is still getting used to racing with a target on his back.

Things have not been quite the same for the New Brunswick-born veterinarian since last fall when he finished seventh at the Canadian 10K Championships in 29:13, and then followed that with a silver medal performance and 12-minute personal best of 2:16:37 at the Indianapolis Marathon. Wesselius, then a relative unknown unencumbered by the weight of expectation, had run the third-fastest marathon by a Canadian in 2021. Now, as he prepares to challenge a youthful and hungry men’s field at his first-ever Under Armour Spring Run-Off, he knows his competitors will not take his presence lightly.

“Though I still think that, to an extent, I’m unknown,” said the 28-year-old Wesselius, who lives and trains in Kemptville, 40 minutes south of Ottawa. “I’m still an underdog, but I don’t think people will be that surprised anymore if I’m still hanging in with one kilometre to go.”

Wesselius has been logging regular 160-kilometre weeks for much of the past year, covering most of his mileage between the end of his workday and dinner time. Lately, he mostly runs alone due to an injury to his training partner Blair Morgan. The relative isolation has made him eager to compete and test his fitness against that of others on Saturday.

“I’ll just put myself in a position to win and see if that unfolds or not,” he said. “I’ve been feeling solid in training just by myself, but I know it won’t be easy.”

Wesselius’ top challenger on High Park’s hills could be Jeremy Coughler, an Indiana University alumnus now training with the Bandits Elite club in London, Ontario. The 26-year-old chiropractor got the best of Wesselius last fall in the Canadian 10K Championships, beating him by nine seconds and finishing fourth overall in a time of 29:04 – just 22 seconds off the winning time. Coughler is the only runner in this year’s elite field to have broken 14 minutes over 5,000m, which makes him a threat in any sprint finish.

Kyle Grieve, meanwhile, comes into the race more familiar with the Spring Run-Off’s course than any other top contender. The Toronto-based athlete has finished third in the race’s last two editions of 2018 and 2019, covering the hilly course in 24:50 and 24:48, respectively. Coughler and Wesselius both beat Grieve when the trio last raced each other at the Canadian 10K Championships in 2021, where Grieve’s time of 29:43 was good enough for 12th place.

The absence of three-time defending champion Tristan Woodfine may make Coughler, Wesselius, and Grieve the favourites to succeed him, but a 21-man-deep elite field filled with wily veterans and rising stars could open the door to surprises. Kevin Coffey, the Kingston-based 2:20:22 marathoner who has made road podiums for the better part of the last decade, comes to the Spring Run-Off start line with great momentum. In late March, he bested Olympian Reid Coolsaet at the Around the Bay Road Race in Hamilton, finishing the 30K race in 1:40:10.

Also challenging the leaders will be 24-year-old recent McMaster University graduate Dylan Alick, who finished just seven seconds behind Coffey at the Canadian 10K Championships last October in 30:19. Meanwhile, the 2019 Spring Run-Off runner-up, Adam Hortian, as well as the best-selling author of Endure: Mind, Body and the Curiously Elastic Limits of Human Performance, Alex Hutchinson, will add texture and experience to the field.

“This year promises a wide-open contest with the absence of defending champion, Tristan Woodfine,” said Canada Running Series Race Director, Alan Brookes. “It’s the wily veterans like Hortian and Coffey versus the up-and-comers like Coughler, Wesselius, and Grieve. Throw Quebec’s François Jarry into the mix to shake things up amongst Ontarians and we’ve got a race!”

For information on the elite race including the complete men’s start list, visit: https://canadarunningseries.com/spring-run-off/elites-and-prizing/

About The Under Armour Spring Run-Off