We have been asked by many media whether Yuliya has filed an appeal or will file an appeal to CAS in the hope of overturning the IOC’s decision to not let her compete in Rio. 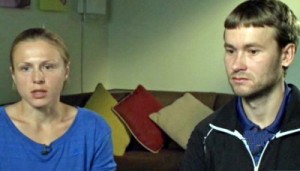 These requests follow the recent decision of the CAS that the IOC’s action in barring Russian athletes from competition because of a previous doping ban is unenforceable as it does not respect the athletes’ right of natural justice.  The IOC previously determined that: “The ROC is not allowed to enter any athlete for the Olympic Games Rio 2016 who has ever been sanctioned for doping, even if he or she has served the sanction.”

In our media release of 25 July we stated that Yuliya’s status as an athlete who was formerly sanctioned for doping has no ethical or legal relevance to the decision on her application to compete, as the WADA Code fully contemplates athletes returning to competition following a sanction for doping. The CAS has previously ruled on this issue against the IOC (Rule 45 Case) in 2011, making it clear that imposing an additional ban on athletes for a previous doping violation is invalid and unenforceable.

Hence, the most recent decision of the CAS did not come as a surprise to us.  It proved once more that the decision of the IOC to deny Yuliya the right to participate as a neutral athlete itself violates principles of natural justice and does not follow any rationale except the desire to punish a fully credible whistleblower and protect and support athletes and officials that, according to the McLaren Report, cheated “beyond a reasonable doubt.” We are disappointed that the IOC turned a blind eye to the risks Yuliya had to take, and the damage to her athletic career, to expose the systematic cheating in Russia and live up to the ideals expressed in the World Anti-Doping Code. For her to be called “not ethical enough for the Games” in the media release of the IOC on 24th of July is a tremendous blow. And even more, it was deeply disappointing that the so-called IOC “Ethics Commission” discredited Yuliya by providing untrue information in the very same press release.

We believe that the IOC’s focus on Yuliya’s past sanction for doping shifts the spotlight away from the real issue, which is that the IOC took no action against Russia for punishing Yuliya for being a credible whistle-blower by refusing to put her on Russia’s Olympic team. At no point did the IOC, unlike the IAAF, demand publicly from the Russian sports authorities that they recognise our whistle-blowing as an important and valuable contribution for clean sport in Russia. This amounts to political discrimination in direct violation of the Olympic Charter and was nowhere mentioned in the IOC’s decision.

Our disappointment and sadness is huge. We asked the IOC humbly that Yuliya, as she would never be nominated by the Russian Olympic Committee, be permitted to compete as a neutral athlete at theGames in Rio, in accordance with IAAF rules and the approval by IAAF. We did not ask for special treatment, as she is a fully qualified Olympic-caliber athlete. Instead, we asked that she be restored to the position she would have been in had she never risked everything by exposing Russia’s state-dictated doping program. In addition, in spite of the clear statements of the Russian Olympic Committee and the Russian Athletics Federation to not nominate her for participation in the Games, Yuliya confirmed to the IOC Ethics Commission that she would be willing to compete under the Russian flag. While Russia was permitted to send hundreds of athletes to the Games, Yuliya’s request was denied. Although we are heartbroken, we wish to clarify that we have from the beginning chosen to not follow a judicial path.   We understand that the IOC has discretion to invite whomever they choose to the Games. We believe that in exercising this discretion to deny Yuliya a place in the competition, it sends a message that the World Anti-Doping Code and the values of Olympism are merely words on a page. As a result, we will not file an appeal to CAS.

More than 250’000 people have signed a petition to ask the IOC to review their decision. We hope that even more will join that petition under https://www.change.org/u/44171830 in order to show the IOC that their decision is wrong and unfair. We do not feel, however, that fighting this through CAS is the path to take.

Finally, we wish to clarify one last point that is very important to us. The IOC Ethics Commission stated that Yuliya “did not satisfy the ethical requirements for an athlete to enter the Olympic Games”. Yesterday an interview was published of Jack Robertson, the former head investigator of WADA, who is a man of tremendous integrity. He said:  “The IOC questioned her (Yuliya’s) motives for speaking out. David, for all of my career I ran informants and whistleblowers, and every time I had to determine what their motivation was for cooperating. Some for revenge, some for money, some for lighter punishments, some to atone for sins. In my 30-plus years in investigations, I have never ever met two people that had more pure motives than Yulia and Vitaly. Yulia was not even seeking a reduction of her sentence. She was entitled to that, but she took the full ban, and never once requested from me that it should be lessened. They had to leave everything, not just careers but their home, to hide in the U.S. Their sole motive is to allow future Russian athletes be able to compete without doping if they don’t want to. In Russia, they’ve been labeled ‘traitors.’ The one thing she ever asked for in return was to be able to compete as a clean athlete in the Olympics. If she said nothing, she’d have a home and a salary and be in Rio right now.” Rather than pursue an appeal to CAS, we  sincerely appreciate and focus instead on this statement. More so than any statement of the IOC “Ethics Commission,” Mr. Robertson’s views restore our faith that some in the Olympic Movement truly do embody the highest ethical and moral principles that the IOC seeks to promote.

SEE: Message board thread on doping>>