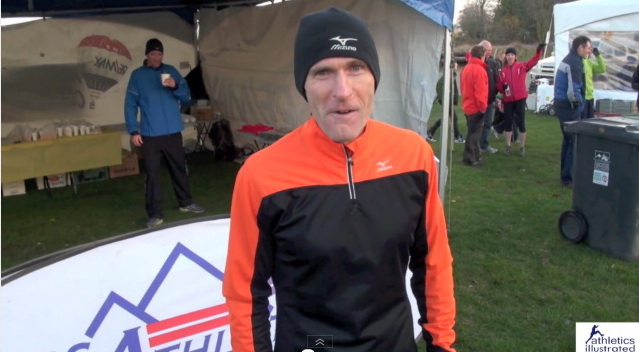 Duran, a Panamanian, is known as one of the top welterweight – middleweight boxers of all-time. He is also well-known for declaring “No Mas” as in “no more” or “No Sigo” for “I won’t go on” during his rematch with the legendary Sugar Ray Leonard; either way, he knew when it was time to quit.

Boyd, so fixed in his moral position, absolutely refused to relent – especially in online chat forums and on social media. The bullheadedness cost him his job. His doggedness is to be admired and appreciated, but he simply didn’t know when to quit.

He was arguing in favour of the firing of rival Dave Scott-Thomas of Guelph University,  and Athletics Canada’s defunding of Speed River Track and Field Club.

Queen’s University Athletics Director warned him to stop. There is conflicting arguments in the running community as to whether he stopped or continued.

He went as far as to call out Olympic marathon runner Reid Coolsaet, who was close to Scott-Thomas, as well as to suggest that the titles that Guelph won during Scott-Thomas’s tenure to be rescinded.

Canada’s athletics-coaching community is reeling with the recent firings of coaches including Scott-Thomas, the most successful CIS/USport coach of all-time, the firing of Rob Pike from Trinity Western University and the Ottawa Lions Andy McInnis and Ken Porter, who were suspended by Athletics Canada for alleged sexual abuses.

Boyd, unlike the others, was not fired or suspended for alleged immoral activities. He was fired because he refused to back off on his position – arguing with many of Canada’s athletes in a very public way.

The firing of Scott-Thomas has divided Canada’s small running community.

Boyd, one of Canada’s top athletics coaches, paid for his high-risk pursuit of retribution. Continuing to flail while metaphorically bloodied and TKO’d on the canvas, he told Michael Doyle of the Globe and Mail, “It took 13 years for Guelph to fire their coach for what he did, and it took two months for Queen’s to get rid of me for having an opinion about it.”

It wasn’t just his opinion that was being censured, it was his unbaiting, insensitive pursuit of justice.

While he is a talented coach and a morally-principled person, he is a fighter to the end. And with the firing of Scott-Thomas, he was winning the fight and the war. He should have declared “No Mas” and quietly continued his role of head coach at Queen’s University.