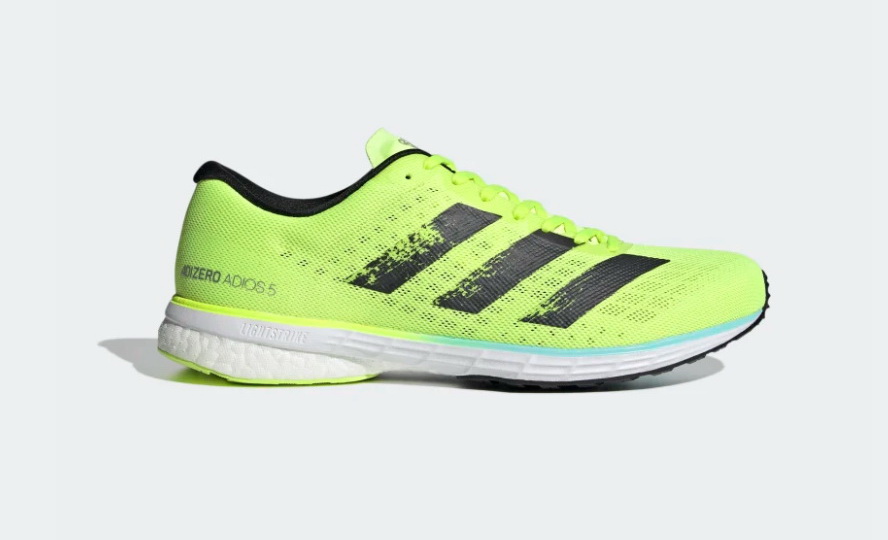 At first, the number of personal, event, national, and world records being set seemed to be tied to the timing of the pandemic. Perhaps it was the quiet of the race schedule that made each performance stand out on its own in a more gregarious way. Perchance it did, but there is no denying that during 2020 and so far in early 2021 we are seeing a higher rate of outstanding performances on the roads and tracks.

In part, it may indeed be the lighter schedule that gives athletes an opportunity to shine because there may not be as many other opportunities to do so. Also, conceivably and just as importantly, a heavy race schedule can dampen some sharpness. However, the biggest change appears to be in the footwear.

Sean Ingle wrote in the Guardian, “The genie is not only out of the bottle, it is granting wishes at a record rate. The men’s 5,000m and 10,000m world records? Both toppled in recent months, along with the women’s 5,000m. And then last week came the jaw-dropping sight of Elliot Giles, who has never reached a world final, running the second-fastest indoor 800m in history – 1min 43:63sec – to smash Seb Coe’s UK record.”

During 2020, there were several world record performances on the oval by athletes wearing super shoes. For example, Ugandan Joshua Cheptegei took both the 5000m and 10,000m world records. Both records were previously owned by Ethiopian Kenenisa Bekele. Cheptegei ran 12:35.36 and 26:11.00. He also took the world 5K road record in Monaco with a 12:51 performance. The two former records sat for 16 and 15 years, respectively.

Ethiopian Letensenbet Gidey broke the 5000m record with her Valencia performance of 14:06.62 in October. She also set a national record in the 3000m at Cobb Track in Palo Alto, CA with an 8:20.27 clocking. Tirunesh Dibaba, also of Ethiopia had the previous 5000m record from 2008 at 14:11.15. These — including Dibaba’s and Bekele’s records — are stunning achievements.

Kenyans Kibiwott Kandie and Peres Jepchirchir not only won the 2020 World Athletics Half Marathon Championships on Dec. 6, but they also improved on the world records. Not only did Kandie break the former world record, but so did the next three athletes who finished behind him. The four recorded times of 57:32, 57:37, 57:49, 57:59. It was a jaw-dropping display of shoe technology. All four are the first to break the 58-minute benchmark. The performances leave former record holder Geoffrey Kamworor (58:01) of Kenya rendered as a near-forgotten man — he just set the record in 2019. The fifth-place finisher from that race now owns the sixth-fastest performance all-time at 58:11. Curiously, records are dropping like interstellar dust on the Mars Rover.

Already this year, Kenyan Beatrice Chepkoech set a new World record 5K. In Monaco, Chepkoech finished in a time of 14:43 where she bettered the former World record by 1 second. Chepkoech is coming off a strong indoor campaign, where she finished two times on the podium in a World Tour Indoor and set a new personal best for 3000m. In the same race, Richard Douma broke the Dutch national record with his 13:24 performance. Joshua Cheptegei won the race in 13:14.

Although not quite as outrageous Marc Scott and Elise Cranny won the 10,0000-metre event at The Ten event Saturday night in San Juan Capistrano, CA. Scott ran a 46 second personal best clocking a 27:10:41. Cranny finished in the time of 30:47.42. Both are top national times and under the Tokyo Olympic qualification standards.

Ingle started the article off with the subheading: “Records are being smashed but the runners involved are reluctant to admit the difference the new technology is making.” Case in point, TV Commentator and former Olympian Tim Hutchings Tweeted about the super shoes and a few athletes got into a strongly-worded debate.

Marc, I’m very happy to give you credit – it’s fully deserved & I’d never disrespect that. I don’t know what “high horse” you’re on about; this is about the technology in a new era of footwear that is changing an event landscape. https://t.co/yk1cwwEjxv

It is a case of damned if you do and damned if you don’t purchase or be supplied with (if you are sponsored), shoes that contain special foam rubber and carbon spring-loaded plates. If you don’t, you will likely be beaten. If you do, there will always be that caveat, “but that performance was aided by special shoes.”