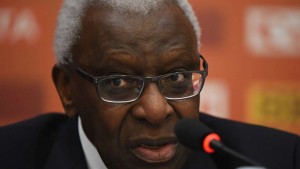 Antidoping Switzerland has suspended its cooperation with the International Association of Athletics Federations (IAAF) following the recent drugs scandals which have rocked the sport.

A few days afterwards Le Monde published an email from new President Sebastian Coe’s chief aide Nick Davies in which he suggested not naming Russian athletes who had failed drugs tests in the run-up the 2013 World Championships in Moscow.

Davies, who is also the IAAF’s deputy general secretary, later announced he was temporarily standing down while the world governing body’s Ethics Committee investigated the case.

The Briton claimed that none of the suggestions in his emails had been acted upon and he was just “brainstorming”.

The Bern-based Antidoping Switzerland, however, have decided that they will wait for the outcome of further investigations before they start working with the IAAF again.