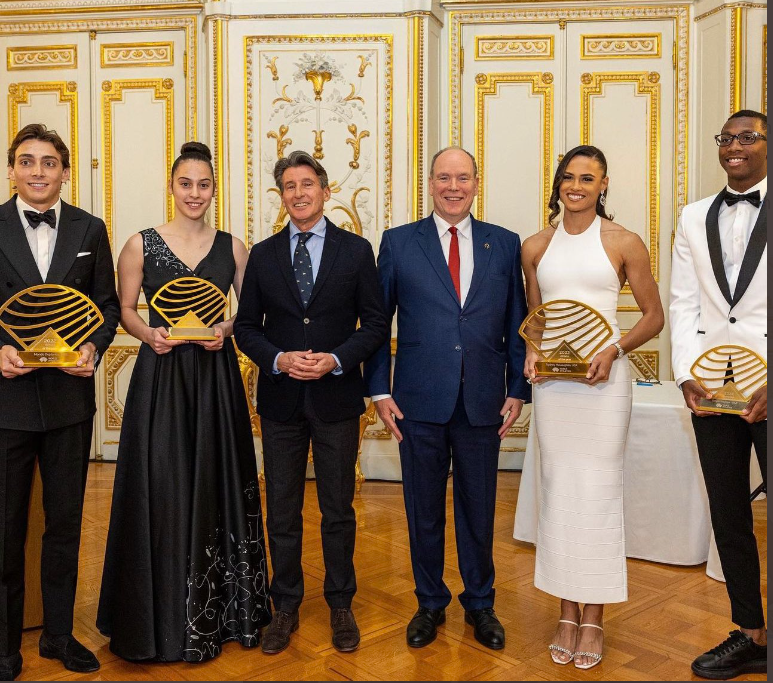 American Sydney McLaughlin-Levrone and Swedish Armand “Mondo” Duplantis were named World Athletes of the Year on Monday. Both athletes had big years in 2022 including each winning gold medals a the Eugene World Athletics Championships.

McLaughlin won the 400 metre hurdles in a stunning 50.68 seconds, shattering her own world record that she set less than a month earlier at the same track.

The 23-year-old Olympic gold medallist helped the American team to gold in the 4x400m relay in spectacular fashion.

McLaughlin-Levrone will be targeting the 400m flat world record in 2023, likely sometime during the Diamond League in spring or summer.

“Everything we aimed to do, we accomplished,” McLaughlin said in a post on the World Athletics Twitter page. “There’s more possible, and I think as a whole this generation of athletes is figuring out there’s a lot more we can do.”

Fraser-Pryce won the award in 2013. During the 2022 season, she defended her 100m title at the World Championships with a championships record time of 10.67 seconds. She finished the season clocking seven sub-10.70 performances. No Jamaican athlete has won the award multiple times. Amusan, one of the other finalists, won the World 100m hurdles title in a wind-assisted time of 12.06 but clocked a world record time of 12.12 during the semifinal competition.

Armand “Mondo” Duplantis cemented his status as the all-time greatest-ever pole vaulter when he cleared a world record 6.21m and earn gold in Eugene. It was the third time he broke the world record in 2022.

“I try not to put limits on myself. I can definitely jump higher than I’ve jumped right now. So I guess we’ll see how high, but I want to push it higher than people think is even possible, that’s for sure,” he posted on Twitter.

Erriyon Knighton, World Championships 200m bronze medallist of the US won the men’s Rising Star Award for the second year in a row.

Erriyon Knighton 🇺🇲 is the World Athletics Male Rising Star of the Year!!
He becomes the first person in history to win the award twice.

He ran a PB of 19.49s, won Bronze in the men's 200m at the World Champs & is also the youngest winner of a sprint in Diamond League history. pic.twitter.com/vk27F9tZFE

Serbia’s Adriana Vilagos won the women’s Rising Star Award after successfully defending her U20 javelin title at the World U20 championships in August in Colombia. She threw the javelin 63.52m. The year prior, as a 17-year-old, she tossed for 61.46m at the World U20s in Nairobi, Kenya.

Also in August, she threw for 62.01m to win the silver medal at the European Championships in Munich, Germany.

Adriana Vilagos 🇷🇸 is your Female Rising Star of the Year 🙌#AthleticsAwards pic.twitter.com/803iwKIeCk

Vilagos is also the 2022 Balkan and is a three-time defending World U20 champion.