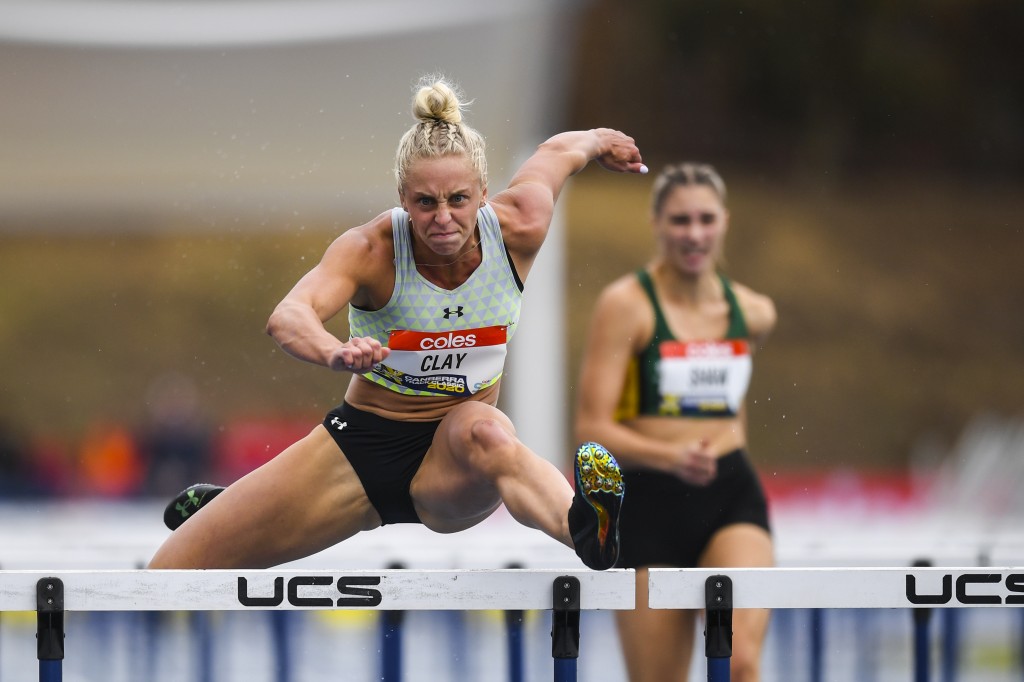 A year after sustaining nerve damage in her neck following a gym accident, Sydney will be the venue for a return to competition for former world champion Dani Stevens (N, Denis Knowles). The Sydney Track Classic will be her second competition in just two-and-a-half years. Queenslander Taryn Gollshewsky (Q, Les Kuorikoski), a World University Games medallists, Commonwealth Games medallist British international Jade Lally will provide good depth for the competition.

A couple of Olympic qualifying vaults of 5.80m this year from Kurtis Marschall (W, Paul Burgess and James Fitzpatrick) earmark this as one of the feature events of the evening. In good conditions, Marschall is set to raise his two-year-old outdoor PB of 5.81m. Some injuries and of course COVID-19 have hampered opportunities to take that mark higher.

Former NSW vaulter Angus Armstrong (W, Paul Burgess and James Fitzpatrick) returns to where it all started for him, hoping to impress friends and family and push his season best of 5.30m towards his PB of 5.65m.

Much interest surrounds the rising star from South Australia, Jack Downey (S, Kym Simons). The teenager who has 10.80 100m speed, has improved from 5.13m to 5.45m this summer.

Similar to the men, this will be the first opportunity for our leading women’s vaulters to compete outside their state. Leading Tokyo hopes Nina Kennedy (W, Paul Burgess and James Fitzpatrick) and Elizaveta Parnova (W, Paul Burgess and James Fitzpatrick) will feature in this competition. Kennedy has vaulted 4.70m or higher on seven occasions – six in the last three months. Her highest jump of 4.75m in January moved her closer to the national record of 4.81m. In all her competitions in 2021, she has attempted a new Australian record of 4.82m – can she nail it in Sydney?

Parnova has been over a season’s best of 4.45m in January and no doubt keen to reach her PB of 4.60m. Two Kym Simons’ coached athletes from South Australia Courtney Smallacombe (S) and Madeline Lawson (S) add exciting depth to this event. Both have cleared equal PBs this summer of 4.30m and 4.20m respectively.

The women’s national 5000m title looks very much like a rerun of Zatopek, but over half the distance which may suit some athletes better. Zatopek champion Rose Davies (N, Scott Westcott) is one who may be more suited over the shorter distance. She recently withdrew from the Box Hill Burn 5000m due to a plantar fasciitis issue. Izzi Batt-Doyle (S, Riley Cocks) was impressive both at Zatopek, where she placed second, and the Box Hil Burn,l where over 5000m, she just missed the Olympic standard clocking a 15 seconds PB time of 15:11.07. After lots of good performances over 10,000m and 10km road races, Genevieve Gregson (Q, Nic Bideau) will be in form to compete in Sydney.

In her last race over this distance, Melbourne based Canadian, Andrea Seccafien (Nic Bideau), placed 13th at the 2019World Championships in a five second PB time of 14:59.95 – making her the fastest in the race. Sports Management student Lauren Ryan (V), was very impressive with fifth at Zatopek in 32:16.11. She showed her great range a week later winning the Victorian Mile Championships in 4:34.75 and will be well suited at the 5000m distance.

What will be different than the Canberra race, is the low altitude in Sydney and if they didn’t clock Olympic qualifiers in Canberra, they are odds on too in Sydney.

National record holder and Olympian, Damien Birkinhead (V, Scott Martin) with three consecutive competitions over 20 metres is in his best form for three years and he needs to be as local Sydney 20-year-old, Alexander Kolesnikoff (N, David Bruce) is making significant progress this summer. Kolesnikoff, a mid-17 metre putter a year ago, has recorded four consecutive 19 metre puts this year.

Riley Day (Q, Paul Pearce) returns to her pet event the 200m, a distance as an 18-year-old she made the Commonwealth Games semi-final. The form of local teenager Monique Quirk (N, Greg Smith) will be a threat following her NSW Championships double in PB times of 11.50/23.20.

Lining up for their third 110m hurdles in a week are Nick Andrews (N, Tim O’Neil) and Nick Hough (N, Anthony Benn). In their first encounter at the NSW Championships, just 0.01 second separated them when they clocked super quick times of 13.45 to 13.46 wind assisted.

·       After her stunning time of 51.61 in the NSW 400m Championships, Bendere Oboya (N, John Quinn) drops down to 300m and will be tested by Olympian Anneliese Rubie-Renshaw (N, Peter Fortune).

SHOESTRINGS: Australian Prime Minister Scott Morrison confirmed the Government’s full support for Brisbane’s bid for the 2032 Olympic and Paralympic Games as the city moves closer to being awarded the event.

Morrison told the International Olympic Committee (IOC) during the second day of its virtual Session that Australia would be a “certain partner in uncertain times”.

The Australian city has entered into exclusive talks with the IOC, which the organisation calls “targeted dialogue”, over staging the Games in 11 years’ time.

“Every level of Government is working together to deliver Brisbane 2032,” Morrison said in a video message played during the Session, according to the publication Inside the Games.