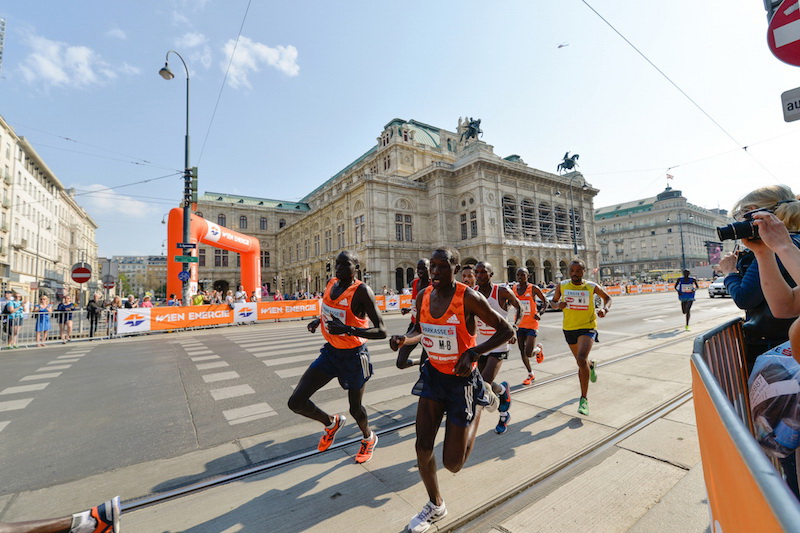 Swiss record holder Tadesse Abraham will run his next marathon in Austria. Organisers of the Vienna City Marathon confirmed the start of the 36-year-old who holds a personal best of 2:06:40 and was runner-up in the European Championships’ marathon in Berlin last summer. Returning to Vienna will be the winner of the race from 2016, Robert Chemosin.

Kenneth Keter is another Kenyan who can challenge Abraham. Including running events at shorter distances staged parallel to the marathon organisers expect more than 40,000 athletes for the 36th edition of the event. Entries for the IAAF Gold Label Road Race are being still accepted online at: www.vienna-marathon.com

For Abraham, it is about bouncing back. He competed at the Dubai Marathon in January but did not have the performance that he had hoped and trained for. Instead of breaking his personal best he had to be content with a 2:09:50 performance and tenth place in the United Arab Emirates. Since Abraham is the fastest runner on the current start list he will run in Vienna with a different goal: “My main aim will be to win the Marathon. However I want to run a good time as well,“ said Tadesse Abraham, who could become the first European male winner of the race for 18 years. Back in 2001, Luis Novo of Portugal took the race with 2:10:28. Since then there were only African winners in Vienna.

“It is too early to speak about possible time goals, but I want to run faster than in Dubai,“ said Tadesse Abraham, who travels to his training camp in Addis Ababa this Wednesday. Apart from a 15 k test race in Switzerland in mid-March, he will stay in Ethiopia until a few days before the Vienna City Marathon. Originally from Eritrea Tadesse Abraham received Swiss citizenship in June 2014. Since then he has been among the very best European marathon runners. With a seventh place in the Olympic race in 2016, Abraham was the strongest European in Rio. Qualifying for the Games in Tokyo next year is a major goal for the European half marathon champion from 2016.

A quicker time than Abraham’s Dubai result will most certainly be needed to be in contention for victory in Vienna on 7 April. A runner who has the advantage of knowing the course and how to win in the Austrian capital is Robert Chemosin. In very windy conditions the Kenyan took the race in 2016 with 2:09:48. „This is the beginning of a new life for me,“ Chemosin said after his triumph in Vienna. A year earlier he had shown that he can run considerably faster when he was runner-up in Warsaw in 2:08:05. The 30-year-old also holds a very good half marathon personal best of 59:19.

Another strong contender is 222-year-old Kenneth Keter. The youngster from Kenya ran a fine debut marathon in Frankfurt last October despite windy conditions, taking fifth place with 2:07:34. He will be eager to improve his time when he runs his second marathon in Vienna.