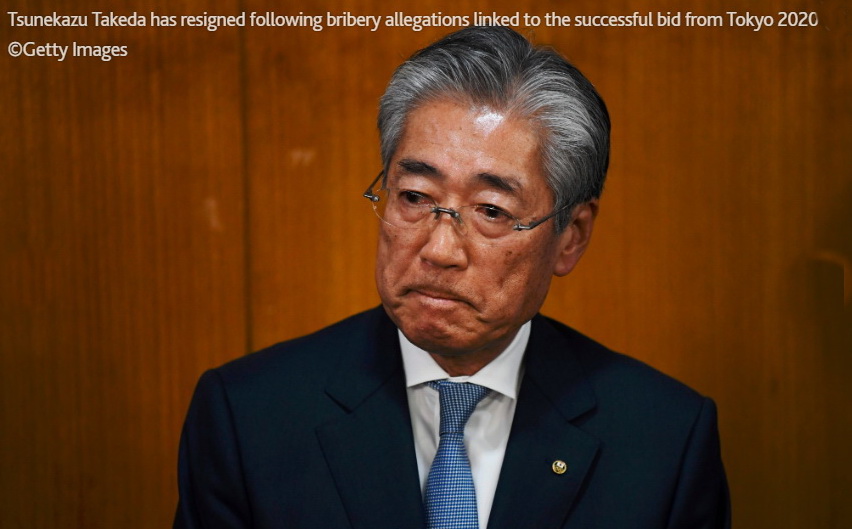 Tsunekazu Takeda will resign as President of the Japanese Olympic Committee (JOC) following bribery allegations linked to the successful bid from Tokyo 2020.

Reports that he would step down initially emerged last week, with the official now announcing his resignation formally at a news conference in Tokyo.

The 71-year-old, the son of Prince Tsuneyoshi Takeda and great-grandson of the 19th century Emperor Meiji, will also leave his role as an International Olympic Committee (IOC) member, where he was chair of the influential Marketing Commission.

According to the Japanese news agency Kyodo News, Takeda, while denying the allegations, apologised for the disruption he had caused.

He will officially depart as JOC President on June 27 when his term ends.

“It is most appropriate to leave the JOC to younger leaders as we await the Tokyo Olympics and Paralympics, and have them open up a new era,” he reportedly said following a meeting of the JOC’s Board,” he said.

“I have not committed any wrongdoing.

“I will strive to prove my innocence.”

Takeda’s position first came under scrutiny in January after it emerged he had been indicted in France on corruption charges.