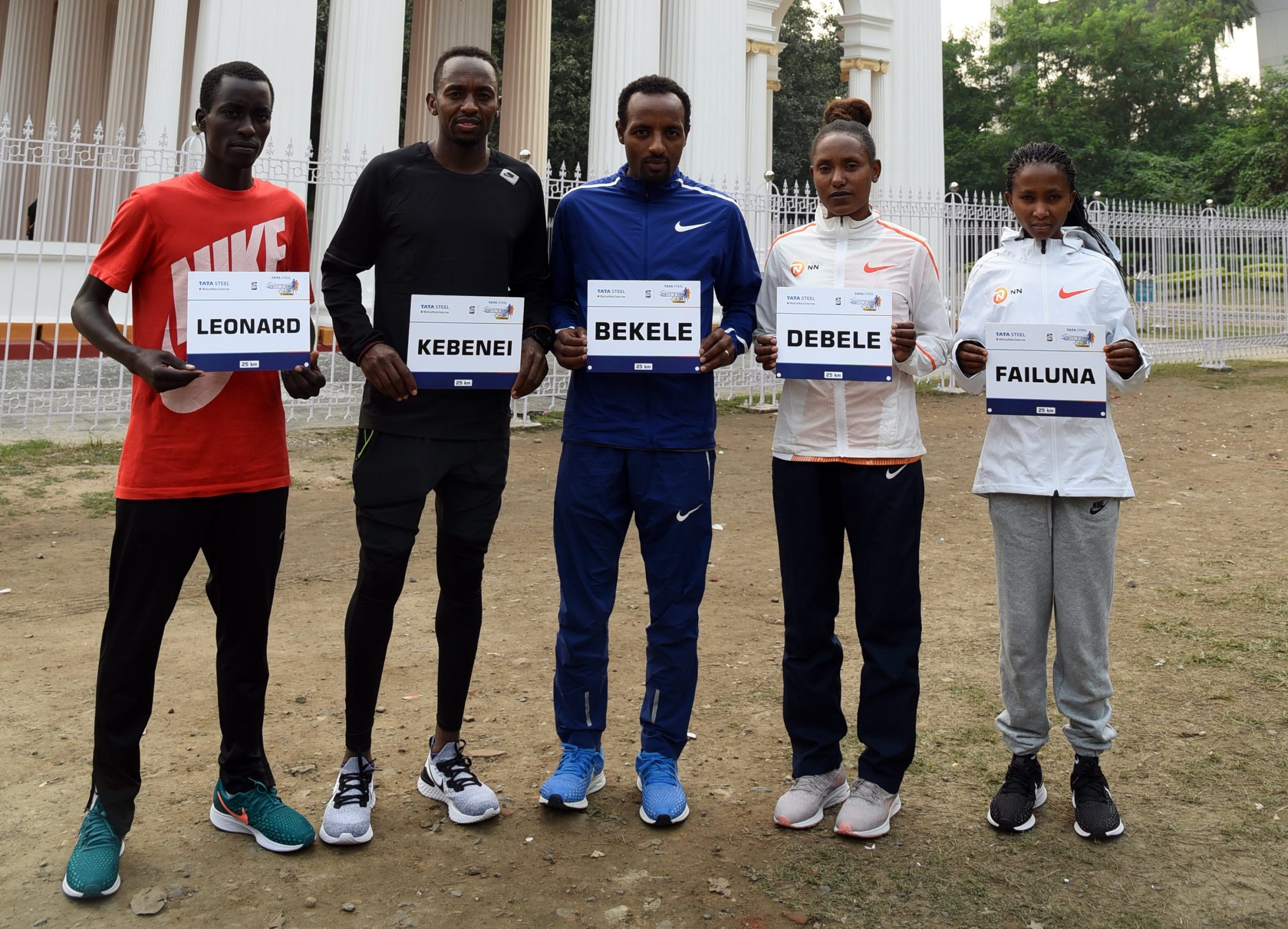 Ethiopia’s Tariku Bekele hopes to follow in the footsteps of his superstar brother Kenenisa and add a win at the Tata Steel Kolkata 25K to his own impressive list of accolades on Sunday 15 December.

His elder brother won in the City of Joy two years ago when he set a course
record of 1:13:48 and Tariku, while somewhat uncertain of his current form,
certainly has the capability and credentials to approach that mark if all
goes to plan.

“I am feeling very good at the moment. Last year, I had a lot of hamstring
and calf problems and I didn’t race for more than a year until I ran the
Seoul Marathon last month (where he finished sixth in 2:11:30),” reflected
Bekele at the traditional pre-race press conference on Thursday.

“The time wasn’t too fast but that run restored my confidence. Yes, my
hamstring was a little sore after that race, but I am feeling a lot better now.

“I train a lot with my brother and he also provides me with some coaching
advice. He is my hero and after he returned after winning the 2017 race in
Kolkata, he told me a lot about what it was like to be running around on
the roads here. I will be able to form my own impressions on Sunday.

“Ultimately, I think I have the capabilities of running even as fast as my
brother in the marathon but my transition from a track runner to a road
runner has not been easy, and we are also two different runners with
different abilities,” added Bekele, modestly trying to avoid direct
comparisons.

Nevertheless, although Kenenisa Bekele is a multiple Olympic and world
champion as well as a world record breaker, Tariku has also amassed a
decent number of honours.

Back in 2008, he emulated his brother by winning the world indoor 3000m
title and he took the London 2012 Olympic Games 10,000m bronze medal.
However, London was Tariku Bekele’s last major championship
appearance and the TSK25K marks the start of his bid to get back into the
reckoning for the selection for the Tokyo 2020 Olympic Games.

The 25-year-old Kenyan had Achilles problems in 2018, which restricted him
to just one race but showed recently that he was back to top form with a
half marathon personal best of 59:09 at the high-quality Valencia race on
27 October.

“This race (in Kolkata) will be useful for my transition to the full marathon. I
have only raced a half marathon a few times and the longest distance I
have ever run in 30km,” commented Barsoton.

Bekele and Barsoton are just two of an estimated 15,000 runners who will be
on the start line on Kolkata’s Indira Gandhi Sarani, which is still well-known
by its former name of the Red Road, with the start and finish line within sight
of Fort William while the opening kilometres circle this Raj-era edifice and
runners also pass alongside the River Ganges.

“The course this year is new between 7km and 16km, and I believe better,”
commented TSK25K race director Hugh Jones. “We lobbied for the change
and it was one that we have wanted for two years. Now, we have reached
an agreement with the local police here in Kolkata which I think will be to
the advantage of all the runners.”

Salpeter’s absence leaves Ethiopia’s Birke Debele as arguably the favourite
to take the US$7500 first prize on Sunday in a race which could easily end
up as close as 12 months ago when just 15 seconds covered the first four
women.

Debele finished third at the Tata Mumbai Marathon in January, another
Procam International promotion, and has since improved her personal best
over the classic distance to 2:23:19 when finishing fourth at the Toronto
Marathon in October.

Tanzania’s Failuna Matanga, who finished third in the last two years, also
returns to Kolkata and is aiming to move up a rung or two on the podium.