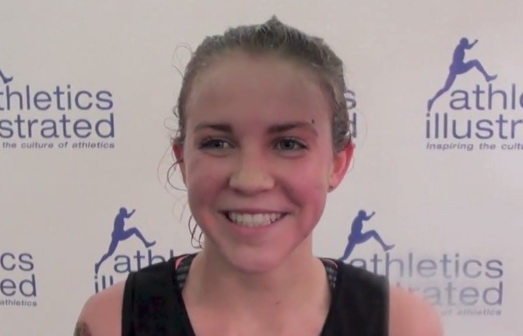 Many people in the Canadian running community have seen images from the 2019 NACAC Cross Country Championships that took place in Port-au-Prince, Trinidad and Tobago and the balmy conditions. The photo below, taken by Lake Country, BC’s 19-year-old running phenom Taryn O’Neil, who won the U20 race, is especially indicative of an athlete digging deep.

As illustrated, the runner, Natasha Wodak, who will be competing in the 2019 IAAF World Cross Country Championships in March in Aarhus, Denmark, was going to the proverbial well in this regional race – an excellent example for the junior runners that travelled to the meet. Wodak is a 2016 Rio Olympian and national record holder.

The day was warm. Currently, the forecast for Port-au-Prince is for a daily high of 30 degrees, every day.

It was 33 when the NACAC championships took place – hot is an understatement for a Canadian racing in February.

“The race was 100% a team effort. It was really hot (33C) especially coming from a North America winter,” said O’Neill, a Villanova Wildcats athlete. “Our travel had been delayed and the hotel we were at was hosting a concert the night before the race, so everyone was a little down on sleep.”

According to O’Neill, in classic understatement, it was not the event for anyone to show off and take it out hard, “so we ran together.”

Asked to describe how the race played out she told Athletics Illustrated, “For about 4K it was all five Canadians (unfortunately Brogan MacDougall got sick and didn’t race) running in a pack, which was so much fun. It went out fairly slow so we were all able to support and splash water on each other from the aid stations. Then with 1K to go, it was me and my roommate Charlotte Wood. With about 200m remaining, it was up to a kick.”

O’Neill won with that kick. Having a season in the NCAA with Villanova University would help, while running on the edge of an indoor season – a time when fine speed can be developed.

“It was such a short trip, ending up only being in Trinidad for about 48 hours, but such a good experience,” added O’Neill. “The girls were all really fun to run with and the senior women were awesome to hang out with. Throughout every travel and hotel issue, there was not one complaint. Everyone recognized there wasn’t anything we could do and just had fun anyways.”

O’Neill has had a little trouble with injuries and as stated so many times by athletes in the midst of a good running season, it is not just the splits in training that count, but a consistent and injury-free stretch of training that makes a difference.

“As for my training so far, I had a really good winter break to lay down a base, which has helped a lot. I came into the fall a little injured with a badly sprained ankle that had me put for about three weeks and felt like I never really got fit. After some consistent training this winter, I’ve been feeling myself again.

This spring, O’Neill will embark on an outdoor track season, but before then, she has the World cross at the end of March.