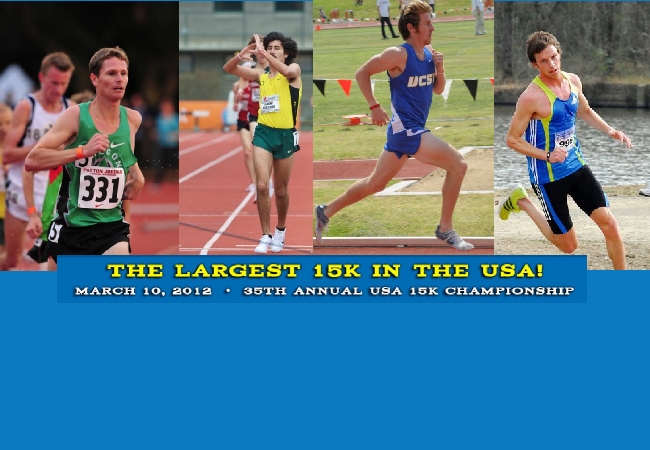 Adidas-McMillanElite is entering a men’s team into the 24th running of the Gate River 15k, to compete for the Ten Broeck Team Cup competition as well as the US 15k Team Championships. The race will happen Saturday, March 10th in Jacksonville, Florida. McMillanElite are expecting to win for the second consecutive year. The team includes, Nick Arciniaga, Scott Smith, Danny Mercado and the team’s newest member Ben Bruce. The top three team finishers score using the team average time to determine the winner. The top team earns $10,000.

Greg McMillan said, “we are looking for another win this year. Last year (2011) we set the team course record with an average of 43:44”.

The winner of the 2011 race was Mo Trefah, who won for his second consecutive  year, both races he finished in the identical time of 42:58, according to the Gate River 15k website.

The American record of 42:22 was set by Todd William in 1995. Williams is a five-time winner, in six years. Asked if a time in the low 43-minute range would take the overall win this year, McMillan said, “it should, but you never know who is going to show up and how fit they are going to be”.

McMillan is correct; sucess will depend on who shows up. The Gate River 15k since 1978 have had a whose who of American distance running compete for the overall win with the likes of Bill Rogers, who was the inaugural 1978 race winner with his finishing time of 44:46. Since then some of the winners have been: Arturo Barrios, Dan Browne, Ed Eyestone, Ryan Shay, Anthony Famiglietti,  Meb Keflezighi who has won six-times in seven years and the most recent winner in 2010 and 2011 Mo Trafeh.

Asked if Arciniaga or Bruce are looking for the outright win, McMillan said, “yes, but again it depends on who shows up, they certainly hope for a top-3 finish.

Team McMillan are the current US 25k Champions. They also won the USATF National Club Cross Country Championships December 11, 2011. They have won three of four years. The year they didn’t win, they did not enter a team.