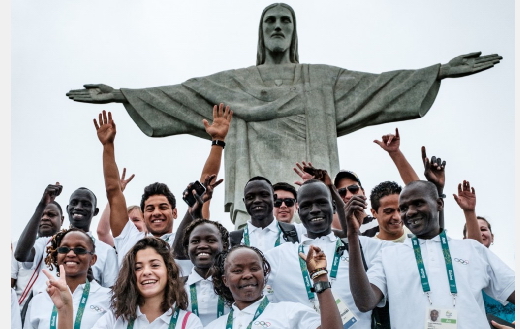 Tegla Loroupe has been named as the United Nations Person of the Year in recognition of her role to get refugees to participate in the Olympic Games.

The Kenyan, a former marathon world record holder, was the Chef de Mission for the 10-strong team that competed at Rio 2016.

Consisting of five South Sudanese, two Syrians, two from Democratic Republic of Congo and one Ethiopian, it was claimed the team would act as “a symbol of hope for refugees worldwide”, according to the International Olympic Committee (IOC).

The Sudanese athletes were spotted during trials held by the Tegla Loroupe Peace Foundation in the Kakuma refugee camp in north-west Kenya.

Loroupe, a marathon winner in London, New York City and Berlin, has had her contribution marked after the team’s participation.

“Loroupe, with her consistent advocacy in 2015, had succeeded in lobbying the International Olympic Committee to give a chance to refugees with athletics talent to participate in the Olympics,” a UN Information Centre in Nairobi statement read.

“As a result, 10 refugees (five from Kakuma) were selected for Rio Olympics.”