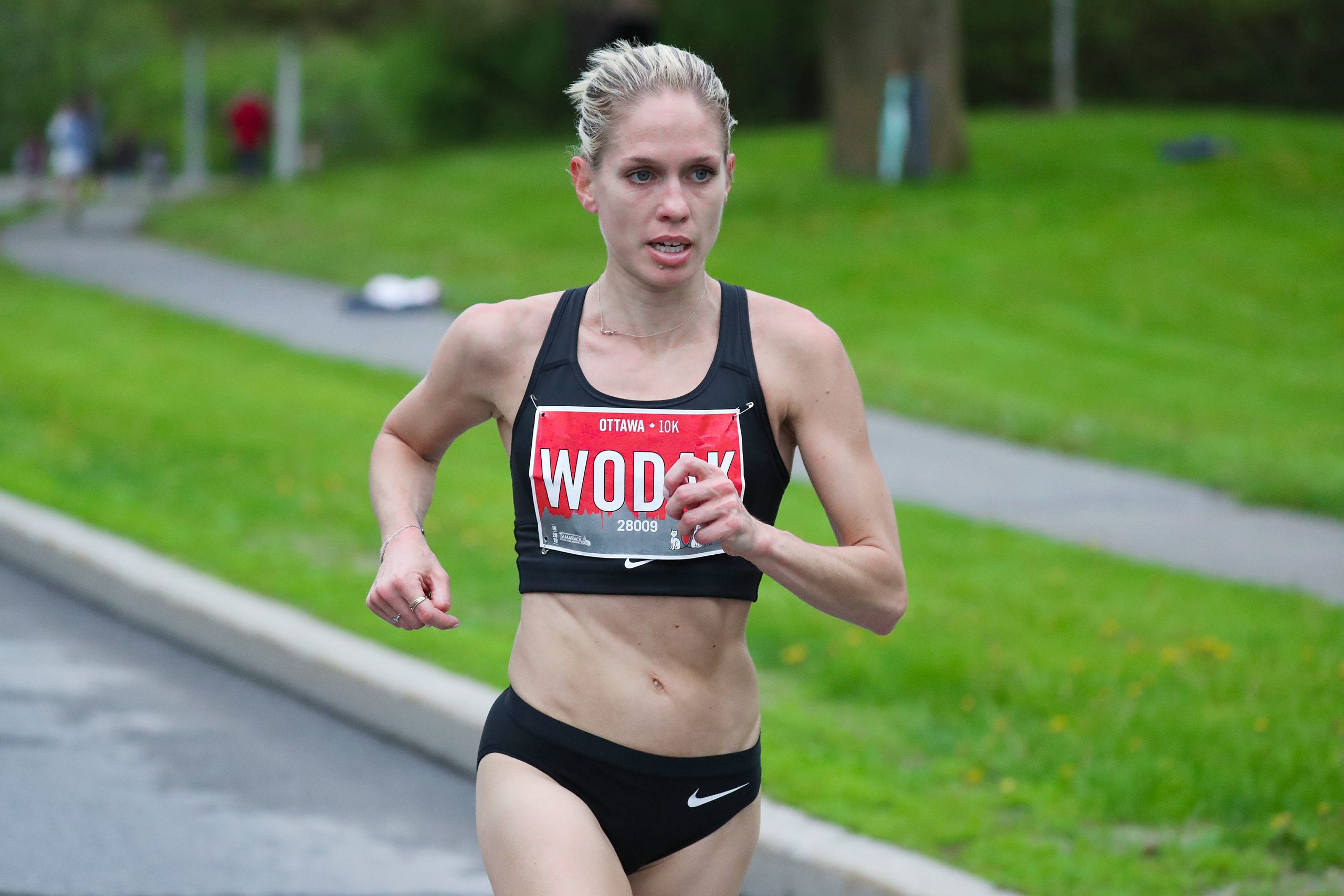 Wodak is a two-time Olympian, having represented Canada at both the 2016 Rio and Tokyo 2020 Olympics, where she finished a splendid 13th in the marathon. Only three Canadian women have had better finishes at the Olympics. Under the guidance of Lynn Kanuka (since 1989 the Canadian 10k record holder at 31:44), she has slowly resumed training with an eye on competing for gold and the $5,500 first-place prize on offer in Toronto.

Sexton recently moved to Vancouver, where her coach and partner Steve Weiler, has taken up coaching duties at UBC. She has been coaching the Vancouver Thunderbirds running group. The 2017 Canadian marathon champion has put in some strong performances at 10k over the years too. This past summer, she took the bronze medal at the Canadian 10,000m Championships held in Vancouver. Settled into her new home in Vancouver, she has been out on several training sessions with Wodak.

Inglis moved to Canada in 2013 to compete for Trinity Western University while working on her Master’s in Education. She has remained in Langley, B.C. as a ‘permanent resident’ of Canada. Twice she has represented her native Great Britain: at the European Team Championships in 2019 and as a junior in the 2010 IAAF World Cross Country Championships. With her marathon debut in 2020 (2:29:41), she is aiming to represent Scotland at the 2022 Commonwealth Games.  She is not eligible for medals or prize money in Toronto but relishes the opportunity to race in this championship.

Teschuk won numerous Manitoba high school championships before competing at North Dakota State University. It was while she was a student at NDSU that she represented Canada at the 2015 IAAF World Championships in the 3,000m steeplechase. She ran a PB of 9:40.07 in Beijing. The following year, she ran for Canada at the 2016 Rio Olympics. Although STWM 10K will mark her debut at the distance, she has run an excellent 26:28 for 8km and has been piling in the miles. Last month she moved to Kingston to coach at the Royal Military College.

In 2015 Hannah took the bronze medal in the Pan Am Games marathon on an extremely tough course. This is indicative of her resilience and versatility as a distance runner. She represented Canada at both the 2013 and 2015 World Cross Country Championships and won the 2014 Canadian 10K title in 33:08. She has also run 32:33 for the 10k distance though on a non-sanctioned course. These days, she is focusing on her career as a dietician at the University of Guelph’s Student Wellness department.

After graduating from the University of Michigan, where he ended his career with the 2018 NCAA 10,000m title, Flanagan turned pro with Reebok Boston Track Club. His impact on road racing was immediate. He won the 2018 Falmouth Road Race, one of North America’s most prestigious races. He took his second Falmouth title this past August. The 2021 track season saw him run PBs of 13:20.67 (5,000m) and 27:49.09 (10,000m). He must be considered the favourite in what will be his 10k road debut.

Preisner signalled his progress to international class when he won the 2019 STWM Half Marathon in 63:08. He also won the Scotiabank Vancouver Half Marathon earlier the same year. In December 2020, he ran 2:10:17 at The Marathon Project in Chandler, Arizona to qualify for the Tokyo Olympics. Prior to the Olympics he made his international debut for Canada at the 2019 World Cross Country Championships. His personal best at the 10k is 30:10, which he recorded while finishing third at the 2019 Under Armour Vancouver Eastside 10K. Clearly, he can run faster. He recently moved to Vancouver to train with the BC Endurance Project full time.

Evan Dunfee has been ranked amongst the world’s top race walkers since the 2010 Commonwealth Games in New Delhi where he finished 6th in the 20km event. He went on to win the 2015 Pan Am Games 20km gold medal and, having moved up to the 50km distance, earned bronze medals at both the Tokyo 2020 Olympics and the 2019 World Championships. His best 10km time of 40:19 was achieved en route to a 20km national championships. However, last summer he walked to a national 10,000m (track) record with a time of 38:39.72. He will be chasing a personal best road time in Toronto.

Media interested in covering the STWM 10K must register for accreditation here. All media must receive advance accreditation to gain access to the in-person event on October 17.