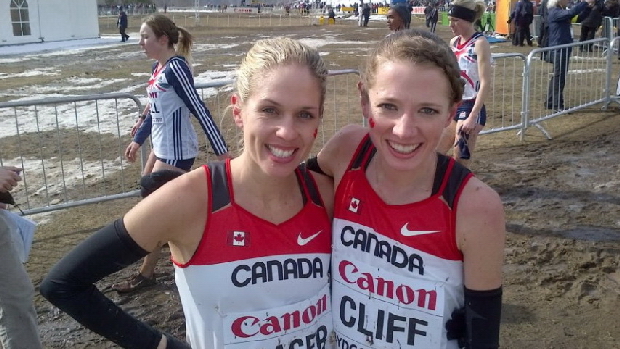 Mohamed Ziani Morocco 25
This Moroccan athlete won the 2016 Ottawa 10k in 28:37 on an unseasonably warm evening (22C), a race that organizers put back half an hour to help alleviate the conditions. Ziani was a member of the Royal Moroccan Guard up until last year but resigned in order to focus on his running. He has a best 10k time of 27:28 recorded at the 2016 Casablanca 10k. Already this season he has raced twice domestically over the 10k distance finishing 3rd in Meknes (28:30) and 2nd in Kenitra (28:47).

Benard Kimeli Kenya 22
As an unheralded young man Kimeli won the 2017 Prague 10k in an eye-catching 27:10, the equal 7th fastest time ever recorded on a legal course. Competing for Adidas, he has gotten the 2018 year off to a tremendous start winning the Prague Half Marathon in 59:47 on April 7th. Not bad for someone who only raced the distance once before! Kimeli recently signed a contract with Team Fujitsu in Japan where he will be based for the remainder of 2018. Kimeli trained to be a park ranger with the Kenya Wildlife Service and served at Tsavo National Park and Rimoi National Reserve until deciding to focus on professional running.

Andamlak Belihu Berta Ethiopia 19
Berta was a controversial selection to the Ethiopian IAAF World Championships team. But the Ethiopian Federation no doubt sent him to London to gain experience. Just 18-years-old he finished 10th in the 10,000m with a time of 27:08.94. Later that year, he finished 2nd in the 2017 Delhi Half Marathon with a superb time of 59:51. That was his debut for the distance. Earlier this year he finished 2nd in the Ethiopian championships 10,000m race then flew to Yangzhou, China to compete in the Yangzhou Half Marathon five days later. He was 5th in that IAAF Gold Label race (1:01:44).

Hicham Amghar Morocco 24
This 24-year-old university student could be a dark horse in the Ottawa 10k. He has a
personal best of 28:22 for the 10k distance, which he achieved when he won the 2017
Agadir 10km race. Most recently he was the winner of the 2018 Marrakech Half Marathon in
an excellent time of 1:00:23. Although he is self-coached, he trains with veteran
international distance runner, Mustapha El Aziz.

Abraham Kipyatich Kenya 25
One of Kenya’s most underestimated young runners, Kipyatich set a personal best 10k time
of 27:40 in winning the 2016 Prague Grand Prix 10k. In his Half Marathon debut, he ran
60:03 for the distance. That was in 2015. Earlier this year (April 7th), he came close to that time running 60:08 to finish 6th in the Prague Half Marathon. In 2017, he became the first non-Japanese runner to be signed to Japan’s Asahi Kasei team and spent April to November there racing for the club. Earlier this month, he agreed to pace his Japanese teammates over 10,000m in the Golden Games Nobeoka. He comfortably finished the track race in 28:00.72 indicating he is in great shape. He flies to Ottawa from Japan and will return there after the race. When he is in Kenya, he is based in Iten with his wife and young child. He will return to Japan until November 2018.

Edith Chelimo Kenya 31
One of Kenya’s most experienced road racers, Chelimo has a personal best 10k time of
31:07, which she recorded in Brunssum, Netherlands in 2016. But she is capable of running
much, much faster at this distance. Indeed, she won the 2017 Cardiff Half Marathon last
November in a superb time of 1:05:52 passing the 10km mark in 30:56. That is just one
second off her compatriot, Gladys Cherono’s Ottawa 10k record. More recently Chelimo
finished 5th in the 2018 Houston Half Marathon.

Gladys Kimaina Kenya 25
Another member of RunCzech, the Prague-based management group, Kimaina won the 2017 Paderborn Ostelauf (Germany) 10k in a personal best 10km time of 31:15. Training in Kenya with the likes of Vivian Cheruiyot, the 2018 London Marathon champion and 2016 Olympic 5000m silver medalist, Kimaina is married and has two children. Earlier this year she finished 7th at the Prague Half Marathon in a time of 1:10:40.

Natasha Wodak Canada 36
Wodak set a Canadian 10,000m record (31:41.59) in Palo Alto, California in May 2015
before setting a personal best 10k time of 31:59 at the 2015 Ottawa 10km. A proven
Canadian international, she has represented Canada at many international championships.
At the 2013 IAAF World Cross Country Championships, she finished 24th. In 2016 she
finished 22nd in the Rio Olympic 10,000m. Earlier this spring she ran her second best
10,000m time (31:50.18) to place 5th at the Commonwealth Games in Gold Coast, Australia. For the past year, she has been coached by 1984 Olympic bronze medalist Lynn Kanuka.

Rachel Cliff Canada 30
Cliff has been a consistent distance runner for several years. But the Vancouver-based
member of the BC Endurance Project has had a brilliant 2018 season already. In March she
smashed Lanni Marchant’s Canadian half-marathon record in Woodlands, Texas with
1:10:08. More recently, she finished 3rd in the Vancouver Sun Run 10k in 32:41 just a week after returning from the Commonwealth Games where she was 9th in the 10,000m
(32:11.11). Additionally, she cracked the 32-minute benchmark for the first time in her career at the Payton Jordan Invitational, finishing in the time of 31:56.86.