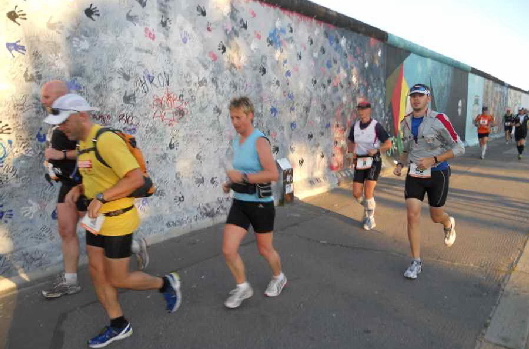 Berlin’s longest race commemorates the victims of the Berlin Wall that separated East and West Germany. 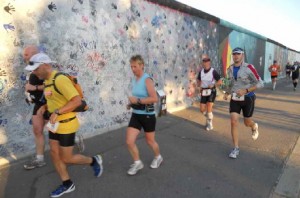 It is still another six months till the fourth edition of the Wall Race will be carried out, but the Berliner 100 mile race is already casting shadows. More than half of the starting positions (more than 300) are already taken! Among the endurance athletes who have registered from the race registration site www.mauerweglauf.de, is found the multiple Paralympic champion in the biathlon and Commissioner for the Disabled of the German Government: Verena Bentle.

Since its debut in 2011 the Wall Race takes place around Western Berlin. The runners follow predominately the former border strip. The running course will be the pathway formerly patrolled by soldiers of the border troops of the GDR.

The Wall Race intends to commemorate and recognise the numerous victims of the Berlin Wall who have died when attempting to cross the border to escape the communist East German side to West Germany. The Berlin Wall Race is dedicated each year to another Berlin wall victim – representing at least 138 people, who lost their lives at the border between 1961 and 1989. And this year the medal of the Wall Race, which is handed to every finisher at the award ceremony, shows the image of Marienetta Jirkowsky.

Marienetta (also called “Mickey”) was fatally shot at by border control soldiers during an attempted escape between Hohen Neuendorf and Berlin-Frohnau on the 22nd of November 1980. She succumbed to severe injuries in the hospital shortly after. Jirkowsky was just 18 years old. In contrast her fiancé and a common friend cleared the wall and came out unharmed.

The race is carried out on the weekend following the anniversary of the wall erection (August 13) – this year on 15th and 16th of August. The Patron is the former GDR civil rights activist Rainer Eppelmann.

Start is on August 15th at 6:00 AM at the Friedrich-Ludwig-Jahn-Sportpark in the district of Prenzlauer Berg where the finish will be located after 160.9km is run. Along the route 27 volunteer teams will support the participants at specially installed aid stations. The time limit is 30 hours. Whoever does not dare to take the challenge of Berlin’s longest race single-handed, is invited to master the adventure in a relay team with up to 28 members. Registration closes on the 15th of June.

A new and phenomenal course record was set last year: Britain Mark Perkins improved on the old record by almost three hours and managed to finish in the incredible time of 13:06.