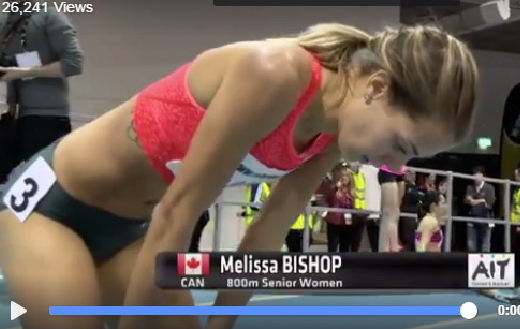 Perhaps there is some truth in the notion that in the sport of athletics it is the top sprinters who put the bums in the seats. This is especially true with world-class 100-metre sprinters and if the right name shows up, well the 200m runners can be just as compelling; some of them double and compete in both events anyway.

Like on a battlefield, sprinters are the first line of offence. They attack, hard. Powerfully built, their muscles ripple; all fast-twitch and jumpy, like knotted rope.

Before the starting gun cracks, the air is thick with anticipation; tense silence. The athletes set themselves ready in the blocks, prepared to propel themselves with abandon. The strain they exude casts a dampening pall over an otherwise celebratory crowd. The paying fans sense foreboding; necks crane, then the gun breaks the spell and one wrong move; get out of the blocks too slow, or flinch too soon and it’s at least six more sleepless nights for that high-strung mediator between angst and joy. Race days are lifetimes lived in anticipation of their 10-or-11 second rip down the track.

Are the sprints the main events and everything else just flowery athletic wallpaper? Not a chance.

Anyone with an ear towards the sport understands that the meet is the confluence of finely detailed preparation, execution and concentration on race day, especially during the beautiful and the terrible 800-metre race. It is not a sprint, but don’t tell that to the competitors. It is not an endurance race, but keep that to yourself too. It is both; a beautiful blend of flow and heart-wrenching calamity.

To the uninitiated, the 800 may appear to be just another middle-distance race, elbows flying, someone drafts the leader, perhaps a pacer. The wind ripples shorts, singlets and hair. Heels reach the butt and the knees come up just short of the horizontal plane. All smooth, but edgy, all speed yet patience and more foreboding, but it is the athlete who anticipates. After 600m, they may wonder, when will that lactate storm start to creep in? Am I safe? The effort is accumulating, was the first 400m one-tenth of one second too fast?

The 800-metre runner is a thoroughbred. On the battlefield, they pass the infantry already decimated and spent from their dash; the cavalry rides on and into their own bodily storm. But, as in a sprint, there looms sharply defining moments that can alter goals in a god-foresaken flash. One hesitation in the pack and the herd eats you alive; one move too soon and the gorilla rides your back leaving the athlete in a pathetic stupor to the line.

When asked, former Canadian record holder Diane Cummins shared, “In the 800m there is no room for error. You need to judge the race perfectly. Decisions need to be made by feel and you need to be perfectly in-tune with the energy of the race and competitors. That split-second decision to take the gap or stay where you are or to back off or go with the field, to kick now or to wait, could be the difference in winning the race or losing it. The problem is you typically don’t know until the race is already over.”

The 800m distance event is arguably, in terms of global competitiveness, the tightest race in all of sport. One can be one or five or 10/100ths of a second from being the fastest in the Olympics and perhaps 99 times out of 100 can out-handle the gorilla-on-the-back-waltz over the final 50 metres better than one’s contemporaries, but ride that rail one metre longer than optimum and voila, that opening must show itself, that sprint just better be there on the final curve, or else.

During the 2008 Beijing Olympic Games final, Wilfred Bungei, a Kenyan with less body fat than a fruit fly and a bigger heart than William Wallace, won in the time of 1:44.65; gold medal glory. Reed — moulded from the very same sinew and marrow — finished within a breath of Bungei in 1:44.94, not for silver, not for bronze, but for fourth; 29/100ths of a second from immortality. Forty-six and a half years earlier in February of 1962, New Zealand’s Peter Snell ran 1:44.30.

There are a privileged few that attain glory in the 800; there are hordes knocking on glory’s door.

Eganville, Ontario’s Melissa Bishop is currently Canada’s fastest 800-metre runner. She holds the fastest time in Canadian history of 1:57.01 and owns a world championships silver medal. The only other women in Canada to ever crack the two-minute barrier are Cummins at 1:58.39, North Vancouver’s Jessica Smith with her 1:59.86, Toronto’s Charmaine Crooks at 1:58.52 and Langley’s Fiona Benson with her 1:59.59 personal best time. Bishop set her best on her way to the World Athletics Championships silver medal in Beijing; high competition breeds success.

Before her incredible season of 2015, Bishop had sprained her ankle at the Payton Jordan Invitational in May, it was to be her season opener, “My fitness has been done off the track using the pool, bike and elliptical. I’ve been on a track a total of four times including in the Speed River Inferno track meet last weekend as my opener. I’m still getting adjusted to being on my feet, but I look forward to working everything out in the National Track League Series (NTL) and looking for a fast time. This series is geared for fast races so I plan to be in there, just another bump in the road that I’ve had to find a detour to, but that’s the sport, right?”

Fast forward to August and she broke the national record at the world championships in Beijing. For 2016, she continues to run very well having gone sub-1:59.00 twice during the 2016 edition of the series, two nights apart in Vancouver and Victoria, easily winning both races, including taking down American Brenda Martinez.

One of Canada’s more competitive university-level athletes, Kendra Pomfret, says the 800m is as challenging mentally as it is physically, “Certainly, it is not an event for the faint-hearted. What spectators often miss is the race within the race — the angst of a racer’s mind while trapped inside a pack — their every move paying impact to their overall result. For me, the 800m is often a game — the rules remain constant, but the surroundings are ever-changing. It takes years to master and even then, there are no guarantees. The winner isn’t always the fittest or strongest, it’s the competitor who shows up on race day and plays the game the best.”

The Canadian Championships, which served as the Rio Olympic Trials took place from July 7 to July 10 in Edmonton. Canada boasts a deep pool of talent in the 800m distance, especially in the women’s category. Only the top two finishers in Edmonton who have also run under the Olympic standard will be announced to the Olympic team on Monday morning, July 11th. And cruelly, a third may be chosen under subjective guidelines that few fully understand.