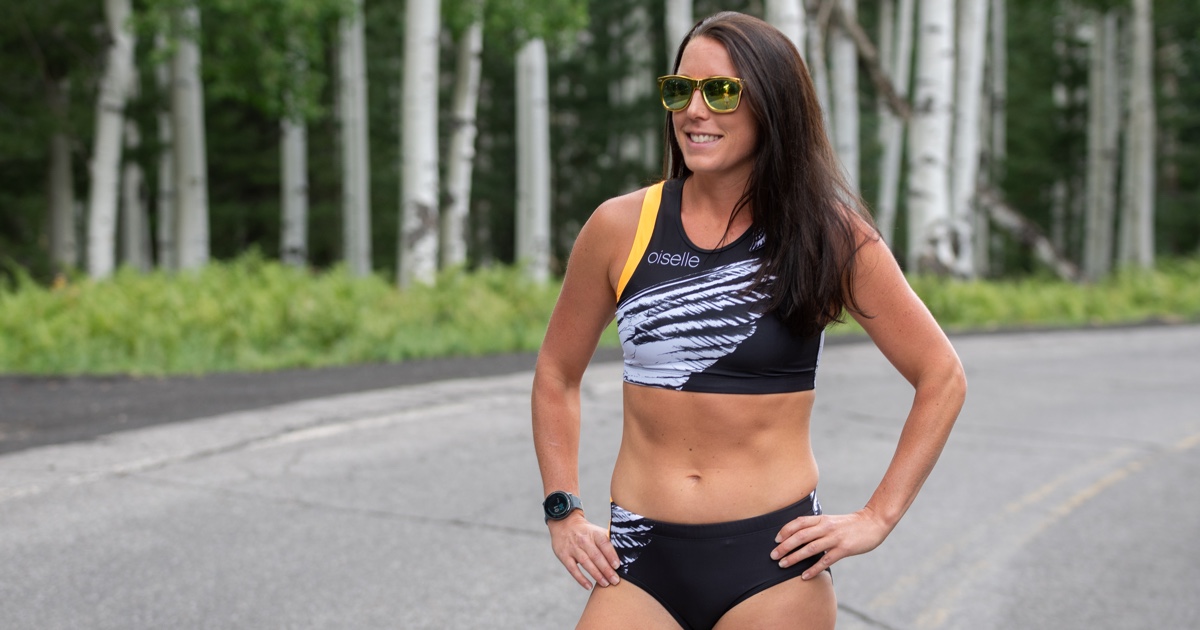 Allie Kieffer is an American distance runner, who has regained a competitive edge after taking some downtime from serious training and racing.

She ran a 5000m personal best on October 2nd this year, running a track meet in Jersey City and clocking a 15:41.41 performance.

Starting in 2017, she has run nine new personal best times from 5K and 5000m to the marathon, with an exclamation mark performance of 2:28:12 during the 2018 New York City Marathon to finish fifth.

With her renewed resolve, she hired the legendary Scottish distance runner Liz McColgan as her coach. Kieffer will be looking to run well in the 10,000m event taking place in December, as she feels she has unfinished business left with the distance.

Christopher Kelsall: Congratulations on the recent 5000m personal best with running that 15:41.41 in Jersey City. What led to the improved performance?

Allie Kieffer: Thanks! The training provided by my new coach Liz McColgan is the reason for my performance.

CK: What has Liz added to your schedule that you may not have had before, more volume? Or is there a session that stands out?

AK: More track workouts per week with intervals with short recoveries. With Liz, my volume is usually in the ’80s, but I’ve gotten up to 90 miles in a week (135-145K).

CK: During 2017 and 2018 you set quite a few personal bests. What was different about that period of training and racing?

AK: In 2017-2018, I was finally consistently training again after a long hiatus. In 2013 I moved to NYC and took a break from solely focusing on running after not being able to get a contract and afford it anymore. By 2017 my desire to train at a high level and ability to afford the travel to races and maintenance work (strength trainer and massage) were both aligned, and I was able to give it another try. Luckily it all worked out!

CK: It appears that perhaps you are geared for running longer distances like the half-marathon and marathon, would you agree?

AK: Yes, I do agree. Although I don’t think I’ve hit my potential in the 5-10K, it’s probably not my best event.

CK: What sports did you play growing up in the New York area?

CK: When did you decide that running was your thing?

AK: In 4th grade! After beating all the boys in the mile I wrote in the yearbook I wanted to be a professional runner when I grow up!
CK: After Arizona State University you worked with Brad Hudson. You are now working with Liz McColgan. When did you make the switch?

CK: How would you describe her coaching method?

AK: One of my first workouts with Liz was 6 x 1 mile with a minute recovery between each repetition. She wrote to do them in 5:10 per mile. As soon as I received the schedule I complained that I’d never be able to do it and would start much slower. She said I could start slower, but I had to finish. I’d been dropping out of workouts and races for almost a year, so her first goal was to end that bad habit. I ran 5:17, 5:15, 5:16, 5:17, and then dropped out. I messaged her from the parking lot declaring I couldn’t do it, but that I was still at the track and could do something else. She said to put my shoes back on and finish it, there is no quitting. I did it, running 5:25 and 5:18, but sulked all the way home feeling frustrated and discouraged. We carried on like that for a couple of months –  me feeling incapable of the workout she prescribed, and her encouraging and supporting as long as I finished. And then somewhere along the way, I started hitting the workouts, sometimes even faster than she’d write. You can’t do what you don’t believe you can do. Even more helpful than writing workouts, Liz has reinvigorated my belief that I can do anything I set my mind to.

CK: Do you need a little tough love sometimes?

AK: It reminds me of my own mom! I’m not sure if I’d call it tough love, because I feel the support regardless if I achieve or not, but it’s no BS. Liz has given me the road map to be my best self, she’s made it easy to achieve.

CK: Recently, there has been much talk about the various Nike “fly” shoes with carbon plates and advanced foam-rubber-type product in the soul. What are your thoughts on the proposed correlation to new faster times and the shoes?

AK: I’ve run in the Nike shoes, and they are incredibly fast. I certainly believe that better technology is leading to faster times.

AK: Definitely. I got a stress reaction a couple weeks before the Olympic Trials and was pretty devastated afterwards.

CK: Winning the Doha Half Marathon in a personal best time of 70:43 must be a highlight. Can you take me through the race?

AK: The Doha Half Marathon was a really unique experience! It was my first race after placing 5th in the NYC Marathon. I stood on the start line incredibly confident even though I only got three hours of sleep the night before. The pace went out conservative from the start, so after maybe only a kilometer I sped up to see how fast I could run. There were three U-turns, and on the last one, I thought I saw another woman gaining ground on me which helped push me to the finish.

CK: Considering you have had a few well-known coaches, how would you describe your own coaching method or style?

AK: My goal with my own coaching is to help others reach their own goals. I’m not always tough love or the opposite, I try to give someone the kind of support they individually need. We’re not all motivated the same way, so what’s worked for me won’t necessarily work for someone else, but I think it’s my responsibility to figure that out to help them.

CK: Interesting that you describe your sister as hyper-aware, almost, and yourself as blissfully unaware in an endearing way, but she perished in that car accident as you describe in 2007 “helplessly unaware”. Wasn’t that the one time that its best she didn’t know?

AK: I’m definitely glad she didn’t know what was coming. She was a special person, and even though she died when I was a teenager, she has had a huge impact on my life.

CK: And so with that one moment of falling down (literally, lying down on your kitchen floor), you describe that you changed your life in 2007, how so?

AK: Before my sister died I was the one in our family that led the unexciting life. By the age of 23 my sister had traveled to six continents, was fluent in Mandarin, and backpacked across Southeast Asia before it was cool. Her death lit a fire in me to explore and live in the moment.

CK: Fall down seven times get up eight is a Japanese proverb  (nanakorobi yaoki) stating the obvious: to never give up. Is that a metaphor of your own life?

AK: Yes! I try to highlight that on social media because I think it’s most people’s truth. Life isn’t easy, but I’ve never regretted getting up and carrying on!

CK: What is the next big race event that you hope to fit in?

AK:  A 10K on the track in Los Angeles in December! A low-key race for social distancing, so we ask that people do not show up.