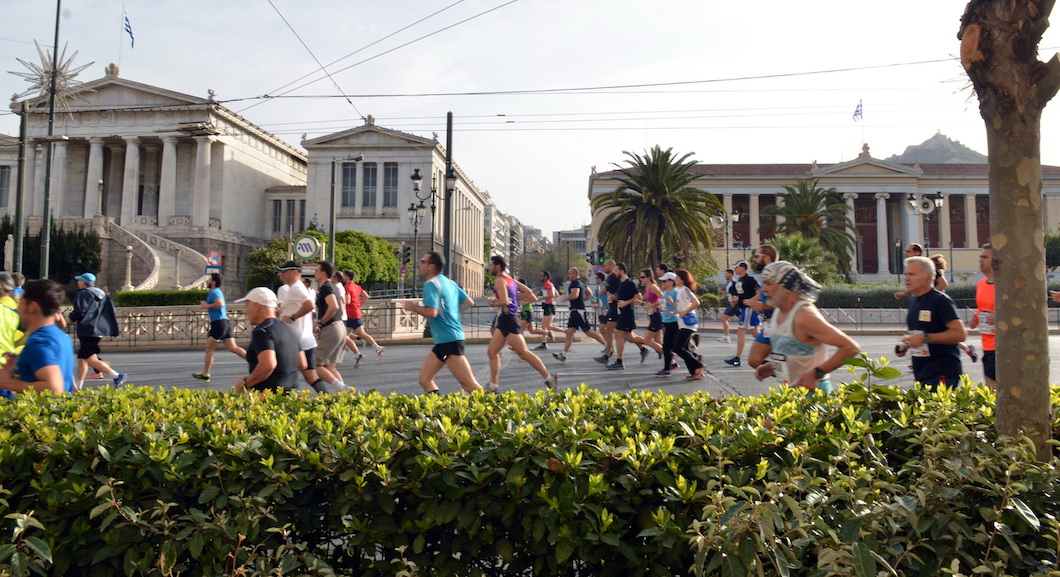 According to organizers, one marathon has the most unique status in terms of sport history, despite the ever-growing number of marquee city races.  It is not New York, London, Berlin or Tokyo but Athens. When the “Athens Marathon. The Authentic” gets underway on November 11, the runners will be returning to the very origin of the event. This is where the history of the marathon race began with the legend of the Greek messenger, soldier and runner who is thought to have run from Marathon to Athens in 490 BCE to bring news of the victory in battle over the Persians.  According to legend the messenger, once in Athens, collapsed and died.

The drama of this story was the basis for the marathon race to be born at the first modern Olympic Games which took place in Athens in 1896. The race over 42.195km has had a decisive influence on the development of running throughout the world with many millions annually running in more than 1,000 marathons. In summary, the legendary run of 490 BC became an Olympic sporting event in 1896 and 122 years later has been developed into an enormous sport and social movement.

It all began in the country that gave birth to the Olympic Games and a place called Marathon, a small town on the coast of Attica and about 40km from Athens. Today the „Athens Marathon. The Authentic“ is organised on this historic Olympic course leading from Marathon to Athens. It is officially measured and the race features the highest international standards concerning every aspect of the organisation.

More and more runners realise that the “Athens Marathon. The Authentic” is a race which every distance runner should experience at least once. The numbers of participants have been growing for years for the race which will have its 36th edition on November 11.  In 2007 just 5,000 took part in the Athens Marathon which starts, as did the 1896 Olympic race, in Marathon and finishes in the old Panathenaic Stadium of Athens. That was a participant record at the time. Since then the race has acquired a completely different dimension: for the first time in the history of the Athens Marathon, entries for the marathon this year were all taken two months before the start. A record number of 18,750 runners have entered the marathon. Taking into account shorter distance events taking place in conjunction, there will be a grand total of 55,000 running a week on Sunday during the „Authentic Marathon“, as it is often called by the locals. This makes the event one of the biggest running events in the world. It is also one of the most international races worldwide since half of the runners participating in the marathon race come from outside Greece. Athletes from more than 105 countries will compete on the tough original course next week.

In a time of crisis for the Greek economy, the “Athens Marathon. The Authentic” is a true success story which has not only captured the imagination of runners but also increasingly spectators as well as bringing major financial benefit to Athens and the region. This year the organisers of the race, the Hellenic Athletics Federation (SEGAS), have been awarded the gold medal in the “Tourism Awards 2018” as well as the gold medal in the “Events Awards 2018“. Each year foreign participants in the “Athens Marathon. The Authentic” are worth over 30 million Euros to the Greek economy.