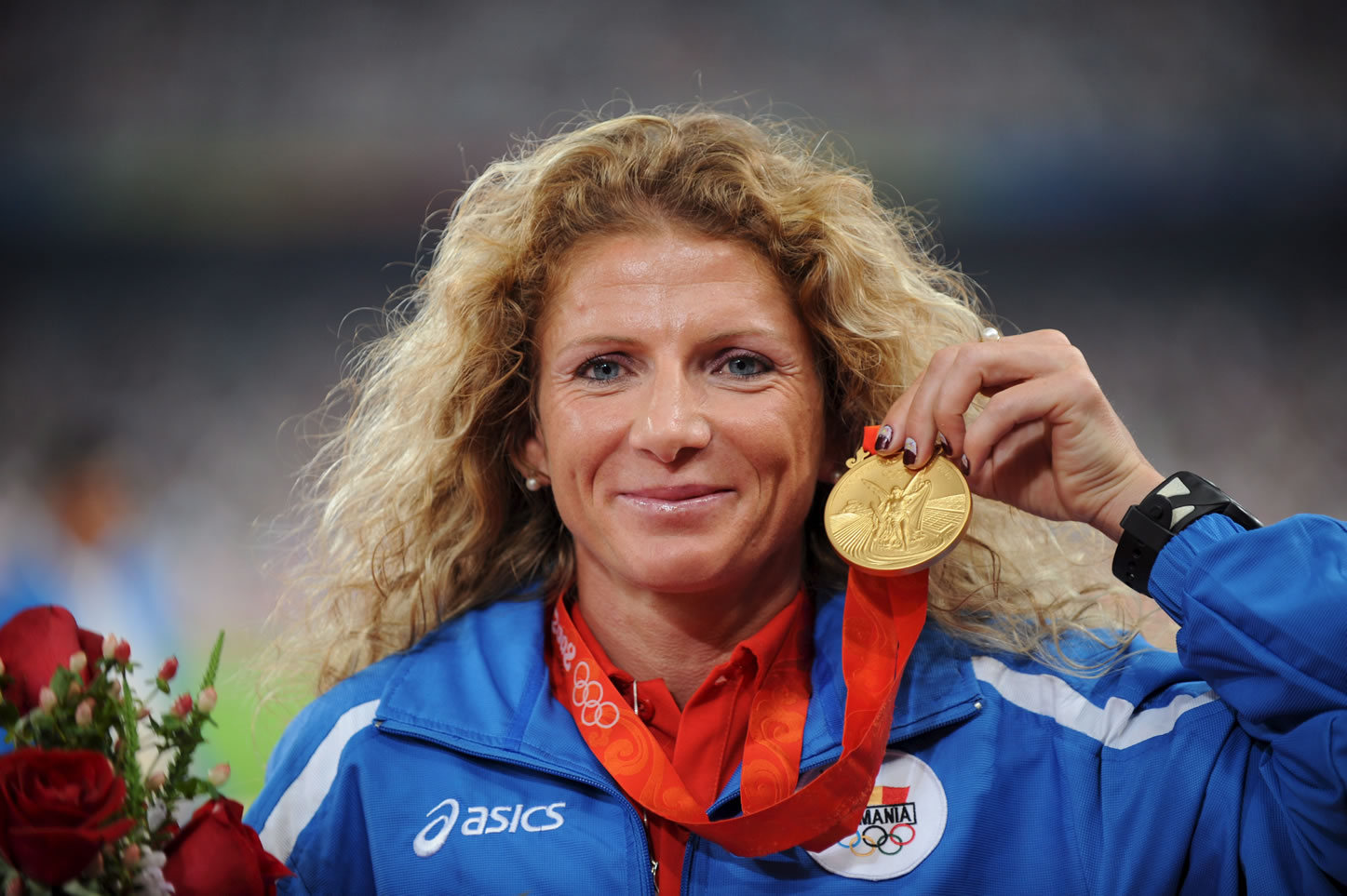 Constantina Dita grew up on a farm surrounded by hills and the Romanian Carpathian Mountains. She would spend much time outside running for fun, chasing livestock, being free during the Nicolae Ceausescu communist dictatorship.

At the age of 19, she was too busy in sport to notice her hero, middle-distance runner Maricica Puica speak out on television in favour of the revolutionaries in their attempt to overthrow the government of the day.

She had Olympic dreams.

As it turns out, she is the first European woman to win the Olympic marathon since Russian, Valentina Yegorova, won during the 1992 Barcelona Olympic Games.

In Beijing, Dita became the oldest Olympic marathon gold medallist. The previous oldest had been the legendary Carlos Lopes of Portugal who won the men’s marathon at the 1984 Los Angeles Olympics at the age of 37. Rosa Mota, also from Portugal, previously was the oldest women’s winner at the age of 30 in the 1988 Seoul Olympics.

Dita has performed in the marathon at a world-class level for nearly a decade with at least 22 major event finishes under 2:38 and 15 in the 2:20 range. She has a marathon personal best 2:21:30 accomplished at the 2004 Chicago Marathon, which is a Romanian national record.

Dita is currently the Romanian national road record holder for the 5k, 10k, 15k, Half Marathon and the Marathon.

CK: You were born in Turburea in Gorj County; did you grow up there too? Did you spend much time as a child running on the hills and mountains that surround the area?

CD: Yes, I was born and grew up in the village of Turburea. As a child, I spent much of my time running after the cattle and pigs we kept on the farm in the surrounding hills, but of course, that was not for training, (she laughs) that came later.

CK: Chasing after cattle and pigs as a child is training of course.

CD: Yes, working on the farm certainly made me strong and I learnt to live a disciplined lifestyle at a young age.

CK: Did you ever climb the 2,527-metre Vârful Moldoveanu.

CD: Oh no, that was very far from where I lived when I was young. However, when I was staying at a running camp in Piatra Arsa, for training we would run to Varful Omu. I have never been all the way up to the peak of Varful Moldoveanu, perhaps one day when I retire I will have time to go up and enjoy the area.

CK: You were a handball player. What level did you get to and how did you come to running.

CD: I played handball in my class in high school, so I didn’t get to a professional level. My dream was always to run. In my last year of school, my sports teacher put me in a race with the guys in my class. I beat them all, and from there I went to Targu-Jiu to run for the county. I came in third, was selected to do more intense training, and I continued on from there.

CK: Did you crush many egos?

CD: Well, like I said I worked hard and was stronger than many of the boys my age. Now when I go back home I often see the same guys, now grown men of course. They always say, “Do you remember when you beat us all?”  We have a good laugh about it.

CK: The media is referring to you as the greatest Romanian athlete. How does that sound?

CD: Well, we had four girls from Romania win gold medals this year. The marathon, however, is a very popular event and one of the oldest traditions in Olympic history, so perhaps this is why it has gotten so much attention and the media are saying this about me.

I would definitely say it is my best performance because for me running for the gold medal in the Olympics is the most important thing. This race is what I am training and striving to win so I put my all into it.

CK: In Beijing, when you broke from the front to run alone for much of the second half of the race, it appeared you had made your decision well in advance of taking your place on the start line, knowing the downhill second half. Was that the plan going in?

CD: Yes my coach and I discussed a plan before the race. As the weather was good we decided if no one else pulls away, I would make my move from halfway, set the pace, and push ahead.

CK: I kept waiting for Catherine Ndereba to break away and close the gap much earlier. Were you surprised by her decision to not make a move?

CD: Yes I was quite surprised when I began pulling away from the group because nobody came with me.

CK: You seem to run quite a few marathons, do you peak or do you try to keep fairly race fit, all year.

CD: I think I am more of a peaker and the times I aim for top fitness are when I am competing in London, Chicago, the World Championships, and the Olympic Games. Last year, instead of Chicago it was New York. Usually, I take a lot of rest time between the big races.

CK: What would a typical training week look like for you.

CK: Apart from knowing how hard you run the intervals on Wednesday and Saturday mornings, this sample week appears to be a base week. How close do you get to a marathon before you drop the quantity and bring more quality in?

CK: Do you have any sporting heroes?

CK: Maricica ran well in cross-country too. What are your feelings on the importance of cross country racing for a track or road runner?

CD: I ran cross country and track and field before I was a road runner. I came 2nd place in 1999 in the European Championships and 10th and 14th in the World Championships. Starting out my running career doing cross country greatly improved my muscle strength, training in the mud and running hills. However, I found that running on the track gave me pain, due to the repetitive circular motion. Recently running on dirt trails was giving me tendonitis in my shins. Now I stick with road racing. It seems to work best for me.

CK: Are we going to see you race IAAF World Cross and IAAF World Championships in Berlin?

CD: I am planning on competing in the IAAF World Championships in Berlin. That is if I am healthy. You never know, but I certainly hope to be.