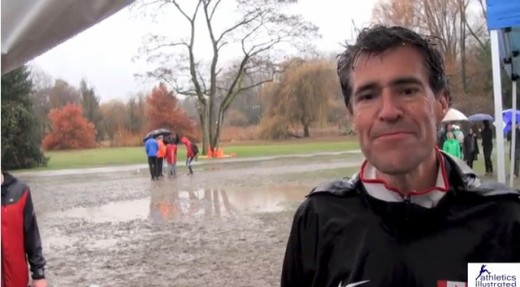 Should the allegations prove to be true – through some sort of legal process – may a sense of justice prevail on behalf of Megan Brown. But, let’s not stop there. Consider anyone else that Mr. Dave Scott-Thomas could have groomed during the intervening 14 years from when he was finished with Ms. Brown in 2006 and 2019 – 2020 when the excrement was beginning to hit the proverbial fan.

Apparently, in 2019, he affected an athlete enough for her to lodge a complaint and leave Guelph behind. This, during an Olympic build-up. Not an ideal time to create complete upheaval in one’s life.

Michael Doyle, writing for the Globe and Mail, did a standup job unearthing and illustrating information that much of Canada’s tight running community had waved off as rumour and innuendo.

At the same time, he and I were tripping over each other’s trail, crossing paths in the ether of investigative reporting. I am not sure how it went for him, but I was, how shall I say, gently harassed to not pursue the story. I regret stopping short of saying, “if this happened to your daughter, would you be okay with it?”

I have a daughter and I would have been off-the-hook livid with rage. The question of course would have been rhetorical, redundant and met with some sort of defensive arrogance.

Canada’s running community has a population not much bigger than that of a hamlet, spread across nine thousand, three-hundred kilometres (extreme measure from Mt. St. Elias, Yukon to Cape Spear, NFLD), might as well be seven blocks. No one gets away with anything here.

Much of the testimony gathered by Doyle was repeated to Athletics Illustrated by the same people. Some of them wish to remain anonymous, some who quite frankly were happy to have their name associated with correcting apparent past wrongs that they allege to have happened. Congratulations to Kristina Rody for coming forward.

None of the content in the editorial has been proven in the court of law and it may never be, however, Doyle implicated enough people and organizations, who according to him, did little or nothing about the complaints lodged by Ms. Brown and her father. Some epic ass covering is about to be unleashed.

One can only imagine how distraught a daughter must be to go to her father alleging to have had a teenage sexual relationship with a near middle-age man who had authority over her. Was it her last hope after being ignored and rebuffed elsewhere?

In 2012, I photographed Brown racing the Canadian Cross Country Championships on Jericho Beach in Vancouver. I also, captured her on video in the race and later interviewed her. She absolutely crushed the field; woman amongst girls. She simply disappeared after that. She should have made Canada’s Olympic team. I often wondered what happened to her.

The day before the race, she was brought into a local primary school on the lower mainland in Greater Vancouver to speak with the kids and help with the Run Jump Throw program that Thelma Wright managed and Lynn Kanuka was helping with – two Olympians. Megan was a professional: funny, kind and the kids enjoyed listening to her. She seemed groomed for global competition.

Seven years later, I asked Brown to speak about her alleged experience with Scott-Thomas. She had unfortunately already committed to the Globe and Mail for an exclusive, but was willing to speak sometime in the future.

Rumour in the virtual hamlet got out and I received many emails and phone calls and social media messages from people who either knew stuff or heard. Many who had to remain anonymous for their own protection – legally speaking – or to support the integrity of Doyle’s work with the Globe and Mail, but most glaringly, to not to how shall I say, shit in their own backyard of the virtual hamlet, as it were.

The University of Guelph and the Speed River Track and Field Club jettisoned enough athletes over the years that their success-per-athlete ratio was likely no better than any other Canadian program, despite being considered as competitive as any successful American program. But this is all rumour and innuendo and a wild guess – not a red flag or anything like that.

Doyle wrote, “…Slashing through a muddy, maze-like cross-country course in a suburb of Ottawa, she was unfailing, with an intensity seldom seen in a child. She was alone – 19 seconds ahead of the next competitor at the OFSAA cross-country championships, one of the biggest meets in North America. The lead seemed like an eternity in the four-kilometre junior race, and out in that forest, Mr. Scott-Thomas knew he was watching something rare. Ms. Brown was a virtual unknown, having started running a little more than a year earlier, and she was dominating everyone. OFSAA champions often went on to become Olympians…”

That was the Brown I saw years later at Jericho Beach, slashing through the mud with determination and a big, muddy lead. That’s all it should have ever been with her; being an athlete, chasing her dreams.

Sometimes the ambulance chasers are the one’s doing the leading.

Media, despite what (in part) it has become – is one of the four pillars of democracy. Doyle, for his work, exercised that pillar. Recently, in the sport of athletics, media has unearthed stories that have later resulted in some level of legal action. Examples include: the banning of the Russian Athletics Federation, the investigation and banning of Alberto Salazar at the Nike Oregon Project, out-of-competition testing in Kenya and a record spate of suspensions for doping that has followed and continues.

This one was a long time coming.

Some people have been as brash as to suggest that the alleged relationship between Brown and Scott-Thomas was consensual, at some level or another. It appears that it was perhaps consensual for a spell, however, two key factors are at play here: She was 16-years-of-age when the apparent grooming began, which is too young, legally and morally and he was in a position of authority, ala Harvey Weinstein.

If this is true, consider the fact that she lost her mother at that time so was likely ripe for the picking. Predators are known to gravitate toward positions of authority, identify and pray on the weak and groom prospective victims in a gradual process.

Just as media cannot publish allegations as fact without corroborating testimony or evidence or until proven in the court of law, suggesting that a consensual relationship with a minor took place – especially with a person in a position of influence and authority – is irresponsible, it’s also a legal matter. It cannot be deemed consensual in the same way that two well-adjusted adults may be engaging in a mutually agreeable relationship. Not even close.

Edit: At the time, the age of consent appears to be 14, not 16 as of current standards and the position of trust to 18 was apparently not a thing at the time of the alleged Brown-Scott-Thomas relationship.

At the end of the day, if the story is proven to be true, the hamlet-dwellers should ask, “did Mr. Scott-Thomas behave himself for the intervening 14 years that ticked by from 2006 to 2020?”

There is more to come from this.

As one anonymous person wrote to me (edited to protect the identity):

“This is a very painful journey for Megan and her family. Given all the circumstances and those who tried to warn the authorities who were more focused on the safety of DST. Hopefully, as the facts are revealed DST and his enablers are held accountable and student safety is improved. Where there is smoke there is fire!

There is a lot more to this sad situation.”
Read: Dave Scott-Thomas officially banned.