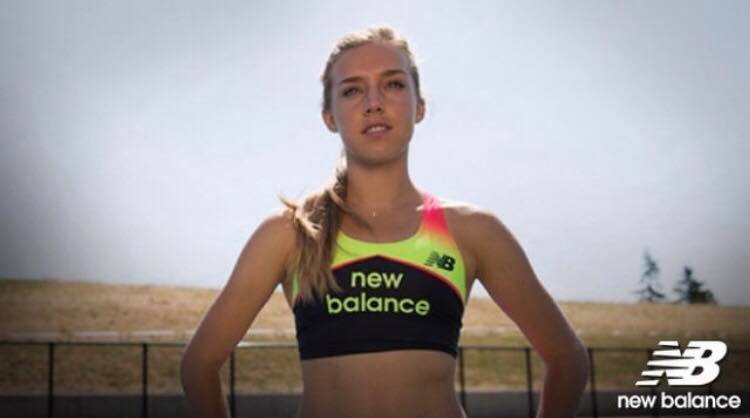 Emily Sisson ran the 2019 Chevron Houston Half Marathon in a new personal best time of 67-minutes and 30 seconds, which turns out to be the second-fastest half-marathon by an American, all-time. The fastest is currently owned by training partner Molly Huddle at 67:25 from the 2018 edition of Houston.

Fast half-marathons and workouts aren’t the only things that Sisson and Huddle share; they are both coached by the legendary Ray Treacy, the 32-year-long coach of the Providence College Friars. Treacy is known for coaching a long line of successful distance athletes including Kim Smith, Mark Carroll, Amy Hastings, and Mary Cullen, to name a few. He has coached at least 13 Olympic athletes.

Sisson switched to Providence after a year at the University of Wisconsin, where she had redshirted. She went on to set an NCAA Division 1 5,000-metre record indoors and won three NCAA Championships. Her record breaking time was 15:12.22. The performance broke former Friar great and multiple NCAA champion Kim Smith’s record of 15:14.18.

Christopher Kelsall: Congrats on the half-marathon personal best from Houston with your 67:30. Can you take me through the race?

Emily Sisson: Leading up, the workouts had been going well, so I knew what sort of shape I was in. I did go after the record but didn’t quite get it. At first, I was disappointed I missed the record initially. Once it sunk it I was super pleased with my race, but I didn’t feel totally spent, so while I missed the record, it was still a huge confidence builder.

CK: Interesting that the record holder is training partner, Molly Huddle. Did you share with her that you were going after her record?

ES: No, I don’t really like to put goals out there like that. And Molly is like that too. We just don’t like to talk about specific goals we are going after to each other all the time. Not just to each other but to anyone really, so no we didn’t talk about it. She knew though because I think she mentioned it to someone at some point before the race.

We have a good relationship. She is a great mentor helping me out at workouts. I look up to her, she has great character and is so smart about training and racing.

CK: Well she as has been around a little longer and as you train together, would be pretty intimate with what you could do, even if you never mentioned going after the record.

ES: Yeah, she’s intelligent and pretty much knew. Again, goal sharing isn’t something that either of us does with anyone, not just each other. The only people who would know about my goals are Ray and my husband, Shane.

We do know what each other’s goals are generally. But we don’t sit down before each race and go over them with each other! We kind of just try to help out each other the best we can without explicitly staying all our goals I guess!

CK: What volume of weekly mileage do you get up to?

ES: I run in the 90s consistently, and I hit a few 100-mile weeks too. It is not always 90 or 100 miles in a week, as we run a 10-day cycle rather than a traditional weekly schedule, so depending on when a long run happens, it will influence the volume of that calendar week. But I run in the 90s and 100s and it varies a lot.

CK: I understand that you will be running the London Marathon.

ES: Yes both Molly and I will go after London.

CK: And no rough idea of what you would like to run in London?

ES: To be honest, I haven’t sat down at all to consider the time I should go after just yet. But I will have to do that soon.

CK: Any other family members run?

ES: My sister Annika runs at Stoney Brook and another sister Grace runs in high school. My other sister Arlene doesn’t run at school but ran the Chicago marathon. All four of us have very different personalities.

My dad ran competitively and my mother was a gymnast. So I come from a very athletic family.

CK: Did you get out on runs with him?

ES: He would ride his bike along with me when I did my long runs in high school and middle school. We have done some bike riding together too. As a 15-year-old, I trained on some pretty secluded trails and for long runs, he would like to join for obvious safety reasons. He didn’t want his teenage daughter running on the trails by herself.

Mom was a pretty good gymnast.

CK: How did you discover running?

ES: I got into running during middle school and high school. I played soccer and used it to become a better soccer player, but during high school, I started to enjoy the game less and running more, so I made the switch.

CK: That worked out well for you, as you earned a scholarship.

ES: Yeah, it was the right decision at the time. I am glad I did it.

CK: What other sports did you play?

ES: It was primarily soccer. It was the only sport that I was good at before running. I tried other sports like baseball, but I don’t have good hand-eye coordination. I swam too, but it was mostly soccer, then running of course.

CK: As for Houston, your 5K splits were a little up and down, was that due to the nature of the course, or the change in pace with the completion?

ES: Definitely some mistakes were made in that race. I was disappointed I missed the record but I know it was a great run for me! So it was mixed feelings of disappointment of coming so close but the excitement of where my fitness is, but I usually need a few days to reflect on a performance. It was different than previous half-marathons, which were both in New York.

Also, I was not used to wearing a watch. I was going off the display clocks along the way. I think I am good at racing others, not going by time. It was a very different experience than I am used to

So, there were some lessons I took from that race.

CK: Transferred from Wisconsin to Providence, to work with Ray Treacy?

ES: The main reason was because of Ray with his long-term vision and approach to my training. I have been with him eight years. He is a very good at assessing how things are going and planning long-term.

RT: Tell me a little about training under Ray and at this point do you like to have significant input into your training program?

ES: I kind of like knowing that Ray has a good plan for me that I have trust in. He’s very flexible as well but he’s been coaching for a long time and has had a lot of success. I know that if I follow what he says I’ll be in good shape, but he’s always very open to talking about anything we might have questions about.

My volume has increased a little each year, but Ray is very conservative with everything and really stresses staying healthy so you can continue training without taking weeks or months off. So he’s big on staying on top of the little things, taking a day off if you’re not feeling well or have a little niggle in your foot or leg. He knows that in the long run the workouts aren’t the be all and end all; it’s more important to get out and run every day, consistently, for a long time. That consistency is what really brings improvement.

CK: Does the Houston performance change your goal for the London Marathon in April?

ES: Not really. I’ll take confidence into my next training block. I will see how I adapt to the training coming up.

ES: Yes, that would be something that I would like to go after, that is if I decide to race the 10,000-metre. What I do with this training block and throughout 2019, will really influence what I do in 2020.

If London doesn’t go well, then I would focus on the 10,000-metres, so we will see how that goes. I have a rough idea in the back of my mind what I can do but will sit down with Ray and plan it soon.

ES: Stanford at the end of March!