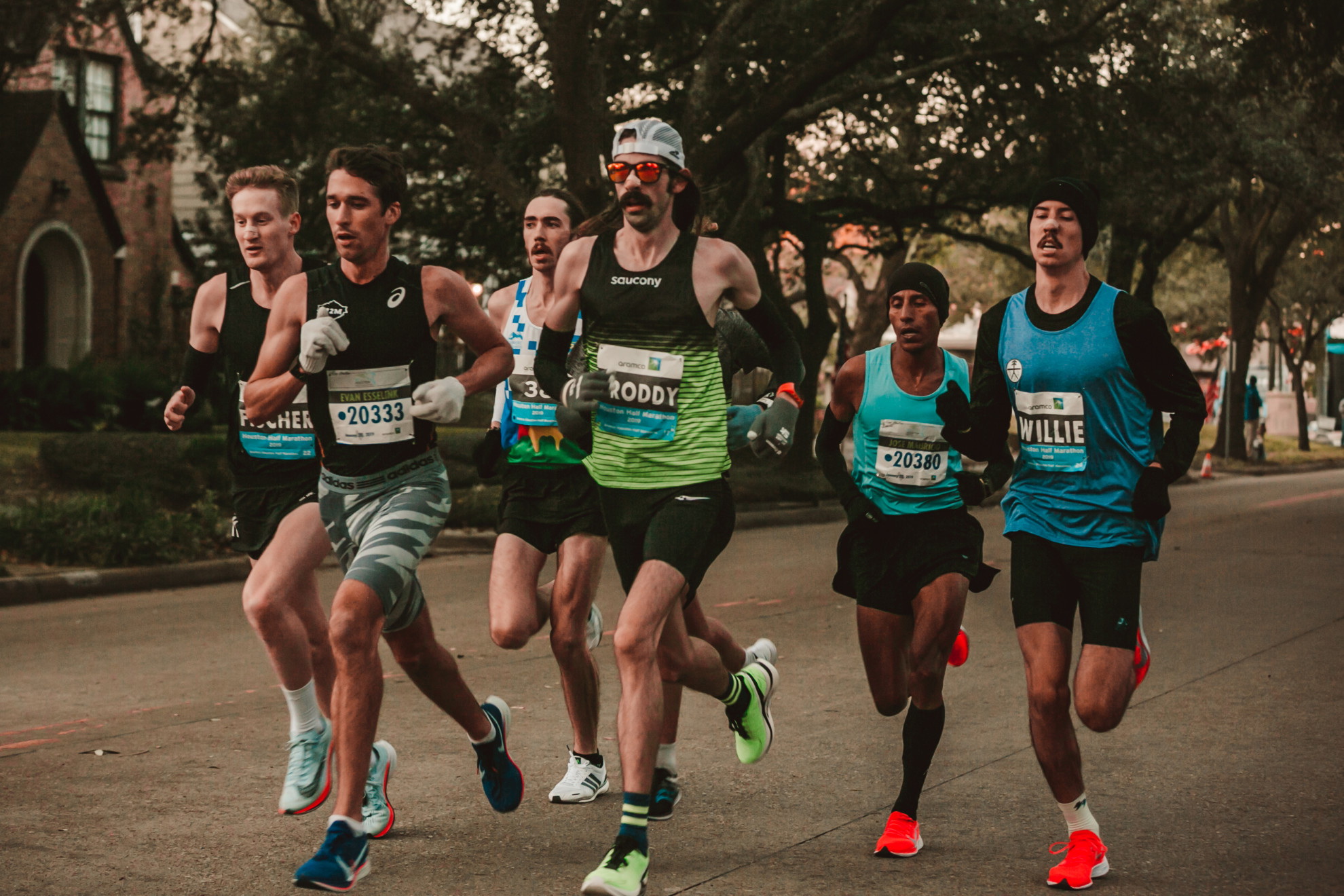 In October 2018, 26-year-old Evan Esselink joined the British Columbia Endurance Project (BCEP) that is based in Vancouver, BC. The move reaped immediate benefits as he finished third at the Canadian Cross Country Championships in November. He then tackled the Chevron Houston Half Marathon on January 20, finishing in the time of 62:17 – the fourth-fastest Canadian performance all-time. He crossed the finish line 13th overall and was the first Canadian.

The Courtice, Ontario native (near Oshawa) attended Courtice Secondary School before competing for Indiana University, where he studied Economics. He had a strong cross-country career with Indiana and helped the team finish eighth at the 2013 NCAA Championships.

Christopher Kelsall: Congratulations on the half-marathon personal best from Houston. Sixty-two minutes and 17-seconds appears to be the fourth-fastest Canadian performance all-time. What was your goal going into that race?

CK: No one sets about to have a half-marathon career, so pardon the proverbial “moving up” question, but which marathon will you focus on?

EE: This spring I’ll be focussing on throwing down fast 10,000-metres on the track, and trying to win a few road races. As for the marathon, I will move up eventually, but “when” is not set in stone. I’m excited about it though. I mean I respect the event, but I also have a lot of confidence that I’ll run something big and when the time comes I’ll be ready

CK: Your 10,000-metre best of 28:55 is solid. Based on your Houston performance, it appears that you could get close to 28-flat in the right race. Will you try to get in a 10K that matches, like at Payton Jordan for example?

EE: Yeah that 10,000-metre time was from college a few years ago. I don’t think I’ll be racing Payton. But here in Vancouver, between BC Athletics, Mile2Marathon, and BC Endurance Project, we’re hosting the Pacific Distance Carnival which will be the Canadian 10,000-metre Championships. We’re getting a pacer to take us through 5k in that race to run something fast. How fast? Well you’ll have to come and watch.

Editor’s note: Pacific Distance Carnival will run for two years in Burnaby, BC (Vancouver) in 2019 and 2020. It will act as the national 10,000-metre championships.

CK: Exciting. I understand that some of the inspiration for this meet is from the popular Night of 10,000m in Great Britain, yes?

EE: Yeah, it’s the Night of the 10,000m PB’s. It’s been really successful, and we’re going to try to bring something similar in June.

CK: How would you describe your level of success while a Hoosier at Indiana University?

EE: I’d say my collegiate career was good. I improved a lot from high school, but I wasn’t entirely satisfied with what I accomplished. Our team did well at NCAA cross-country champs the few years that I went. My highlight was probably leading the team to an eighth-place finish at the event in 2013.

CK: You grew up in the Oshawa area, yes? Is there a good running environment there?

EE: Yeah, I grew up in Courtice, which is just to the east of Oshawa. Running there is ok for a high schooler. There just aren’t any trails there. Running 60-mile weeks in high school is much easier than going home now and slugging out 95-100 mile weeks on the pavement. There are quite a few quiet country roads nearby, which are great to get in a good headspace and knock out some miles.

CK: What percentage of your mileage is off road?

CK: What level of weekly volume did you get up to while putting in base miles during the fall?

EE: I maxed out at 99 miles. The average was somewhere around the low 90’s.

CK: How did you come to the decision to join the BC Endurance Project?

EE: I was in Guelph prior to moving to Vancouver and the training wasn’t working out for me. I moved here in October to join BCEP in hopes to see some big gains.

Editor’s note: Esselink details his move at his blog: www.evanesselink.com/blog/.

EE: It was really good. It felt easy. The goal there was just to get a solid effort in on the track, and a fun test to see where we were at. Luc (Bruchet) and I both ran really comfortably and definitely didn’t go as hard as we could have. We had a few other guys run really well too which was great to see.

EE: I felt good. I had no idea what we were through 10K (I think it was something like 29:29). I had a bit of an idea, but I was just trying to run as smooth and relaxed as possible.

CK: You seem to perform better, the longer the distance. How about in training? Do you enjoy longer off-road runs on the weekend, or do you prefer quality workouts?

EE: I like a variety of workouts. I do like long workouts, like a 10-mile tempo or reps on the track that total 10-plus km of hard running. I also like the faster end a lot too. 20 x 400m on 1’ rest is one of my favourites. In the longer events, we never really touch lactic, but I like the feeling – it’s kind of like lifting, it’s a different kind of hurt, but I like it. I’ve always loved the long run too.

CK: Is your family into sports or running, specifically?

EE: My sister was into dance growing up; mostly pointe and ballet. My dad got into running when I was in high school. I got to watch him run Boston a couple years which was a lot of fun. My mom does spin and yoga classes weekly and has been for many years now. We’re an active family, and we all have different interests.

CK: What are your short-term goals for the 2019 season?

EE: I’ve got some good goals for the spring. I’d like to place really well at world cross in March. I think top-20 is a really challenging goal, but I think if I have a great day, it’s within reach. Top-20 would grant me IAAF Gold Label status which would be legit. Running under 28 minutes in the 10,000m on the track is another one. I’ll also be running the Vancouver Sun Run, with the goal being to win.