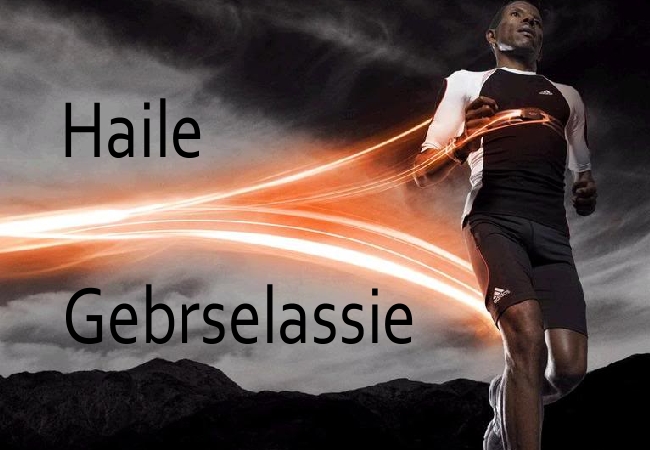 Although there is speculation about Haile “Gebr” Gebrselassie’s actual age — he maintains that he was born in 1973 — and on occasion people who know him personally, have let slip that he is older, like countryman Hirpasa Lemi, who said he and Gebr are the same age, born in 1967. That would make him 45. Regardless of the fact that his marathon performances have recently slipped from their world-dominating standard of just a few years ago, The Emperor is not done with his running career just yet.

Even though his best marathon performance from where he attained his world record time of 2:03:59 (Berlin 2008) has since been surpassed by Kenyan Patrick Makau, with his 2:03:38 also set in Berlin, in 2011, Gebr continues to be referred to as the greatest distance runner ever.

Eskinder Nega of Ethiomedia wrote in 2010, “He is effortlessly telegenic. He has always been at perfect ease, with absolutely no trace of self-consciousness…”

Christopher Kelsall: What are your thoughts on the growing trend for marathons and half-marathons having “chase races”, where the elite women start a few minutes before the men?

Haile Gebrselassie: I love it, I always love chasing women.

CK: There seems to be some chatter in the running community about whether the half-marathon should be considered for a distance to be included at major games, what do you think?

HG: I have never really thought about it, an interesting point though, but of course, the marathon is something so special.

CK: You have said that you love running and will continue. Are you going to continue to compete at the highest possible level after London 2012?

HG: I love running and I will always run for myself. And I always give my best at running and try to achieve the highest possible level.

CK: Kenya is clearly having great success across the distances. What do you feel Ethiopia needs to do differently to catch up with Kenya?

CK: Who were your mentors growing up?

HG: Ever since I heard on the radio the Olympic triumph of Miruts Yifter in Moscow 1980, I wanted to be like him. And I wanted to run the marathon because of Abebe Bikila.

CK: Will you be interested in coaching others once you decide to retire from international competition?

HG: No. I don’t mind talking about planning and talking with the youngsters to share my experience, but I would kill the athletes if I am going to give them training.

HG: You never know, I still would very much enjoy running the 10,000 on the track. There are fewer opportunities now than in the past.

CK: Have you managed to solve the allergy issue with pollen that kept you from finishing the marathon London Marathon in 2007?

HG: In principle, I have solved it, in practice, it’s a little more complicated. I did all the right tests, I know what is the problem and in general, everything is solved. So, it shouldn’t affect me going into other marathons in the future.

CK: Many of the top runners are going straight into the marathon at a young age, like Patrick Makau. Is this a good move? Should these athletes race 5,000m and 10,000m for a while before moving up?

HG: It is easier to go straight into the marathon. If you stay for 8-10 years on the track, the swiftness is more difficult. But with the track speed, you have a better base for the marathon eventually.

HG: No, ten years is a little short, but we will see it for sure, impossible is nothing.