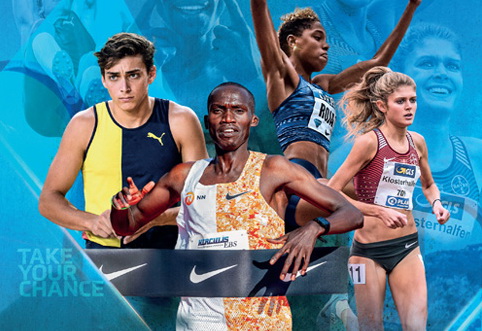 The Herculis EBS 2020 will host several Olympic and world medallists on the Louis II Stadium track in Monaco on Friday, August 14th. 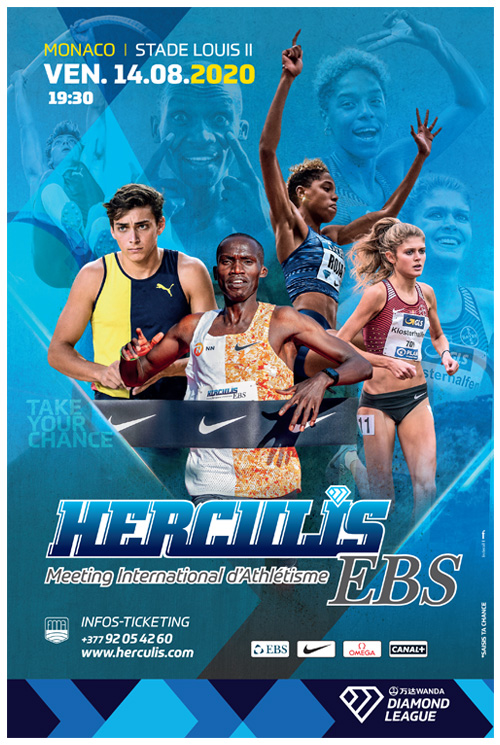 The two times World champion and European record holder in the 400m Hurdles Karsten WARHOLM will make his debut on the Louis II Stadium track. He’ll be at the start of the ‘JobZone 400m Hurdles’ on Friday, August 14th, and will be keen to confirm his world best time in the 300m Hurdles, which he secured during the ‘Impossible Games’ in Oslo back in June.

Timothy CHERUIYOT, World champion in Doha last summer and two times winner in Monaco will be in the starting blocks alongside the INGEBRIGTSEN brothers, Jakob and Filip. The Kenyan athlete’s goal is to remain unbeaten in Monaco.

Orlando ORTEGA, World and Olympic medalist as well as reigning Diamond League champion, will be gearing up to challenge Pascal MARTINOT-LAGARDE (bronze medalist at the last world championships) at the venue where he set he French record (12’’95 in 2014).

Ukraine will take the centre stage in the high jump contest with the junior World record holder Yaroslava MAHUCHIKH (2m04 in 2019) competing alongside her compatriot Yuliya LEVCHENKO (2m02 in 2019). They will be up against the World heptathlon champion in Doha, Katarina JOHNSON-THOMPSON (1m98 in 2016).

The pole vault World record holder Armand DUPLANTIS (6m18 in 2020) will be joined by the two-time World champion Sam KENDRICKS (6m06 in 2019), for a revenge match of the last World Championships in Doha. The meeting record could be in danger (6m02 last year by Piotr LISEK).

The Olympic champion in the 1,500m, Faith KIPYEGON, will battle it out with World 800m champion Halimah NAKAAYI, as well as Briton Laura MUIR.

The reigning Herculis EBS champion and World medalist Marie-Josée TA LOU (10”85 in 2018) will be up against the leader of the European ranking, Swiss athlete Ajla DEL PONTE (11”08 in 2020).

How to watch the Wanda Diamond League finale from Zurich, Switzerland Wednesday and Thursday

How to watch the Brussels Diamond League meet on Friday, August 3