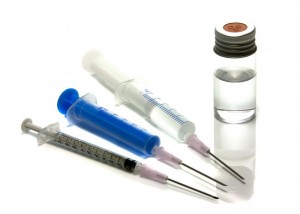 The incentive to cheat in the sport of athletics should be outstripped by a disincentive.

As the International Association of Athletics Federations (IAAF) – the world-wide governing body of the sport – appears now to have an appetite to clean up the sport’s image, they should strip all former athletes who cheated or are very likely to have cheated, by erasing them from the annals of the sport.

They should remove all records of their existence, awards, nominations and performances, to clean the sport of their history completely, as if they never existed.

The IAAF should offer a time-limited, one chance opportunity to athletes who are retired from the sport to come clean.

The IAAF should offer an incentive and an amnesty of sorts. When an athlete or coach or agent, by the deadline comes forward, they should offer the name of the drug(s) used, years that they were taken, where they were sourced and what affect that they appeared to have had on the athlete.

As a trade-off for coming clean, the athletes should keep their records, medals, money and history; however, performances should include an asterisk or special symbol or colour to indicate that the performance may have been attained with the assistance of performance enhancing drugs.

Once that invitation deadline date has passed, then the gloves should come off.

The athlete who doesn’t step forward should be on a permanently banned list and or suspected list, so that they are unable to coach or act as an agent or official or work in administration within the sport of athletics including at governing bodies and anti-doping agencies.

If hundreds or perhaps thousands of athletes come forward at once, then they will not be singled out. The spotlight will be less glaring, than in comparison to when an athlete is singled out in one-off busts like when Marion Jones, Ben Johnson and Just Gatlin have been suspended, to name a few.

In efforts of identifying athletes who do not come forward, in some cases, anecdotal information should be permissible as evidence, when common sense indicates that an athlete had to be dirty, for example when during the 1970s to early 1990s East German and Eastern Bloc athletes – especially the women – were going through bodily changes like masculinization. Comparing images over time, before and during competition should suffice.

In cases where performance change was much greater than a certain, agreed upon standard, those performances should be removed. An  example are the Chinese women who, in a short period of time, smashed several world records in China, in closed track and field meets during the 1990s. One of those cheaters was Wang Junxia. She has already come forward to the press, about her coach Ma Junren forcing athletes to cheat. He was in fact fired for having several athletes test positive for banned substances.

Those records should be erased.

The proposed system is not perfect, so the anecdotal aspect of comparing performances, will need to be used in cases where there is absolutely no doubt something must have gone on.

Junxia’s performance and later admittance should be enough.

For the East German or Eastern Bloc women who had to go through sex re-assignment surgery, that should be enough.

When there is hundreds of blood values on a document, like the one that was leaked last year from the IAAF, that information should be enough, when applied to athlete’s Biological Passport and reasonable comparisons indicate probable cheating.

There must be a disincentive that is stronger than the incentive to cheat.

For decades, the public has been fooled and lied to, believing that drug testing technology was not able to keep up with the drug takers. In the case of the leaked IAAF blood values document, or in the case of the re-tested samples from the 2012 London Olympic Games, or in the ridiculous case of the Russian anti-doping agency drugging its own athletes, it is clear now that it is not the ability to keep up with the drug takers, it is the will to bother to do anything about them.

There are also the extortionists, who accept bribes to keep quiet positive tests. The opportunists should be in jail and banned for life. Profiteering off of an athlete that the system has drugged (like in Russia) and then bribing that athlete is organized crime.

The sport of athletics, as this time, has almost nothing to lose. It is at its lowest ebb in decades, if not forever and is considered to be a fringe and niche sport with few followers.

The time now is appropriate to clean the sport up from its very dirty history. To start new and going-forward, to disincentivize athletes from taking performance enhancing drugs. The banning of Russia from international competition was a strong step in the right direction and an excellent precedent.

The next step in the road to recovery starts with cleaning house and to re-write history.