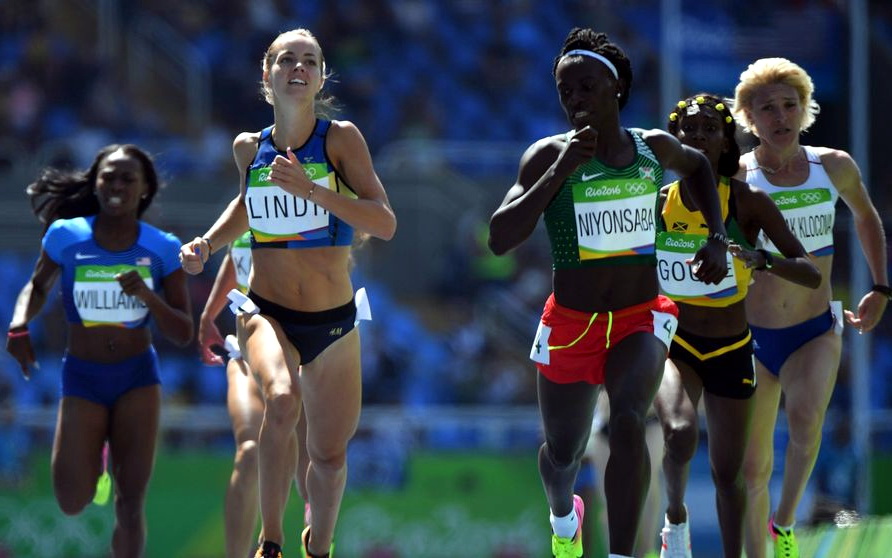 Lovisa Lindh is a Swedish 800-metre runner who competed in the 2016 Rio Olympic Games and earned bronze at the European Championships earlier that year. The 30-year-old is a nine-time national champion, five indoors and four outdoors. Lindh’s personal best is the national record at 1:58.77. She also owns the national best in the 600m at 1:27.04 and the national record in the 1000m at 2:35.15.

The native of Ytterby, Sweden was left off the Swedish team that competed at the Tokyo Olympic Games this summer, even though she was world-ranked within the number of athletes available to compete in Tokyo. Athletes were led to believe that emphasis would switch from primarily qualification times to being weighted evenly (approximately) based on their world ranking, head-to-head competition, and time-based performances during the qualification window. It turns out that the Swedish Athletics Assocation had its own plan.

Lindh will close out the 2021 track season with a few meets in September, to take advantage of whatever fitness she developed in preparation for Tokyo including the Brussels Diamond League meet, where she will be wearing hier New Balance shoes, which she has been representing for seven years.

Christopher Kelsall: Was growing up in Ytterby a good place for a kid in sport?

Lovisa Lindh: Yes, I have tried a few different sports as a child. Even though I grew up in a smaller town, we still had many options to try different activities.

CK: What, if any, other sports did you play before you began to focus solely on middle-distance running?

CK: At what age did you decide that athletics is what you will focus on?

CK: Any chance that you will switch events over the next couple of years to see how you will perform over the 1500m or even longer?

CK: What about cross-country season. Any love for that event?

LL: Ha-ha, no. I sometimes run our nationals in cross country, it’s 4K. But it’s not my favourite.

CK: What type of trainer are you? Do you like the long runs and general volume or do you prefer getting on the track and doing specific work?

LL: I 100 per cent like the track and specific work. That’s my favourite.

CK: How much volume do you get up to in the off-season?

LL: I switched to my new coach in November last year, so this will be my first full offseason with him. So I’m not sure yet how much volume it will be.

CK: What was the Swedish Athletics Association’s reasoning for not choosing you to go to compete in Tokyo?

LL: The explanation I got is that they didn’t think I fulfilled their criteria of “having a chance to fight for a top-8 position” at the Olympic Games.

CK: Now that the Games are complete, 16 of 21 Swedish track and field athletes did not advance to the top-8 in their event, two of those that did finished seventh.

LL: I think that all track and field athletes who were in Tokyo deserved their spot, even though they didn’t finish top-8. Everyone who is qualified should get their chance to perform.

CK: Your personal best is faster than all 46 athlete’s finish times during the preliminary heats and faster than 22 of 24 in the semis. Although racing in the Olympics can be different, you indeed appear to be capable of making the final depending on circumstances, some of which are out of your control.

Do you think the SAA will make a different decision next time?

LL: I hope they will get a wake-up call now when pretty much the whole world has questioned their way of selecting athletes.

CK: Do you feel that in an Olympic situation, you would have performed better, if given the opportunity?

LL: I will go for Paris, but ofc, not qualifying will have big consequences for me as an athlete. Not only that I didn’t even get the chance to perform at the biggest stage in the world, but also economically. It’s about funding. But also bonuses I would have got if I was in the team, and the value of me as an athlete is for sure smaller after not competing at the Olympics.

CK: Clearly you know how to race at championship meets, as you earned a bronze medal at the 2016 European Championships, and in Rio you raced faster than you did during the qualification period, to finish ninth.

LL: Yes, I have run several championships and have very many times ran personal bests and finished in a better position than my ranking before.

CK: Was basing your times in relationship to championship performance unfair?

LL: The 800m is an event where the margins are very small. Races are always different in championships, so yes I think this should have been at least considered before taking a decision.

CK: The newer criteria with head-to-head competition and global ranking addresses championship-oriented racing. The final including an athlete who finished in 1:58.26, barely faster than your personal best.

LL: Yes, I didn’t watch much at all from the Olympics, but of course I read the results from the 800m.

CK: Why didn’t you watch much of the Olympics, were you angry with being left off the team?

LL: I lost my interest and it would have been even more painful to watch everyone who actually got the chance to compete, while I didn’t. I picked a few events to watch, but not more than that.

CK: What is next for you in terms of competition?

LL: Brussels, Diamond League and we have “Finnkampen” this weekend, which is a traditional team competition between Sweden and Finland. After that, I have two more races scheduled before I’m done for the season.