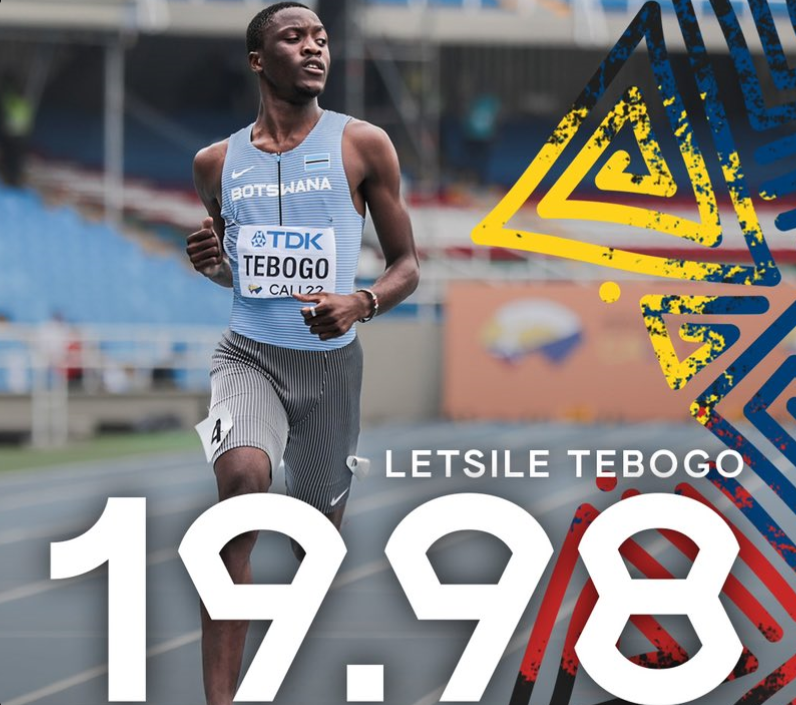 Nineteen-year-old Letsile Tebogo of Botswana — dubbed the next Usain Bolt — has arrived on the sprint scene.

In April, Tebogo broke Trayvon Bromell’s under-20 world record for the 100m, which had stood for eight years. He clocked 9.96 seconds.

Tebogo improved on that performance by .02 of a second during the heats at the 2022 Eugene World Athletics Championships, however, did not make the final.

Watch Letsile Tebogo 🇧🇼 break his own World Junior Record, running 9.91s at the World U-20 Championships in Colombia. pic.twitter.com/JzpyycuAHd

On Tuesday, the teenager broke his own world record, by sprinting 9.91 seconds during the final of the World Athletics U20 Championships.

He celebrated very early and would have surely run faster but he celebrated before crossing the finish line.

Israel’s Blessing Akwasi Afrifah beat Tebogo in those same world U20 200m championships that took place in Columbia, Cali. The 18-year-old sprinter edged Tebogo by a fraction of a second. Both are credited with 19.96 seconds. Calab Law of Australia took third in the time of 10.48.

Afrifah was born and raised in Israel to Ghanaian parents and may end up being even faster than Tebogo in the 100m when they hit the senior age group. Tebogo missed by just six one-thousandths of a second.

The brash Tebogo, with his finish line antics, was criticized for his early finger-wagging celebrations. He apologized.

Letsile Tebogo denied the sprint double by Israel’s Blessing Afrifa who ran a huge NR to beat the Tanzanian by thousands of a second in the 200m final at the World U-20 champs. What a race this was!!