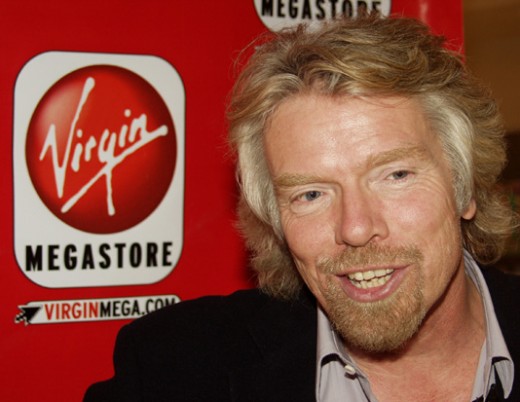 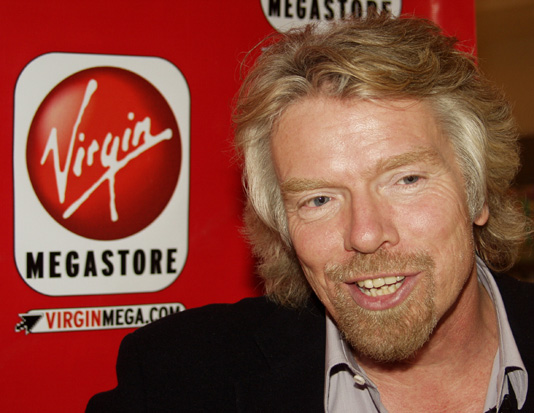 Sir Richard Branson, entrepreneur, adventurer and founder of the Virgin Group of companies, is delighted to be a part of the London Marathon, so-much-so that he signed one of his business ventures, Virgin Money, to a £17million, five-year commitment to be the title sponsor of the event.

Virgin Money is committed from 2010 to 2015, which includes the highly anticipated 30th-anniversary race. Branson said, “it’s an epic and inspirational event and raises a fantastic amount of money for great causes. It’s the single biggest fundraising day on the planet and we want to make it even bigger, our aim is to help runners smash the £¼ billion mark in five years.”

Can Sir Richard’s company help the London Marathon and its participants break the £¼ billion mark in five years? Don’t bet against him, the tycoon and adventurer, does not give up on his goals easily. He is a competitive businessman who currently owns more than 200 Virgin-branded companies worldwide, employing approximately 50,000 people. Branson’s personal net worth is estimated at nearly $5 billion US.

Branson holds the transatlantic crossing record. In 1986, in his sloop named ‘Virgin Atlantic Challenger II’, he eclipsed the crossing record by more than two hours. A year later he became the very first to cross the Atlantic in a hot air balloon. Using his aptly christened ‘Virgin Atlantic Flyer’ he crossed the Atlantic moving at speeds of 209 km/h. In January 1991, Branson crossed the Pacific from Japan to the Arctic, a span of 10,800 km. This broke the record, with a speed of 394 km/h. Branson holds several other adventure records.

In September this year, I attempted to interview Branson; however, he was at sea with his family in his 99-foot sloop he named ‘Virgin Money’. Sure, the trappings of financial prowess have their benefits (imagine your own heart-warming tableau – a happy family at sea); however, The Beaufort Wind Force Scale estimated the force of the seas as high as ‘9’, which produced swells of 10 metres (40 feet), destroying the mainsail and spinnaker and sending the boat south to Bermuda.

Mixing with the best

What do successful people do to accomplish their goals? They surround themselves with other successful people. Sir Richard Branson joined in on the formation of The Elders, a group headed by former South African President Nelson Mandela, Mozambican activist Graça Mache, Archbishop Desmond Tutu, former US President Jimmy Carter, Secretary-General of the United Nations Kofi Annan, Chinese Foreign Minister Li Zhaoxing amongst other notables. The group is founded on the agreement that there be no personal financial gain. The Elders are financed by musician Peter Gabriel and Sir Richard Branson.

About the London Marathon

The first London Marathon in 1981 had 6,255 finishers whereas 34,497 crossed the finish line in 2008. The London Marathon is a very popular event for participants worldwide: spectators who line up cheering throughout the course and the viewership tuning in on the Internet and television help to make London a major athletic showcase on par with any other major world-class sporting spectacle, like Super Bowl or a World Cup soccer match. Additionally, London is one of the five World Marathon Majors and is shown on television in over 150 countries. Apparently, the 2009 race has received over 110,000 applications from the UK alone; for the chance at a ballot for an opportunity to register.

The course is flat, fast and wends its way throughout many historic areas of London. Runners pass landmarks that identify the city on many postcards and make up the backdrop of tourist’s vacation photos the world over.

Christopher Kelsall: To consider entering into the marketing bailiwick of elite and destination marathon sponsorship, one would think it is an easy decision to make. Banks and other financial institutions have been involved for years for the obvious benefits. Congratulations on the decision to support the London Marathon.

Richard Branson: I’m delighted that Virgin will be sponsoring the London Marathon. It’s an epic and inspirational event and raises a fantastic amount of money for great causes. It’s the single biggest fundraising day on the planet and we want to make it even bigger, our aim is to help runners smash the £¼ billion mark in five years. We’re looking forward to putting on a great show for London.

The London Marathon 2010 will be the 30th in its rich history and we want to make sure it is the biggest and best yet. We’re working on some ideas that will raise even more money for good causes and we’ll be aiming to help the runners to continue to blow all other fundraising events out of the water.

CK: You are known as an adventurous person, especially with the hot air balloons and your varied business ventures. Have you run a marathon (if not) do you plan on running one, one day.

RB: I would certainly never rule anything out. From talking to people who have run marathons, however, it became very clear to me that the amount of training involved in running a marathon is quite incredible. And that is my biggest hurdle to running 26.2 miles – the training involved to make a good fist of it. I am constantly on the go travelling all over the world for both my business and charitable interests so getting the time to do the miles and pound the pavements would be difficult. If you could run on a plane I would be okay as I seem to spend so much time in the air. Maybe that should be my next thing — treadmills on planes!

CK: Unlike most other sports, marathon running transcends the sport aspect from being elite athlete-centric to participatory and destination event focussed. We see this with Oprah Winfrey, P. Diddy and Lance Armstrong and various other celebrities who try the marathon.

Are you looking at other large scale marathons to sponsor such as New York, Chicago, Boston, and Paris if they should become available?

RB: Virgin has signed a five-year deal to be the official sponsor of the London Marathon. The London Marathon really captured my imagination because as well as being an iconic sporting event it is also the biggest fundraising event in the world. Virgin Money, the financial services division of the Virgin Group is leading the London Marathon sponsorship with the ambition to help runners raise £¼ billion over 5 years and will use its infrastructure, online capability and financial expertise to deliver even more money for good causes. That’s why we are sponsoring the London Marathon and we will be putting all our efforts and focus on that.

CK: One of the items listed in ‘About the London Marathon’ on the London Marathon site is the uniting of the family of man – “To show mankind that, on occasions, the Family of Man can be united”. You have had some political dabbling in the past, are you looking at entering into politics one day, for example, Mayor of London?

RB: I will not be running for London Mayor. My business, social and charitable interests spread far and wide and becoming the Mayor of London would be too restrictive for me.

CK: The destination marathon runner demographic profile suits the demographic that a financial institution would be interested in supporting. Runners are also often environmentally conscious. Is there an opportunity here to associate Virgin Green Fund and Virgin Fuels too?

RB: Well, it is the Virgin London Marathon so all Virgin companies will have some association either directly or indirectly. Virgin Money, the financial services division of the group, is leading the sponsorship and they also offer a climate change investment opportunity for retail customers.

CK: Apart from providing investment at an inflection point of growth for green companies working in renewable resources — which is something the governments often only talk about — are there any future plans to take on supporting direct stewardship at any level?

RB: We have lots of plans already in place and are always on the lookout for opportunities where we might be able to make a real difference to people and communities. We’ve called on the leading governments to join us in The Virgin Earth Challenge by matching or adding to the prize pot available ($25m) to encourage solutions, which could save our planet.

We have put $100m in the Virgin Green Fund, which looks for opportunities to invest in established businesses looking to raise expansion or growth capital in renewable energy and resource efficiency – two key sectors for the 21st Century.

We also have various projects under the Virgin Unite banner such as RE*Generation – a campaign to help marginalized young people here on our doorstep in the UK. Green Spot, which is about joining us on our journey towards a sustainable lifestyle. The Music Movement, which was created to support a community of musicians willing and able to help tackle tough social issues. Heaven’s Angels is all about getting healthcare moving in rural Africa with an entrepreneurial twist.

So, with that brief overview, I hope it gives you some sense of what we are up to in the social sector.

New products, services and markets are opening up all the time around the Virgin Group. Our challenge is to make sure these efforts are profitable, and where possible, have a social and environmental benefit. I want to inspire our new ventures and existing operations to use business as a force for good.

CK: On the heels of the news the other day where Paris Hilton said she feared that if she attended a space flight in your ship Virgin Galactic, she may not come back soon enough and may not come back for 10,000 years. She says she wouldn’t know anyone at that time and would have to start all over.

Do you have a contingency plan to help her and her anointed BFF’s re-entering high society at that time?

RB: The most important thing is that there is a thriving and sustainable ‘society’ for her to return to in 10,000 years’ time. She’ll be fine!

CK: The UK possesses a great history, but a flagging legacy of top-level marathon racing. In light of this, are you in-effect, by your association, bringing a different audience to the marathon — perhaps motivating youth in the UK to run?

RB: Paula Radcliffe is a great British ambassador, both for marathon running and sport more generally. She recently won the New York Marathon and I know she has plans to continue competing at the highest level. That and the fact the Virgin London Marathon will span the London 2012 Olympics should act as a great boost for people to get involved and active. I do think we will be able to reach a new audience and if we can play our part in inspiring more people to get active as well as contribute to great causes because of our involvement that would be fantastic.