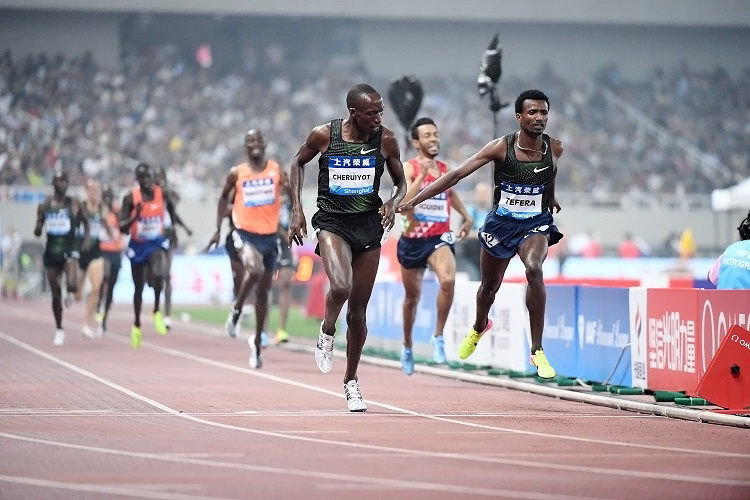 The second leg of the IAAF Diamond League in Shanghai gave rise to the 8 best performances of the year and 5 meeting records, and 4 of these winners are scheduled to compete at the Herculis EBS meeting in Monaco on 20 July.

The world and Olympic champion Omar McLeod won the first event of the Diamond League 110m hurdles in a time of 13.16, equalling the best performance in the world. The Jamaican holder of the national record of 12.90 will be competing at the Prefontaine meeting in Eugene this weekend and will be one of the athletes to watch this season as the world record (12.80) could fall at any time.

Reigning world champion and winner of the Diamond League 2017, Lijiao Gong will be competing in the shot put competition on 19 July at the prestigious Port Hercule in Monaco, which is where the Formula 1 racing cars make their pit stops. She won the Chinese event thanks to a throw that has taken her to the top of the Diamond League ranking and the World ranking with a distance of 19.99m.

Beatrice Chepkoech is the 4th woman in the world to have run a sub-9-minute time in the 3,000m steeplechase. At the meeting in Shanghai, she won the event in a time of 9:07.27, synonymous with the best performance in the world this year and, most importantly, shaving a huge chunk off the Monacan event record, which stands at 9:11.28 and was set by Habiba GHRIBI in 2015.

This year the Men and Women Shot Put will take place the evening before the meeting on the prestigious Port Hercule, stage of the Formula 1 Grand Prix of Monaco. Entrance will be free.